I have tried a CERTICABLE NEW TECHNOLOGY CAT8 cable, directly from my CISCO switch to the Klimax DSM/3, but I do not hear any audible improvement compared to a standard CAT7 one.

Now my question is: Has anyone tried any CAT8 cable? What would be your opinion? Is it worthwhile to spend $,$$$?

I am using the Supra Cat8 LAN cable and connect to my Naim Unit Atom. 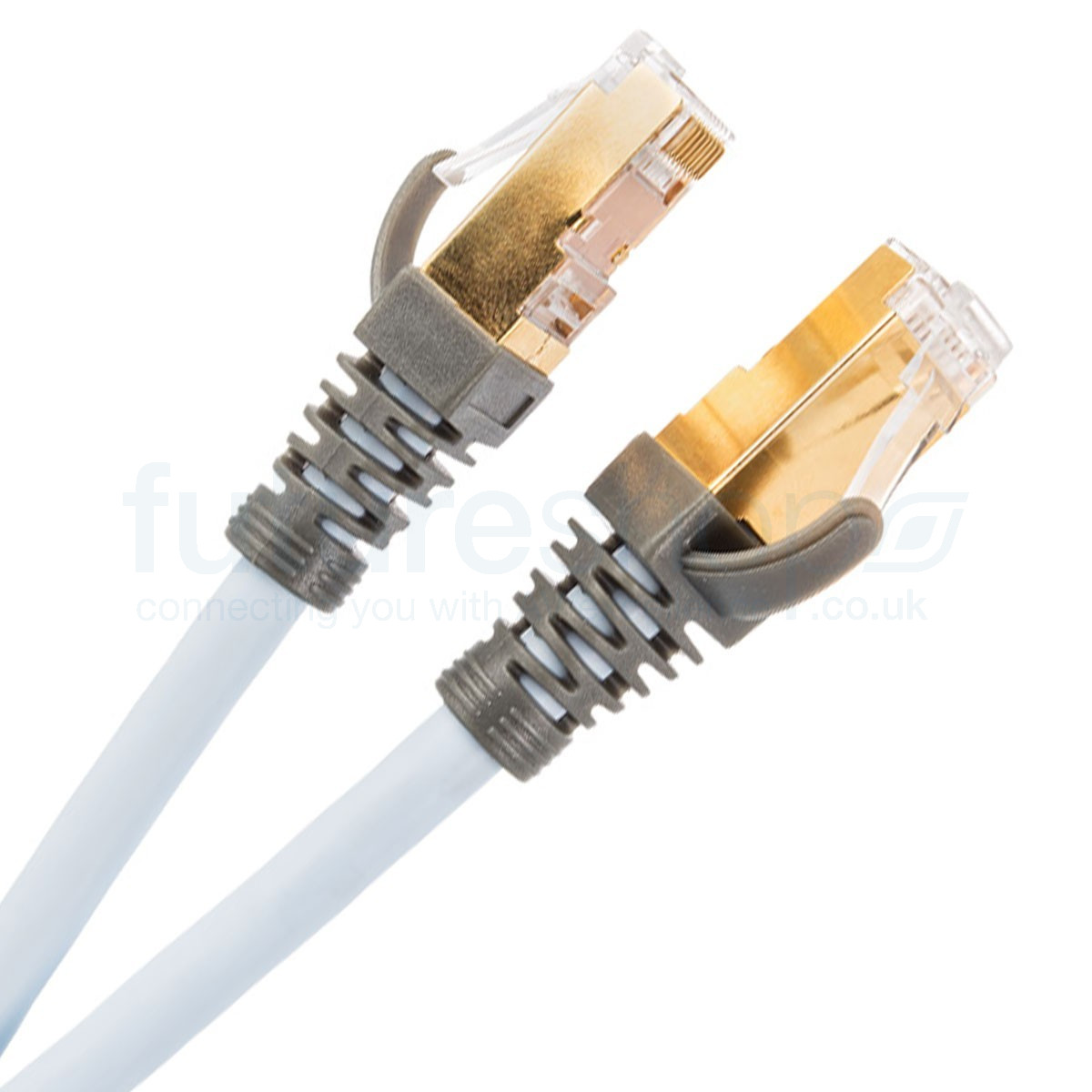 SUPRA Cat 8 is one step ahead by providing a future proof cable supporting up to 40GBASE-T over a single cable. It is backwards compatible with standard Cat 6A.

Does it sound better than the standard Cat 6A?

Depends on the LAN cable manufacturer.

Yes, I understand that cat8 is specially designed for greater bandwidth, high performance network, but there are quite a few folks out there claim that it can greatly improve the SQ of a high quality audio streamer, which I find a bit dubious.

Yes I agree, and I think such observations are based on stub loading and noise shaping which could occur on any cable type (the Cat spec becomes largely irrelevant) , you might even benefit using hand rolled Ethernet twisted pair cable… at Fast Ethernet it’s easy to do… surprised more don’t try it… some Kimber Kable, a vice and a hand drill, create two twisted pair runs… you could be well away and one could tweak and tinker to ones heart’s content.

But it is still interesting to hear the opinion of the people who are actually using cat8 or other expensive ethernet cable types? Do they really hear the differences? Is it a placebo or is it something that clearly improves the audio streaming network? If so, which one? Audioquest Diamond, Audioquest Vodka, WireWorld Starlight, Nordost Heimdall II?

On the opposite spectrum, I think there is a guy in this forum claims that he hears no difference between a wired ethernet and a homeplug connection.

I would also point out that although the cable might be cat8 rated the 8P8C connectors on the ends certainly won’t be.

Not using Cat 8 any longer as I preferred Blue Jeans Cable Cat 5e patch leads for flexibility and couldn’t hear an iota of difference (I use BT Connectix Cat 6a for my network infrastructure). Cat 8 from Supra was not very expensive and person who has it now swears it sounds better in his system. I use Linn DSM and Mac mini as sources and he has Naim NDX.

I also borrowed AudioQuest Vodka and found I couldn’t update my Linn DSM with it in place. A simple ping test revealed why. With BJC Cat5e patch leads there is no problem. I now avoid audiophile digital cables though no problems with Supra.

I did link to a report in another thread where listeners (double blind testing) could not tell a cheap out of spec $3 patch lead from AudioQuest Vodka, but a couple of forum members seemed annoyed by it. I guess try it and hear (or not) is the only way.

On the opposite spectrum, I think there is a guy in this forum claims that he hears no difference between a wired ethernet and a homeplug connection.

Would not surprise me in the least. I believe removing HomePlugs was a good move for me as some high frequency noise seemed to go away, but I may have imagined it. I don’t use them any longer.

Do you twist clockwise or anticlockwise ?

There are some views from other audiophile forums that Ethernet cables play an important role in the home audio streaming, for example one guy in a prominent HIF forum started a topic “Throw Away Your Ethernet Cables And Audition Some Cat8 Ethernet Cables?” which is soliciting at least 1,129 enthusiastic replies.

The most disappointing for me where the Supra (flat and lifeless) and AQ Vodka (overblown bass).

I tried with the Supra, Chord and SR setups to got loom into system as possible, as in power cables and all ethernet the same.

which is soliciting at least 1,129 enthusiastic replies.

… I agree 1129 replies, but not enthusiastic. Some positive, some not, some asking questions, some drifting the thread up goat trails & some pointing out that that its not recommended by Linn

the most disappointing for me where the Supra (flat and lifeless) and AQ Vodka (overblown bass).

So Ethernet cables do have sound of their own? I am interested in ways to maximize the SQ of my system as I am using both MM+Chord Hugo1 and Linn Akurate DSM.

So Ethernet cables do have sound of their own? I

Only when coupled to a susceptible host system. TI produce a design white paper on how to reduce the loading of Ethernet cables and the resultant noise emission which will couple to host systems and typically produce an audible / noise shaping effect.

Thanks Simon, you’re really a wealth of info regarding networking, streaming.
I also suspect the build quality of the connectors probably makes some differences?