Hi Guys, In this turbulent times and being old and self isolating my CD555 Spindle part as pictured
broke in two-so no tunes for me

.
With the Factory in Lockdown and no one has even any idea of this part and no supply.
If anyone knows where this item could be obtained I’d be very grateful . 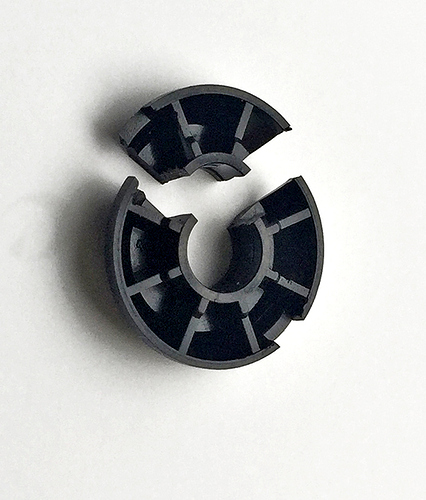 Do you not have a bit of epoxy?

I’d guess that your only source would be from Naim.

As Garyi suggests, as a temporary fix you could try gluing it together. Don’t use any cyanoacrylate as this tends to melt some plastics and acrylics and shrink them slightly. A plastic adhesive should do the trick.

I’ve never seen something like that. Out of interest, how did it happen?

Out of interest and for 100% clarity (on my part), is this the cap with the 3 impressions on top?

If so, I have seen this split in another CD555 (a not very old one) - although why so (as Richard queries) wasn’t clear.

I have had this happen several times now on my 555. It requires a mechanism replacement by Naim.

You should still be able to play the 555 by putting the broken pieces in position and using the cd and puck to hold them in place. Worked for me on many an occasion.

Hello Richard , I picked up the CD that had finished

and if come away with the disc–in the two pieces !

And yes I considered getting out the Loctite-! 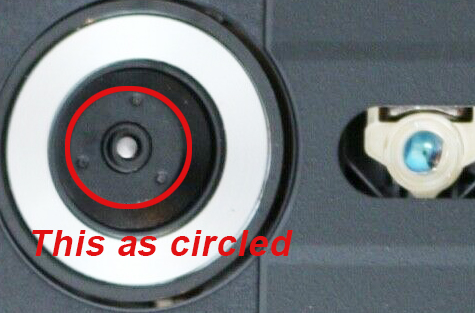 Tell me it isn’t so

Thank you Gaz–if they are not in Lock down too!

Guess just have to ride it --till the World stops Spinning-if I live that long!

Thanks - I feared so, I’ve seen another one cracked - the story of the injury being the same.

Appears a classic case of a 10p bit of plastic molding downing a highly engineered and expensive bit of kit (same story with some CH boilers from a few years ago in the UK).

As I understand matters, it’s a relatively cheap if bothersome fix for a new mech - also time for a general service?

I have had this happen at least three times now, probably four (I’ve lost count) and each time it has had to go back to Naim for a full replacement and repair. Your other choice is to glue it all back together if you can - fiddly job.

As said above you can still use machine by letting cd and puck grip it all together - it will work for now.

I’ve just checked my current mech and all is good. But first signs of a problem are normally a tiny hairline crack in the spindle. Then sometime in the future the hairline crack will break and you get what you currently have.

I guess that if it’s a part of the Philips VAM1250PRO mech then component parts making up the assembly may be hard or impossible to now source, hence why a replacement mech would be the only thing Naim could provide and fit. @NeilS may be able to advise here.

In pre Covid-19 times my 555 lid mechanism failed. It went back to Salisbury and a new Philips laser unit was fitted plus other updates as well. From memory, about £650. Never had the broken spindle problem.
Try not to loose the clamp. I lost mine briefly and that’s some time ago. I was quoted £260.

Try a bit of lateral thinking , looking at the part looks like it would be a very easy thing to have machined. You have the part as a pattern and many one off / small run parts used in food production are made from various types of plastic. Look for a precision machine shop , but you may struggle in the current situation.

Try not to loose the clamp. I lost mine briefly and that’s some time ago. I was quoted £260.

… and then you found it.

A common problem that can happen - especially when playing ‘tight-fitting’ CDs when the hole in CD pinches a little more - mine went after a few years - got it replaced via Dealer - a few years broke again - replaced again.

It is a snap in place easy to replace part takes a few secs to fix - if you get the part from Naim!

That can be the delay.

In meantime as work-around you carefully place enough of the remaining parts around spindle to center the CD and the magnetic puck holds it fine to play a disk.

One annoying thing I found is that it actually sounded better like this. The non-flexing of the CD being held a little looser, but held, was an upgrade for me.

But in any case - Dealer obtained part - fitted brand new part and back to normal service.

That’s good to know it can be replaced without scrapping the mech. They’ll soon run out otherwise and CD555 users will be stuck.

I like Adam M’s idea about Naim maybe 3Dprinting a batch of them up though. Save the Mechs for when the Mech itself dies.

That would be excellent as it is a simple snap-replace small part. Possibly slightly reduce the radius just to reduce the reason it can wear out, which is lots of use over years with a few CDs in your collection that are slightly tight and stress the plastic.

Mine went back to Naim 4 times for repair and every time it was a new mech.