I got a CDS3 end of last year (2020) and sent it to Naim UK for a full service. There were some problems with the player then. Naim gave it a clean bill of health except for a ‘cracked platter’ which was replaced. So it came back.

My CDS3 is quite an old unit and had it mech changed from the 1250 to the 1202 by the local dealer about 3 years before I bought it. So the 1202 mech is about 4 years old now as far as I know. And now i have a problem with it, basically it is skipping. When it first came back, i already encountered this skipping problem so i dont think the problem developed over time.

So i am trying to determine if it is the problem with the CDs or the S3.

But it could also be the CDs. Why i say…

So I don’t know what i should do now. There is no point sending the player back to Naim I guess, since they just gave it a clean bill of health and also they have made it known they cant get hold of the replacement mechs and also I don’t know if it is the problem with the CDs and not the S3.

I can find someone locally to change the 1202 mech, but i really hesitate to let someone that may not be totally familiar with a S3 touch the unit.

Any advice from anyone?

*Special note on that one English CD that doesn’t play on my S3. I remember that before i sent my S3 into Naim for the service, that CD was playing fine. But when it came back, it just couldn’t play the last track. It will give a “err” message, but I was well prepared to ignore that 1 CD. Its a US pressed Expose Master Hits.

1- have you checked the rubbers on the underside of the puck?

You can rotate these slightly with something like a cocktail stick. Often the skipping is due to puck slippage - which can be erratic.

2- the other general reason is that the inner ring of the CD is slightly too thin, so it isn’t gripping 100%. This can be addressed by applying mall pieces of Sellotape or something like this - obviously just cut around the hole to thicken the hole surround.

If the puck is heavily worn, that is the rubbers have ‘given up’, then you should be able to get a replacement - perhaps via mail order?

Mine is the 1202 mech so it uses the puck with the metal ring without the rubber feet. And I just got myself a new puck just to rule out the puck.

I did try the sellotape method but doesn’t really seem to solve the problem altogether.

I’ve had this problem twice in my CDS3’s life.
First time was a puck issue. The puck had the little rubber rings that can flatten over time. Rotating them slightly solved the problem. I’m unfamiliar with the puck for the 2202 mech though - rubbers and magnet or magnet only?
The second time however was a mech failure. I hope it’s a puck failure. If you can source a new mech maybe Naim would agree to fit it. Obviously it wouldn’t be Naim’s fault if the mech is a dud. I know I’d take a punt at keeping my CDS3 working.
Hope you get sorted.

Edit
My rather slow typing makes this post somewhat redundant.

First of all, if you have dirty or mouldy CD’s, clean them! And the inside of the jewel case if applicable.

Since Naim have recently given the player a clean bill of health, and you have replaced the puck, I would suggest replacing the CD. If it plays fine, your old CD(s) is the problem. Throw it away. If the new CD skips, especially in the same place, your player may be at fault. Talk to Naim.

Also, check the condition of your CD’s. Are they scratched? Some scratched CD’s will play just fine, others won’t.

One other point I noticed with my CDS2

As well as cleaning the puck I noticed there was some dirt on the spindle where the puck connects. I gently dabbed it with blu tack until it came away clean

CDs played much more reliably after that

My CDS3 started skipping at the beginning of most cds. This soon became more random and finally happened all the time. The magnetic puck was changed but no solution. The laser mech proved to be at fault. Naim has no replacements and will not repair with a self-sourced replacement[for obvious reasons] Some lasers last over 10 years while others begin decline much earlier.

I can’t remember how the CD is located on the CDS3 and my suggestion below may be irrelevant. I had a late CDS3 with the VAM1202 (factory fitted in production) and magnetic puck. I doubt if there is a problem with the magnetic puck as it is quite strong, but as suggested, it is worth cleaning the surface on which the CD is located with Bluetack to make sure the CDs don’t slip. I would however also check that the CDs are locating properly on the spindle. I had an issue with my 555 (and others have noticed this too). There is some minor inconsistency in CD manufacture that makes some of them a bit of a tighter fit, and on the 555 they have to be pushed down to make them lie flat. If they don’t lie flat the laser cannot read the disk accurately and it skips. This could be an explanation of why some manufacturers’ CDs are better than others.

I’m getting another copy of a cd that skips. But both will be used cds that aren’t mint but aren’t scratched. Let’s see if the other copy skips at the same place when I get hold of it.

It may be down to pressing quality (or lack thereof) or that the discs themselves fall outside of Redbook spec (especially if longer than 74 minutes).

You could try putting the player into soak mode. Choose a known disc that you know is perfect and scratch and error free. Load it in the tray with the clamp on. Switch on the player while pressing and holding the play button. It will enter what’s called “soak mode” which can be a useful diagnostic tool. It will play the disc on repeat and will count any errors it finds. If it finds lots of errors on a disc you know is perfect then that can indicate an issue with the mech or player itself.

With my Naim CD players if a disc was problematic it was usually down to one or other of these factors.

A workaround with a problem disc is to try to rip it as best you can and then re-burn it to CD-R.

I seem to remember that the red book standards applying to the thickness of a CD wasn’t adhered to very well. Naim CD players sometimes struggle with those a long way out of tolerance. If it’s not the puck then hopefully this explains it, otherwise it may be early signed of it’s demise. I hope not though!

I don’t think I’ve ever had a problematic disk for my CDS3 if so it was one in many. Sorry I know that is not helping.
I hope you get them sorted so you can enjoy the player

In the soak mode, how does it tell you how many errors it found?

It will flash 0 until it encounters an error. It will then count errors up to 10 and stop.

Is there a way to load a video onto the forum. I realise the way the s3 spins a cd that has a problem with the last few tracks is different from that of one that plays fine.

For those that play fine, it will spin the disc and come to a stop slowly and then stop immediately.

For those with a problem, it will spin and then slow down, then accelerate again and then takes a while to stop spinning.

Most of the Chinese CD’s I have come across (often pirates of Japanese releases) have some issues with skipping. I am sure there are genuine CD’s pressed in China but I have never come across them. As a collector who is very active in some communities its a known way to differentiate between sole genuine Japanese Cd’s and fakes!

I believe with your mech you don’t have the rubber band puck.

Your issue here, for me anyway, is very much what is universally known in collecting circles and thats Chinese pressed pirates are VERY inconsistent in the music replay. Packaging, quality even matrix details are expertly reproduced, so much so they can faithfully replicate Japanese presses minus the plastic CD inner sleeve usually and double sided stickers that the Japanese sometimes use!

I always avoid the mainland China made CDs. The Chinese CDs I have are all from Hong Kong or Taiwan, so they are all “original” per se. Frustrating to say the least.

Is there a way to load a video onto the forum

Upload it to YouTube and then link it here

In this first video, such discs play ok. 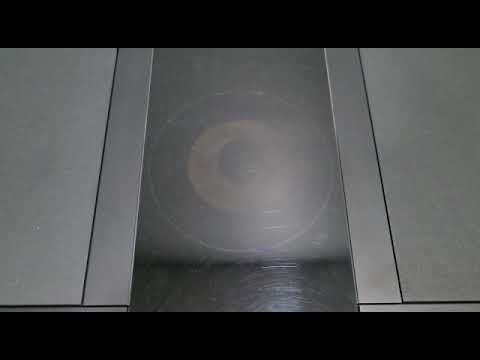 You can see the disc spins and then gradually comes to a stop.

In this 2nd video, u can see the disc spins, then gradually slows down, but then spins quickly again before coming to a stop. 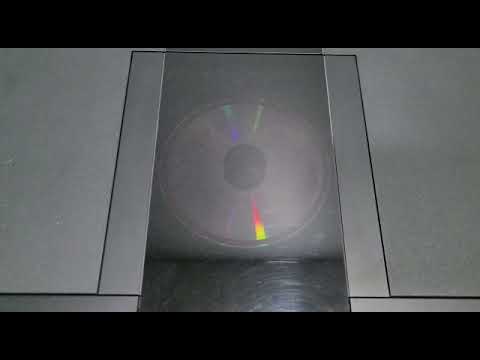 For such discs, I will be able to play the first few tracks but not the last few. It will either start skipping or show an “err”.