This would be to replace the el-cheapo Nokia (ISTR it was £35) that I keep in the glove box of the car. Essentially just to add the option of the internet (radio) in the car. The new car was supposed to have the option of taking a data SIM to allow a wifi hotspot and internet radio in the vehicle - the last Audi did. However it looks like this feature has been removed from MY21 Audis

Bottom line they expect you to do this sort of thing via your phone.

So… plan B is get a cheap smartphone with BT to leave in the car. This will tether to the car and hopefully add that lost functionality. tbh I’m not getting far discussing this with the Audi sales guy… he’s a nice bloke (well car salesman have to be ‘nice’ to the customer) but he assumes do it through your iphone…

Anyway… what I want is a cheap smartphone, Android (at least 8). Wireless charging would probably be good but not essential. It needs to take a large SD card so I can use it to double up for music storage - this role is currently performed by a 512gigUSB HD in the armrest but using the phone for this would reduce box count. No fancy cameras etc… it’s just to keep in the car. I’m looking at the c. £100 or less from China no-name models off ‘The River’ or ‘Botony Bay’. Must support Google Store (I’ve been bitten in the past by cheap products that don’t and it was a pain trying to find apks).

Another update… what about the Galaxy A12…? okay we’re talking c. £150 but it seems to be very well reviewed.

For around 100-150 quid you can get something like a Xiaomi 9T (which i have). This is a major brand so not something unreliable. Works great, never had any issues with it. Mine is on Android 10, and it has 128GB internal storage as well as an SD card slot.

Galaxy A12 would be fine too i think.

Yes that looks excellent as well

I think the problem here is going to be there are too many products to choose from! For me the G10 wins over the A12 purely 'cause it’s cheaper

So the G10 is Micro SD for storage? Yes?

Motorola G10 looks like a great option for your use case too. A bit lower spec’d than the other options, but since you only use it as a music player that should be no problem.

Yes, check the specs on the Motorola website, 64GB onboard storage with MicroSD up to 1TB supported.

I would look for either a Pixel (4a?), which will be slightly more expensive, or a phone with Anroid One. I think Xiaomi, Nokia & Motorola all have them.

As the updates come straight from Google and are closest to stock Android you’ll at least be guaranteed regular security (3 years) and OS updates(2 years) and the least brand specific stuff.

If you google “Android One” you’ll find the page on the android website listing all phones.

For any phone it’s always worth looking at the release date as the more recent the longer it’s likely to keep receiving (security) updates for.

Look on flea bay and get an unlocked 2nd hand phone. Buy a cheap SIM card from the likes of Giffgaff with enough data to cover your needs. It’s a monthly contract so not tied into 12months . One plus is another name worth looking into

Just a thought: If there is an audi specific appliction you need to run on the phone, make sure your intended phone supports it.

Yep… Audi app needs Android 8 or better. Apart from that it seems to be easy to appease.

Short list seems to G10 or A12. Looking at the specs and they are VERY similar… it’s almost as if they’re designed to directly compete. Leaning towards the G10, basically 'cause it’s £20 quid cheaper

In fact… unless I discover something untoward I think the G10 is the one to go for.

Well if you do care about performance, the Xiaomi 9T is about 6 times more powerful than the Galaxy A12: 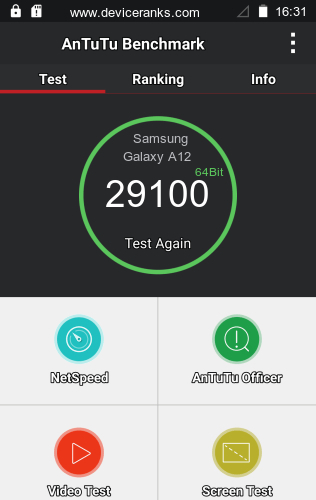 AnTuTu test score and benchmark results for mobile phone Samsung Galaxy A12 in comparison with competitors. 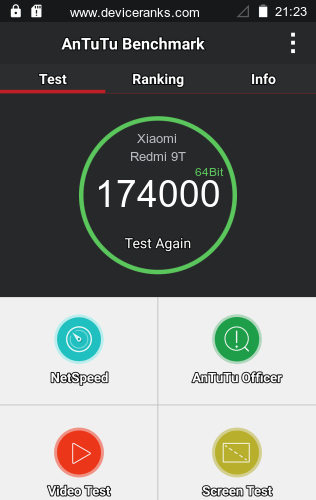 The Motorola G10 is somewhere in between: 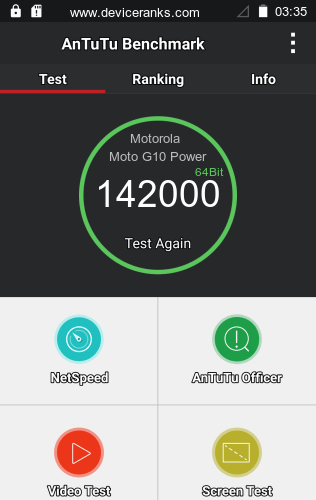 This is the G10 Power which, I think (though these things DO confuse me) is not the standard, cheapo, G10.

The G10 Power is the one listed in the benchmark above yes, but the standard is almost the same:

Oh right… I read the processor was 27% faster on the A12 when the above specs contradict that. Perhaps there are other factors like graphics speed.

It’s like buying HiFi (or anything, I find): There’s always something better for just a little more money

9T was i believe the name of the model when it was first introduced, the current model is named Redmi 9: 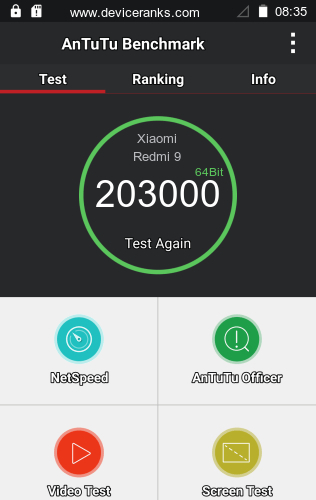 It costs about 100 GBP in my country (Netherlands).

If i were you, i think i would go for the 64GB model which is about 30 GBP cheaper, since you will be putting an extra SD card in for storage anyway. So the difference in base storage (64GB vs 128GB) is not so important in that scenario. 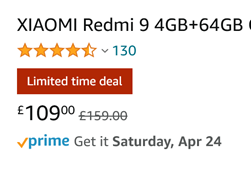 thanks for all the advice.