I’d always wondered about starting a new thread on this forum similar to What are you listening to and WHY might anyone be interested? for purely classical music but was never brave enough to do so. Perhaps someone else would care to do so—or perhaps this thread will develop along those lines.

Haha, yes, that was my aim in the three Classical music threads I started up once the new version of the forum came into being. I did not want to see discussion on Classical music swamped by more talk on the remastering of 1960/70s rock albums. Classical music sounds wonderful on the new Naim streamers and with the music being so full of vitality at the moment it seemed like a good time to give all this some visibility in the here and now, as it develops. Hence my initial emphasis on all those lively twenty somethings working with both the traditional and the new.
I was hoping we can introduce each other to new music.
One of the ways I am listening to music is on CD. I have had these stacks of CDs sitting not played for some time. I am now playing through each stack from the top disc down, no matter what it is. It is a very interesting experience. This one just came off the current stack - 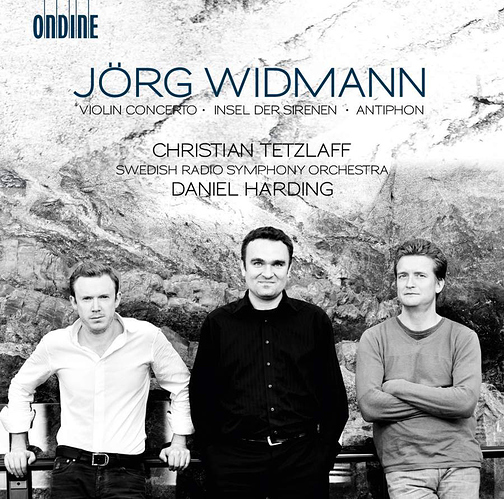 BTW, do we need to change the subject header of the thread to include all forms of Classical music playback, streaming, high res, CD …

It may be beter just to start a new thread called something like “The classical thread” with an introduction which says it’s all about classical music in whatever form you listen—but more about the music than the equipment.

(Again apologies to anyone who is becoming increasingly sensitive about this particular thread careering off-topic!)

Hi poulisgr, not sure if you know Tidal does provide this. Just select Genres from menu, ‘Classical’ , ‘New Releases’.

To Stephen_C and blackdogbarking: thanks both for mentioning the Currentzis recordings, I too had missed those. I have the Currentzis Mahler 6, as a download, and I am aware of his Tchaikovsky 6, though not sure if I need another Pathetique.

The availability of many superb high res downloads in the classical market is very welcome, though it has to be said that this is at the expense of the specialist classical CD retailers. I used to enjoy visiting them, browsing and finding releases I would otherwise have missed, not to mention chatting with fellow classical afficionados. The pleasure of a CD is however often in the presentation packaging and notes, which are missed in downloads however.
Agreed, let’s keep the classical thread going, open to all!

Thanks Stephen and Chris.
Right, I’ll initiate a new Classical music thread drawing together the themes we have been discussing. I will think up a title and begin with a response to Chris.
More soon.

@jamiewednesday: yes it does but alas no systematic way to filter new classical releases like Qobuz …