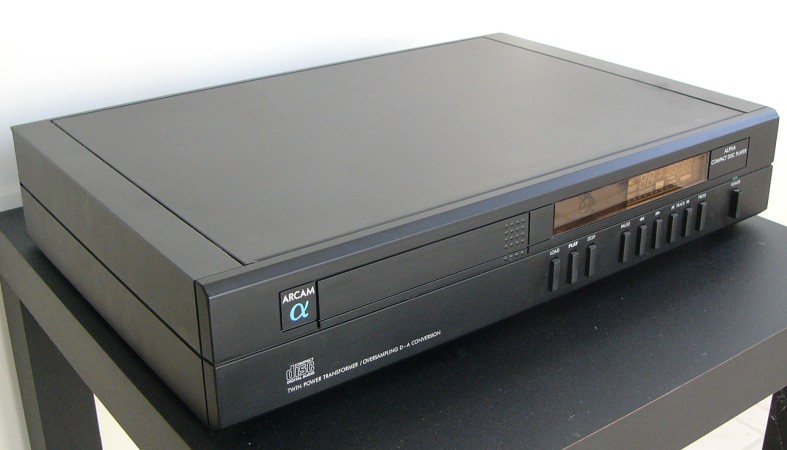 Some information about it from the Inside Classic Audio blog. I’d post a link but as the blog talks about modifying the player I’m not sure if that would be against forum rules.

The Arcam Alpha was the first CD players in Arcam’s lower cost Alpha line. This player is based on a Philips model, and uses a Philips mainboard, loader and laser mechanism, but uses a Arcam case, power supply and DAC board. It shared the same style as contemporary Alpha components, namely the Alpha 1, 2 and 3 integrated amplifiers and the Alpha tuner. It is not to be confused with the much more modern Alpha One, to which it bares no resemblance

This player uses a familiar range of ICs; the TDA8808 and TDA8809 servo, the SAA7310 decoder, the SAA7210 digital filter and the TDA1541A DAC IC. Arcam tapped the I2S line from where it would have entered the mainboard’s original DAC IC (a TDA1543), and routes it to an Arcam designed and made DAC board. This board contains the TDA1541A DAC, the two OP27 and two NE5334 single opamps that form the output stage and two LM317Ts and two LM337Ts that regulate the supplies needed for the DAC IC and output stage opamps. The board also contains a rectifier bridge and filter capacitor bank.

The sound quality of the player in stock standard form is actually quite good. The better power supply to the DAC and improved output stage put this CD player a step ahead of many others, such as the previously posted Mission PCM2.

This is the Alpha 5+

I forgot about those early Mission CD players. I used to sell quite a few of them in the 80s when i worked weekends in a hi fi shop whilst at uni. From memory they were £399? but was a long time ago, definitely the best sounding in the shop vs Philips, JVC, Technics etc. I used to blast out Bete Noir by Bryan Ferry when the last punter had left, always on the 7000 and Mission Cyrus 2 amp, hooked up to some big Mission floorstanders. Happy days!

I have fond memories of the the Arcam Alpha One. It was a great budget player in it’s day and was a real threat to many of the far eastern budget players coming over from likes of Marantz & Pioneer back in the day. Here’s a pic of one from the net. 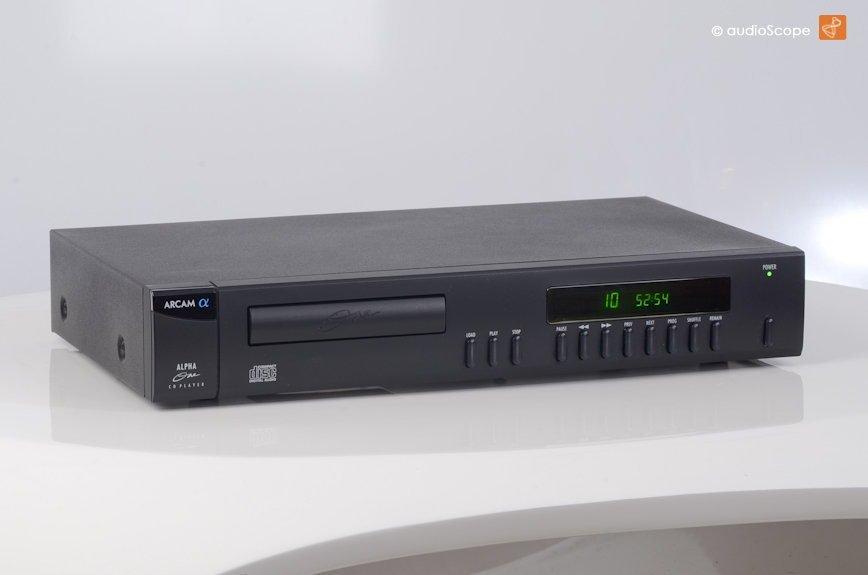 I was the sales guy at Philips Components selling the CD mechs into the UK and Nordics in the early to mid '90s. I wish I had been “tuned in” to HiFi when visiting the likes of Arcam, Linn, Meridian, Mission etc. back then. They were happy days though.

I had one of these – a Marantz CD6000 SE – for a decade. Great machine, lovely build and great “analogue” sound. I wish I hadn’t sold mine… 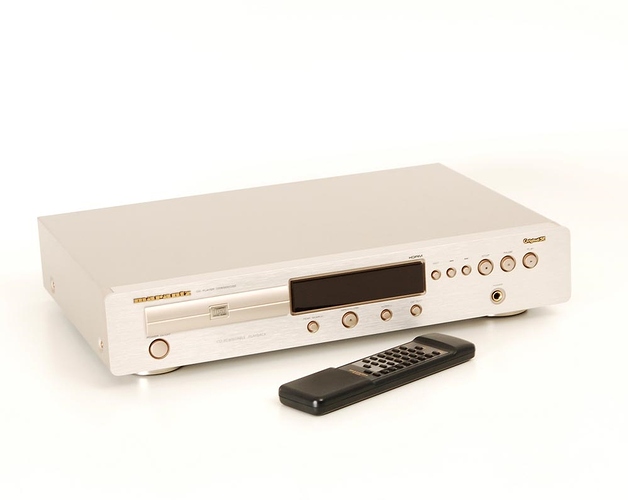 Also these very early nineties players from Denon were built like tanks and sounded beefy as hell with there multi 20 bit linear converters. I had the 1420 model (one below this) and it just ran and ran and ran. I sold it in the end and got a good price for it to help fund my first British amplifier. Pic from the net.

I had the Trio for over 20 years until I couldn’t get it repaired, great player. I did buy the Solo, but only managed one CD before the top end hurt my ears and I took it back and got the Trio.

No brainer choice ( at max half the budget ) is Linn’s Karik 3. Build quality second to none — particularly the in house built transport mech which is brick outhouse solid and dependable. Hitachi laser mechs are still available which helps. Solid, detailed and tuneful sound which wouldn’t be out of place in a top class rig. 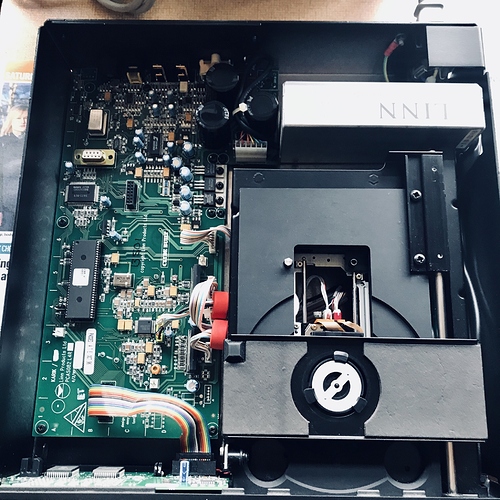 Thanks to all - Mr Tibbs is a timely reminder of Linn. I used to run an LP12 with Linn power amplification, Naim Pre-amp and power supply, feeding Kans. Great days!

I used a 1520 for many years built like a battleship and sounded very good into my Naim system.

Later, we looked at upgrading to something like a bare Naim CDX but the only other player that seemed to make music flow was the rather lovely, top loading Rega Saturn.

Still, we kept the Alpha + until someone showed what an XPS did to a Naim CDX. Gosh. The Alpha + went to a relative and in came the newly launched CDX2 with an XPS2.

That Alpha + is still working to this day!

Linn started making CD players before Naim, didn’t they? How did the early Linns sound generally, especially compared to Naim’s early players? In the 90s, I very much had my eye on a full Linn system (not being a fan of Olive aesthetics*) and although I never had the money back then, I’d be interested to know what (if anything) I missed.

*Yes, you read that right. I think CB still looks cool, current black boxes are neat, but the Olive look never did anything for me back then, nor since. Stop clutching your pearls.