The time has come to talk about 2020, as posts in the 2019 thread have already suggested…

Kicking things off then - I am due to take the junior troops to see The 1975 at the O2 in London in February. (Always liked their guitar sounds, can’t quite love the vocals but still trying…)

Just booked tickets for Steven Wilson at the o2 next September

Rammstein in Cardiff in June. Hoping for something unlike anything I’ve been to before

Al Stewart with “The Empty Pockets” in Glasgow a week or two ago, and probably my last concert this year - Rhiannon Giddens (Usher Hall, Edinburgh) - December 01.

Elton John at O2 in November

I doubt if I’ll be able to get to this gig, but it looks great. 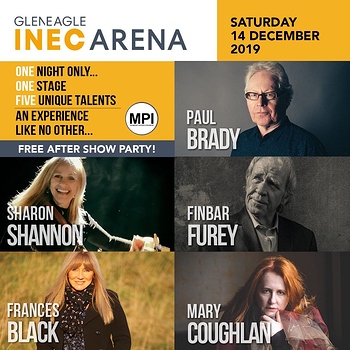 You might like to have a look at this - Wilko explains how ‘easy’ it is to play his guitar style. Lovely guy.

Thanks for that Andy. Great video. Really looking forward to this gig. I’ve never seen the original Dr. Feelgood or Wilko live before although I have a few records.
I did see a latter day version of Dr. Feelgood Who were pretty poor to be honest.

Back in the early ‘80s Wilko used to play the sadly long gone Torrington in Finchley, in the back room of the pub, low ceiling above the stage. Every time I saw him there he’d do one of his jumps, hit his head on the ceiling and look surprised as if it hadn’t happened before.

I saw the original Feelgood’s in a pub in Soufend😉, priceless, Wilco wore out the grubby carpet doing his walk to the front of the stage and back.

Must have been magic. I would imagine the original band with Lee Brilleaux and Wilko must have been something special live.

Nick Mason’s SOS at the Albert Hall next May.

I’m going on the Cruise to the Edge as a career celebration, pre retirement thing. I’ve always wanted to go on a cruise and it has a lot of bands that I would travel to see live. It’s quite exciting and a once in a lifetime opportunity for me. 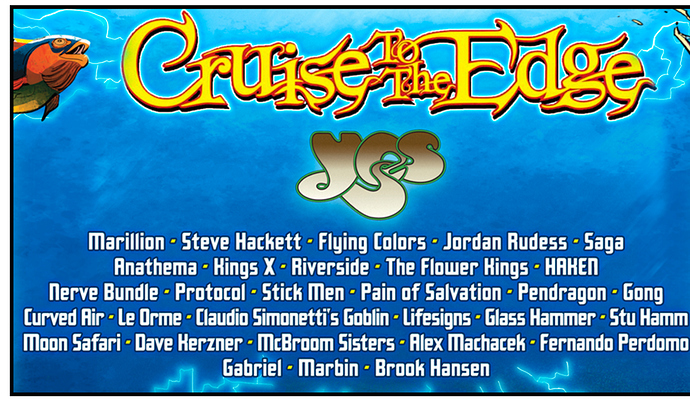