This isn’t something I ever thought I’d see when a fresh from O’Levels Eoink saw them at the Marquee in 1979, my first gig in the big city. Warning, as Suzyw points out below this image isn’t from the Royal Mail site, so I may have fallen for a prank. It’s there now, I’m still surprised. 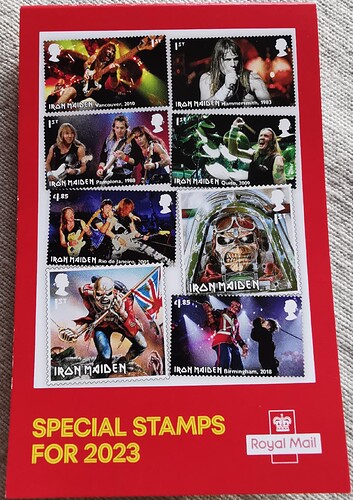 Hmmm, cant find that on the RM site…….

Thanks we. I’ll add a health warning. I was linked to a list on a stamp forum claiming to be all of the 2023 releases because it had Discworld in August. I spotted Maiden in January and googled, found that picture on a different site and assumed 2 sources to be enough, but you’re right it could be a good fake.
If so I’ll edit again to pretend it was just a thread on how clever Internet spoofs are now.

Shame that.
I usually buy one or two presentation packs per year. Most recent purchases have been Tutankhamem and The Rolling Stones

However if they ever do an Iron Maiden pack, I’ll be first in the queue.

I’d even get the Sir Brian May pack!

Is the fact that the stamps have a queen’s rather than a king’s head not a bit of a give-away that it is a mock-up?

Apparently commemorative stamps will continue to have the Queen’s head until the main CIIIR stamps are launched, I got hooked on discussions on stamp sites last night, I didn’t know that before.

They could still release stamps with the Queen’s head on if they were already in the system and approved. More significant may be that the Queen’s head is facing the wrong way in two of them.

Is the absence of bar codes a giveaway?

Think the fact its Iron Maiden is the main giveaway.

I think you’ve been wronged Eoink 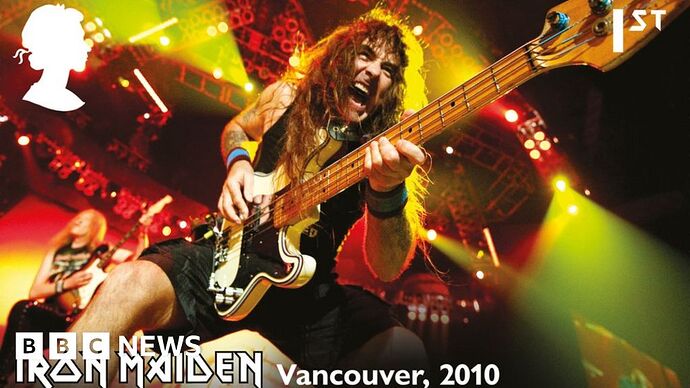 English heavy metal band Iron Maiden have been honoured with a set of twelve commemorative stamps.

Now if they could just deliver the mail in a timely manner, then that would be appreciated

Good God, I was surprised when I first saw it, after the well made points here I was sure it was a fake. I might even pick up a set to remind me of that gig 43 years ago. Probably not the £200 platinum edition.
https://shop.royalmail.com/special-stamp-issues/iron-maiden

Weirdly it seems from the RM site the queen’s head does point the “wrong way” on some stamps.

But there are no such rules for stamps.

My two from last year 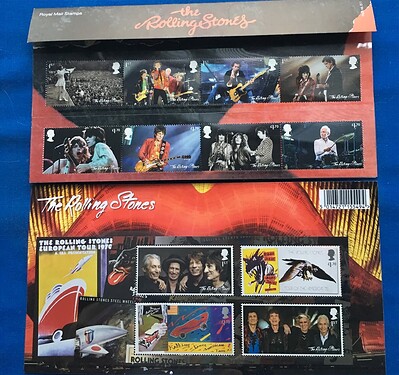 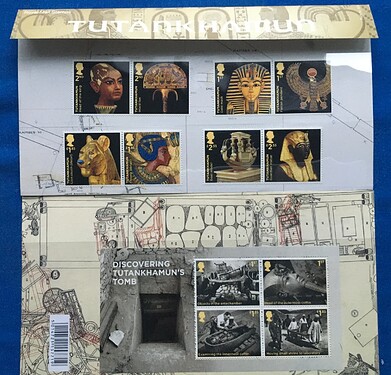 IM pack is now in transit, according to email from RM. 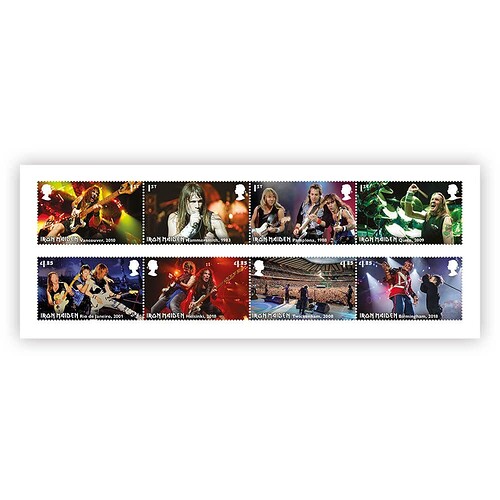 Funny how metal bands are now in the mainstream, not just loud hairy freaks sent to annoy everyone

Rush out and get them folks if that’s your thing… I’m waiting for the Spinal Tap set.

Is there not already a thread running regarding these stamps?

This isn’t something I ever thought I’d see when a fresh from O’Levels Eoink saw them at the Marquee in 1979, my first gig in the big city. Warning, as Suzyw points out below this image isn’t from the Royal Mail site, so I may have fallen for a prank. It’s there now, I’m still surprised. [image]