Dear everyone,
I’m looking into having a V1 for the office, it would however be beneficial if it accepts a iPhone (via lightning) or iPad (via usb-c) connected to the usb-port. Have unfortunately not found any reliable information if it works or not. Would be great if anyone here has tried and can confirm if any of those ways to connect it operates, or well, not operates.

I have one but never tried that. Would assume it works, as long as you can get the iUnit to play out via the USB. But you would have to have the right adapters and cables - remember the V1 is USB-B in, and toslink, or spdif via rca or BNC.

Thanks for your response Martin. However, it appears as if naim use audiophilleos usb technology for the V1, which I don’t think they do for the Ndac.
Audiophilleo on the other hand states that any android device “having usb audio capabilities built into the kernel works”. But no comments regarding iOS. If only USB was as universal as the name imply.

I never had a V1, but iPhone works as source into USB input on my RME dac / amp no problem. I got a small camera adapter style fitting off of Amazon: lightning to USB female, and use the same USB-B to USB-A cable that I have used from the RPi (normally used as a Roon endpoint feeding the RME). The asynchronous feed should be the same for both of these, as that’s the only differentiator…

I can confirm that yes, you can play music from an iPhone to the V1. You need a Lightning to USB A adapter (people recommend the Apple camera kit version for stability) and then a conventional USB A to B cable. The nDAC connection is simpler, just Lightning to USB A. Haven’t tried an iPAD, but a USB C to A cable (Audioquest) works fine from my MacBook Pro.

Thats great to hear. Thank you!

Now I have tried the iPad, a pro version from 2018 with the latest software. It did not work. Apples usb-c to usb-a adapter and an usb-a to usb-b cable that work perfect to connect the V1 to a macbook was used. Restarting them in different orders as well. No luck. The V1 did not output anything from the iPad pro. The internal speakers of the iPad did however work flawlessly, without noticing the V1, at all time.
Guess I’ll have to resort to listening on other sources.

Are you sure you have the right adapter? For an iPhone you need the Lightning to USB Camera Adapter. There are 2 versions, one of which has a Lightning socket that allows you to charge the phone while using it, which is useful. I haven’t tried it with a V1, bit it certainly works with a couple of other USB DACs I’ve used.
Not sure about your iPad, I don’t have one with a USB C socket, but presumably there is a similar adapter available for that.

Gee, that’s too bad about your iPad. I just tried an older iPad with Lightning, not USB-C, and it works fine with the same setup as for my iPhone, described above. Very strange that an official Apple C-A adapter does’t work. Audioquest also make an inexpensive C to A adapter, in addition to the direct C to B cable mentioned above, both of which work with my MB Pro, but I see that you already have had success with your MB.

Pretty certain you need to use a camera connection kit not just a lead with the appropriate plugs on each end. Theres something inside the cck that makes it work.

Except that there is no camera connection kit for USB-C, only for Lighting, according to the Apple online store.

Too bad about the iPad pro. This must be the only downside to having the one with usb-c.
However, I just got the adapter for the iPhone. Oh my. It worked right away and sounds just like it should!

So odd that USB-C doesn’t work on your iPad; the whole point of shifting from Lightning was to make peripherals more compatible. You might want to search on Apple forums for discussion of this issue. It’s hard to believe that you can’t get digital audio output from the newer iPads!

There are usbc to lightning adaptors available that will fix this. 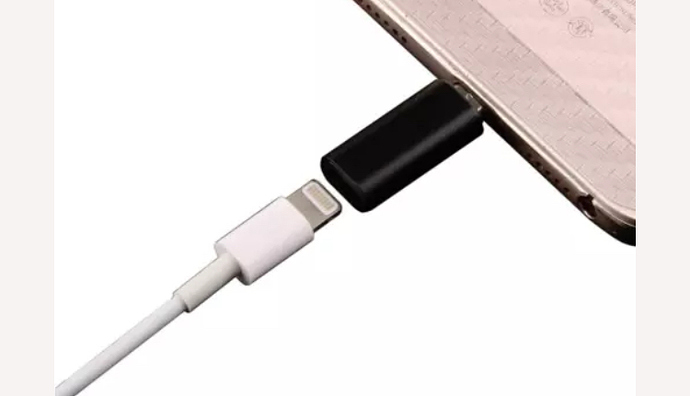 Thank you, I thought those adapters mainly was used for charging.
While there actually appears to be at least one of those adapters that is MFI-certified, personally I’m not a big fan of too long arrays of adapters. At some point in time any one of those tend to malfunction in some way. So while there appears to be a work around, I’ll stick to the phone (or the auralic if I want to access the NAS). Thanks again.

I also tried the USB C to A adapter on my iPad Pro, into the regular USB B to USB A cable that normally connects directly to the RPi. I found very weird results: initially, it played fine for four or five seconds; then the connection seemed to “change” as if it were in data exchange mode, and the audio stopped playing but the track and timing info started to “accelerate” somehow (going much faster than real time). This was on iOS 13.something.

I read up on connecting iPad Pro with USB C to external peripherals, especially including compatibility with audio interfaces. It is supposed to work, at least for some devices, and the iPad USB C port is claimed to be class compliant on the Apple site. Some success with printer and or midi cable adapters (ie a C to B cable) was reported, specifically for the RME DAC I have. There was some traffic about previously working setups using other interfaces that had broken with some (recent but not that recent) iOS upgrade or other…

I have now upgraded my iPad to latest iPadOS 14, will try again today… it’s definitely a mystery and there are certainly known “this peripheral won’t work” constraints on the iPad USB C connection… but digital audio out is not supposed to be one of them.

Perhaps good news that the iPhone 12 release is probably going to stick with the Lightning connection?

I have now upgraded my iPad to latest iPadOS 14, will try again today…

It works! I was able to play both locally stored and streaming audio through my setup (described above) after the iPadOS 14.0.1 update.

BTW I am using only a very inexpensive ($9cdn for a package of two) small USB C to USB adapter, which was listed as an “on the go” connector for charging and data transfer; long compatibility list included iPad Pro so I took a chance. Seems small and sturdy enough, and I’m glad it’s all working now.

Good luck with your adventure… there is at least some hope!