Aside from the very real health effect for those infected, primarily in mainland China (latest WHO data at time of writing this 34,563 confirmed cases, vs 324 in rest of world) is having severe effects on parts of the economy in Asia. Or rather the panic it has induced is.

The shops and markets in Hong Kong - where there have been just 26 confirmed cases - are virtually deserted.Many businesses are reported as already having closed or on the brink of closure.

I was on a Singapore Airlines Boeing 777 from Singapore to Hong Kong yesterday, and there couldn’t have been even 30 passengers in total.

Cathay Pacific are said to have laid off large numbers of staff, other less well known local airlines perhaps even harder hit.

The people who are gaining are manufacturers of ‘surgical’ face masks, worn now by virtually everyone in public in HK, and which before this crisis were a few pence each, are selling now for the equivalent of 70p on the streets in HK - and sone places charging up to £5. And that is despite their probably minimal prophylactic effect if there were infected people in close proximity.

On the face of it the mortality rate of this new virus appears to be quite a bit higher than normal seasonal ‘flu , maybe a couple if orders of magnitude. But then we only have confirmed cases to go on, and the chances are there may be 10 times or more people actually infected, which would suggest that the mortality rate might not be much higher, or any higher, than the worse years if normal ‘flu.

So, is the panic justified? What could or should be done better in such instances? Is this the start of a pandemic such as was being widely predicted a decade ago?

Or even: are virulent diseases that perhaps kill faster in overpopulated areas nature’s way of trying to exert control over population when we humans are incapable of controlling itself ourselves (other than by war)?

normally in terms of threats to humanity - we think of Aliens and terrible destructive devices that can be used to harmful effect.

Maybe its a fallacy…

Its scary too i admit.

I can’t help thinking that putting on special flights to bring people with the virus, into countries without the virus, is not perhaps the greatest idea.

Basel, Switzerland, XIV century.
But this was a long time ago, wasn’t it? 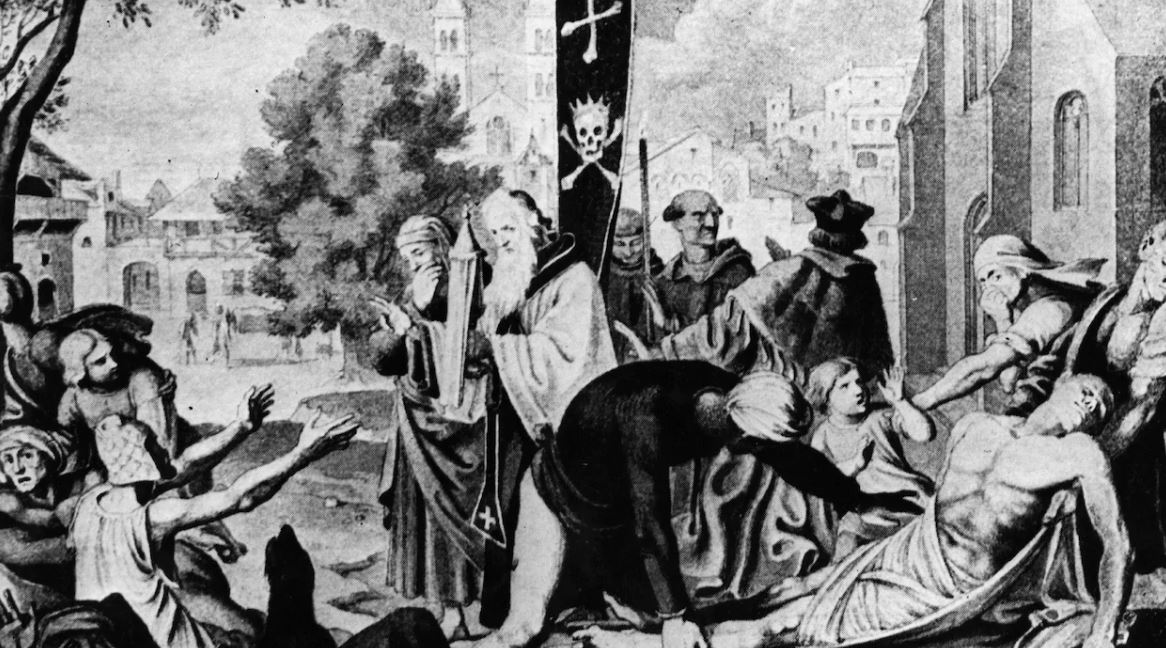 I can’t help thinking that putting on special flights to bring people with the virus, into countries without the virus, is not perhaps the greatest idea.

IIUC, where Britain has done tgat, it has been to take tge people to Brize Norton and put them into enforced quarantine for 14 days.

It’s interesting isn’t it. The things which stimulate interest in this appear to be:

Historically literally none of these are unique and, if anything, the death rate is relatively low.

My sister’s partner heads up an A&E. The general view is that it’s a form of flu which would ordinarily have been tackled by vaccine but which has been given a two month head start by a conspicuous failure to take it seriously at the outset. Had the same happened with one of the strains included in last years jab - but one which hadn’t allegedly leapt from animals to humans - most researchers accept that the outcome would have been the same but probably with a higher death rate. 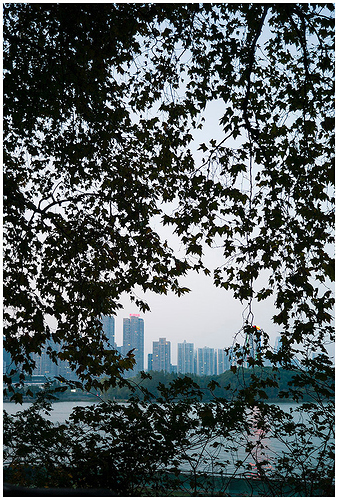 Hopefully Chord Dave is immune to RFI and Choronavirus

I’ve never been to Wuhan, but I visited quite a number of Chinese cities last year, each of which was pretty wonderful in its own way and the trip was a real eye opener for me - blew away many of my preconceptions.

There are some similarities with influenza but also significant differences. There is no vaccine for any extant strain of coronoavirus, and never has been. We still have not produced an effective SARs vaccine from the 2003 outbreak. SARS is a coronavirus.

The range of 'flu vaccines are designed around very well understood strains of the influenza virus and the vaccine composition is tailored continuously to the most prevalent strains, albeit with a degree of time lag.

There is no certainty of a vaccine for this new Wuhan coronavirus. We don’t yet know enough about it, its interaction with the immune system and also the range and rapidity of new mutations and will also need to understand the safety of any vaccine. It is not just a case of tweaking the existing flu jab.

Natural variation plus possibly evolving host immunity is most likely to end the major phase of the epidemic as it did with SARs. Unfortunately this new virus seems to be far more infectious albeit with lower mortality rates.

At present the virus has a 2.9 % fatality. Most common colds have more than that.

Not sure where you got that statistic.

Fatality (mortality) rates for the cluster of viruses we call the common cold (which encompasses a variety of different infections and clinical scenarios but mostly rhinovirusand adenovirus infections) are trivial, well below 1%. Good job since most kids have about 5 per year, and adults 2-3.

Flu is a different matter.

Influenza causes about 300,000-700,000 deaths annually dependent on the strain around. Spanish Flu is estimated to have affected over 25% of the world population and may have killed over 50 million people.

And the death rate for this coronavirus us too early to calculate - only possible once sufficient have had it, not while still new and spreading rapidly, with a completely unknown number of people who may have had it, and not sought medical attention. Still only a single death outside mainland China.

I think the issue is one of proportion. In the context of global influenza annually, is Coronavirus significant, and if so, is the response (both media and governmental) proportionate? If it is not proportionate (and there are plenty of media “wild hysteria” reports), then when something more serious occurs next time, there is a risk that people will be cynical about the reporting and not take a serious risk seriously.

I agree to an extent but I think the issue is that this is new and so we simply don’t know exactly how to respond proportionately. The risk of failing to act is potentially very serious in some realistic scenarios.

We generally know how influenza acts and ‘accept’ the mortality rates, much as we do for malaria or any number of public health threats. More people will have died in RTAs than of coronavirus since it first emerged. The problem is that we are just at the starting line with no idea of the race distance or obstacles ahead.

I am not actually pessimistic but I think we should recognise the uncertainties here make bland reassurance unwise.

More people will have died in RTAs than of coronavirus since it first emerged. 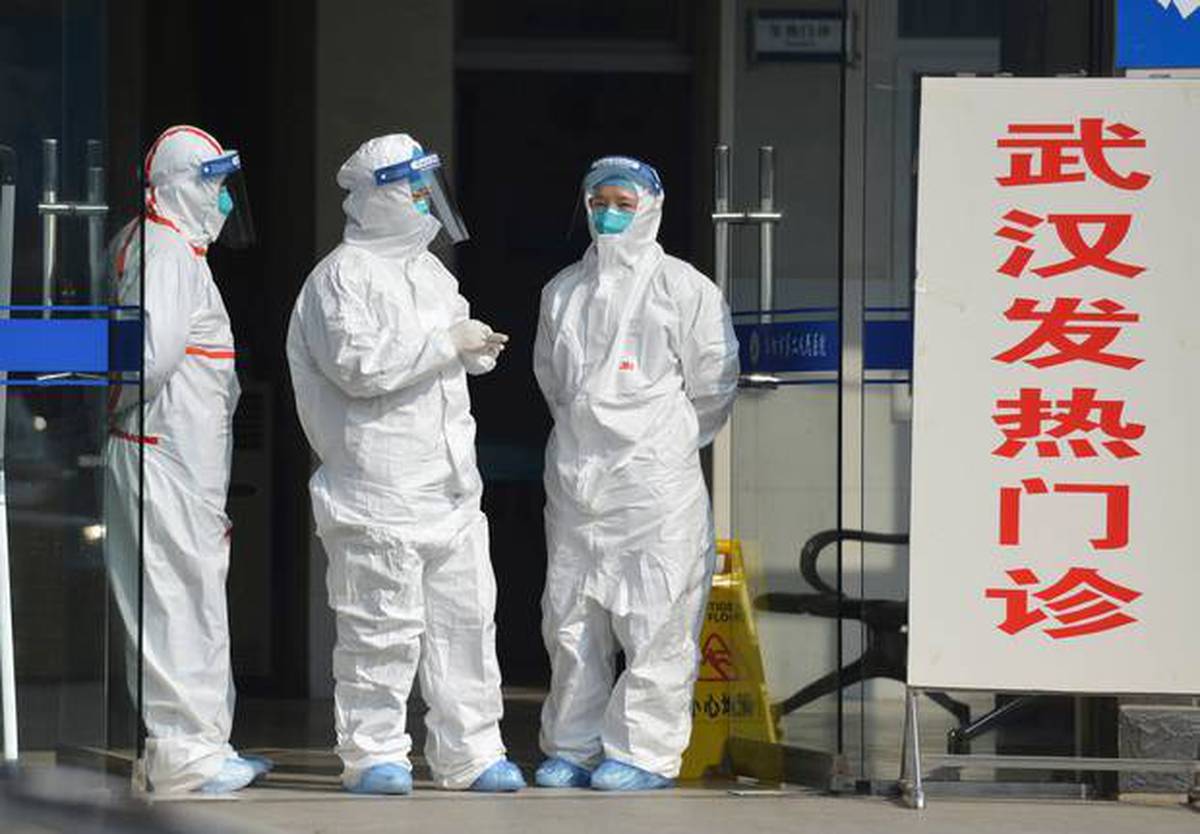 More than 700 lives are claimed in car accidents every day in China.

… and generally younger and more productive parts of the population compared to those that die of infectious disease.

more productive parts of the population

Infectious diseases like flu tend to kill the weak, elderly or very young. Deaths in RTAs are more likely to be people in their ‘prime’ and economically active, productive ie in work etc etc