Danny Baker sacked by the BBC

Really? He fronted Daz ads in the 70s & 80s, presented the evening magazine programme for London through a lot of the 80s, had his own chat show on BBC1 by the end of the 80s and a couple of short-lived game shows, invented the football phone in as 6-0-6, wrote the scripts for TFI Friday and Don’t Forget Your Toothbrush, has written the scripts for a lot of the BAFTA type ceremonies on TV, wrote the intros for everybody including Princes William & Harry for the Diana Memorial concert, has won Sony Awards for radio presentation, presented the best show on Radio 5L for the last few years on Saturday mornings, and is currently touring a highly successful one-man stage show. And is v prominent on Twitter. You’ve not heard of him?

Never had occasion to watch or listen to that kind of stuff, it simply doesn’t resonate with me.

Was he the comedian who said some hurtful things about the model’s disabled son or was that someone else?

So really I’d not recognise him if he were stood next to me at a bus stop.

As for his ‘crime’ just typical of trial by social media and politcial correctness, perhaps it is some kind of running joke to post monkey pictures I honestly wouldn’t know or care.

It’s a sad sad world we live in when comedy is curtailed in such a manner, but if he’s using twitter etc I’d assume he’d be aware of the rules in the playground…perhaps he was genuinely skating on thin ice and knew it could provoke a backlash but hoped he’ be able to use his monkey routine as a defence, who knows?

Also while I’d defend many comedians’ rights to say things which might offend others, while I wouldn’t join a ‘twitter mob’ (assuming that’s the correct term) calling for them to be sacked, it might inform my personal opinion of whether they were prats or not.

what was he thinking about

He was watching football drinking wine, as per his regular evening Tweet that appeared an hour or so before the damage was done. Prob like any number of us have been; slightly relaxed, enjoying Spurs getting a beating (they were at the time) and carrying on one of his regular styles of joke.

Just saw the photo - the kind of thing or maybe a video clip I could have imagined seeing on a Not The Nine O’Clock News ‘news bulletin’ years ago.

It was just a meaningless silly joke. What a farce. There seems to be a lot of strange people who work high up in the BBC.

No it was a racist and offensive joke and he deserved what he got. The BBC did only what they had to do. Maybe he really is so stupid that he doesn’t see it, but he left them no choice.

I’ve hugely mixed feelings about Danny Baker as a human being as best I can judge only knowing him from his public image.

On the one hand I loved Cradle To Grave on the other it being about the 60s/70s allowed him to reactivate some of the very worst tropes of the comedies of that era under the guise of truth/history. It made me laugh. It also made me incredibly uncomfortable as it smacked of a small child sniggering “look what I can get away with. Racism, sexism etc. because that’s what it was like back then”. Smug is the word which sorungs to mind.

I also find his approach to music to be pompous, self-aggrandising and self-justifying. Trying to make stuff most people are embarrassed to have liked cool and trying to make obscure music that’s obscure because it’s pretty poor hip also. There is only one objective truth on all music and it’s his.

Looking at this latest incident in a wider context I think it’s important to note both that it is another in a history of incidents and that there is the above wider context.

He’s been dismissed before and the common thread is that it’s always been for a provocative and ill-thought out action and his reaction has always been to vitriolically blame the employer and make sure that he does so in public. Never quite gets round to making that unfair dismissal claim though. Never recognises that stupidity is not an excuse and never offers either a mea culpa or an actual apology. The cheeky crappy persona barely hides some serious passive aggressive; full on aggressive/offensive tendencies. If it was anyone else he’d be told to shut up and take a legal case. His expertise in playing both the media and his fans like a musical instrument is in full flow right now. Your righteous outrage is being expertly stage managed. Do carry on.

In reality, his inability to understand (along with some on this thread to be fair) that excusing an act as thoughtless does not make it any less overtly racist is fairly typical of all structural racism. The “doesn’t have a racist bone in his body” response is abject. Most racism is overwhelmingly casual. Like it or not a casual racist remark or action means you are a racist and you need to contemplate the implications of that.

Do I exempt myself from this is some way? Absolutely not. As for Danny Baker, this was a dismissal for many reasons. Bottom line is that racism was clearly one of them so I’m completely comfortable with his dismissal. His subsequent actions thus far only serve to demonstrate that it was likely the right decision.

No it was a racist and offensive joke and he deserved what he got. The BBC did only what they had to do. Maybe he really is so stupid that he doesn’t see it, but he left them no choice.

DB has been on the media today explaining; he doesn’t care for the royals, is aware of Ms Markle but doesn’t know or care for her background. I’ve known of and enjoyed DB’s output for years and have never once considered him even slightly racist. A bit near the knuckle sometimes on other subjects but never racist. This picture drops easily into his style of humour and was a joke about the upper classes.

The alternative view, the one that all the people shouting hold, is that for nearly 40 years he’s managed to hide his overt racism from everybody and last night decided that now was the perfect time to expose his true colours and post something that even the thickest kipper would avoid due to the avalanche of flack it would bring.

I know which side I take of those two.

Thanks, who was that?

DB’s Tweet is only racist if he knowingly posted it to make a point. If his start point was a joke about a royal baby famously from a long line of indigenous parents and it doesn’t even occur to him that The Family have joined the 21st century, the race element is all on the side of those that want to see it that way. Good job he apologised so profusely as soon as it was flagged up to him (ere Dan…) and deleted the picture as soon as.

Maybe he really is so stupid that he doesn’t see it, but he left them no choice.

Exactly, I don’t think he does ‘see it’. I watched the TV/press interview he had on what I assume was his doorstep. Someone really needs to take the shovel away from him.

Exactly, I don’t think he does ‘see it’. I watched the TV/press interview he had on what I assume was his doorstep. Someone really needs to take the shovel away from him.

He does see it, he said so about a dozen times on his LBC interview and on the doorstep chats. He just doesn’t agree that he did it knowing that the couple and baby are not the traditional royal blue.

He has a good point; apologising for posting a racist tweet is to admit that he posted it knowing full well the content and the circumstance.

He is supposed to be a professional broadcaster and would be expected to know what is and what is not acceptable. An effing daft thing to do and the BBC really had no option.
He is now saying BBC threw him under the bus, when the reality is that he threw himself under due to his crass stupidity.

See my previous post. Also not an accident that reporters were on the doorstep when he took the call. It wasn’t the BBC who put them there. People are being played like a violin by a recidivist.

I’m sure once the royal family were involved the beeb had little choice, he deserved to be fired for his stupidity alone unless of course you take the view that there is no such thing as bad publicity and it was in fact a calculated move to gain notoriety

The option that some are not getting is that he posted a tweet that, in his mind, and based on a running gag, was mocking celebrities for gaining attention over a normal event. It’s quite plausible he didn’t realise that the baby had an African-American grandmother - not everyone follows the Royals assiduously. When the issue was pointed out to him, he apologised and took it down.

Could it be construed as being racist? Of course it could - and that’s why he took it down. Was it posted as a racist comment? on the balance of probabilities, I think not.

As for the BBC reaction, I’m uncomfortable with it, as a somewhat knee-jerk response to professional outrage. I’m also uncomfortable with him taking out his anger about that in public to the media, and I think that has diminished him more than the issue itself, tbh. But I also don’t really see that the BBC could have done much more, except maybe suspend him for 3 months without pay, or something.

“Social media” - it’s hard to know quite which aspects of ‘social’ or ‘society’ it helps, really…

The option that some are not getting is that he posted a tweet that, in his mind, and based on a running gag, was mocking celebrities for gaining attention over a normal event. It’s quite plausible he didn’t realise that the baby had an African-American grandmother - not everyone follows the Royals assiduously. When the issue was pointed out to him, he apologised and took it down.

Thank heavens, someone who also gets it.

He made it quite clear on LBC that he doesn’t follow what goes on at Buck House. There are people on here proud to claim to have no idea who or what DB is, why should he know that the family has joined the 21st century?

Has he had his head in a bucket? I don’t even live in the UK and it was so glaringly obvious that it would offend, I agree it wasent intended to be racist (I hope) but it was extremely shortsighted for someone who is supposedly media savvy

Thanks, who was that?

Strange how the mind works as I initially Googled Danny Boyle - nope he was Trainspotting.

Looks like it was some fellow called Frankie Boyle. 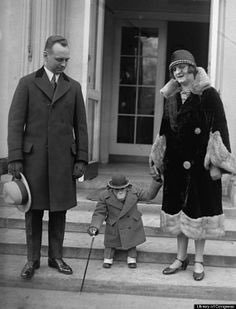 I Googled and came up with Jimmy Carr. Make of that what you will. At least two have been called out for it.