Released on both black vinyl and picture disc on the 17th June. No combined 50th box set which is a surprise. Is anyone going to plunge? I’m quite tempted, as according to Duper Deluxe Edition, this is the first half speed master Bowie release. 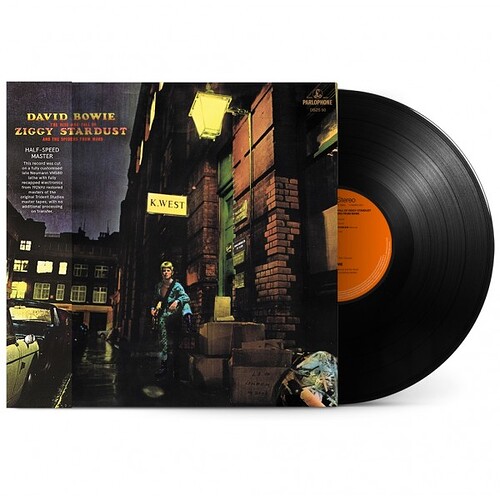 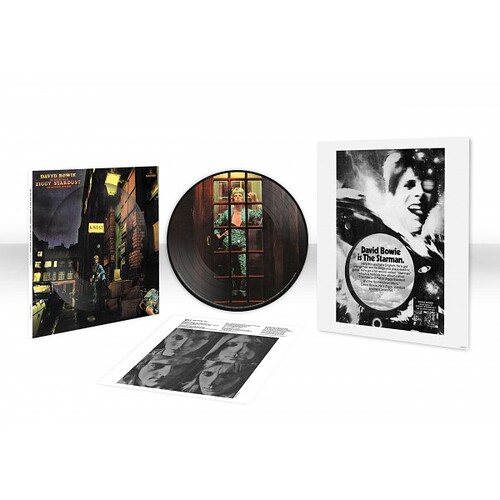 "On 17th June, 2022, 50 years and one day after the original U.K. release date, THE RISE AND FALL OF ZIGGY STARDUST AND THE SPIDERS FROM MARS will be issued as a limited-edition 50th anniversary half speed mastered LP and a picture disc, featuring the same master and a replica promotional poster for the album.

This new pressing of THE RISE AND FALL OF ZIGGY STARDUST AND THE SPIDERS FROM MARS was cut on a customized late Neumann VMS80 lathe with fully recapped electronics from 192kHz restored masters of the original Trident Studios master tapes, with no additional processing on transfer. The half speed was cut by John Webber at AIR Studios"

Not sure, have the MFSL pressing. 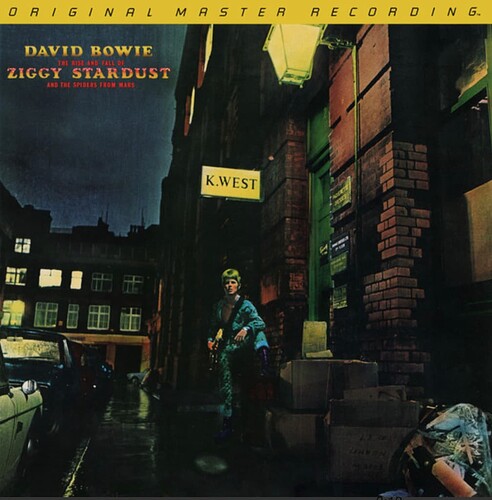 Is this half speed remaster going to be better?

So is the general consensus that that picture discs sound worse? Also I wonder if it will be any better than the 5 years boxed set version. Intrigued by the whole

" …cut on a customized late Neumann VMS80 lathe with fully recapped electronics from 192kHz restored masters of the original Trident Studios master tapes, with no additional processing on transfer."

I have pre ordered a copy. It’s cut from a digital file so will be interested to hear what it sounds like.
I used to own the MFSL original master recording but sold it as I preferred my ordinary U.K. RCA pressings.
It’s a real shame they haven’t done this all analogue especially being the 50th anniversary.

My copy dates from 1976 , and it’s been through a lot so I usually play Ziggy digitally. If this comes from a digital file, I struggle to see how it can be better than just playing the album digitally, but would be happy to be proved wrong.

The 40th Anniversary reissue was reputedly all analogue, cut by Ray Staff, and they were nice enough to use the same cut for the 2016 standard reissue.

I’m in no great hurry to get this half speed reissue. I’ve been somewhat luke-warm over many of the Abbey Road Half-speeds I’ve bought so far…

The very first ones were Richard. After a short while the standard release was from digital files.

What about the ones from the 5 years box set?

@Richard.Dane - I think that you have highlighted a very useful possible topic - high priced vinyl that is less interesting/ involving than even a tatty original.

My top vote so far is Warner’s heavy (180g?) gatefold reissue of Tres Hombres. It’s great to hear it without all the clicks and worse on my ancient copy - not so good to hear it with so much less life. I hope the new 50th anniversary Ziggy does not share the failing.

That was the same mastering as the 40th (DBZSLP40 in runout). Seemingly after 2016 it went to a digital pressing. There is so much misinformation out there about this whole affair. Ken Scott says this, Starman is the wrong one etc etc it is a total mess!
All I know is that the DBZSLP40 for me sounds amazing, not as good as my 6E/4E pressing but as good as you’re going to get. I’ve wasted too much of my life reading about this pressing though!

I think I have 40th anniversary but May not have played it yet. I have about 4 copies including a 1E/2E which is my go to copy.
Not sure why I pre ordered this half speed but hey!

I think I’ve probably bought/sold/listened to about 25-30 versions.

The green label RCA International is also very good, though not as good as some people would have you believe!

If you have any of the very early presses you’re basically good to go.

You had me scrambling to check my 2016 reissue - it has DBZSLP40 in the run-out.

Interesting I will look out for 6E/4E. If I find one in good condition I can compare it.

Interesting stuff, I’m going to check out my versions after work.

Don’t get me wrong, that’s still a fantastic pressing, better than most. And more importantly it’s got the loud morse code!

Seemingly even the 2012 was ‘finished’ in digital:

Anyway I’ve probably bored a lot of people now so will end it there. Just enjoy Ziggy whatever the pressing/format!

Just checked one of my old copies - it’s a 9S/5E. Sounds pretty good to me. I should have at least one more somewhere, but no idea where at the moment…

Just a had a quick look at my copies, and I have at the green label 80s RCA ‘Pound Tape’ copy, an early 2E/2E orange label variant, an unidentifiable 70s reissue (stamper worn, so hard to read the dead wax markings), and the latest 2016 DBZSLP40 reissue - which I really like, as my early pressing is quite worn.

Think I’m going to plunge for the HSM version (I know!).