Hi Neil
Would you please also confirm the torque settings for the various bolts on SL2s?
Especially the smaller bolts that hold the tweeter plates to the baffle.
Thanks
Jim

and a replacement for the DBL tweeter plates

I’ll see what I can dig up.
As for the other requests - I think they may be a taller order. But I’ll ask some questions anyway!

Charlie, have you had any issues with the mid range? One of mine does distort every now and then and I have to gently push the cone in and out a few times. If I push on one side it can make things worse, so have to push on the opposite side. It seems as though the cone is not moving freely enough and have found using rubber rejuvinator does cure it for a while, but this is not ideal. I have inquired with several speaker people, but no one seems to want to know. Hopefully Neil maybe able to come up with something.

While you’re at it, perhaps you could build me a pair of DBLs. I mean, you must still have the blueprints…now hard can it be?!

Actually no thanks g‘d! My midrange drivers seem fine. But they seem the most obscure for me. I have not been able to find out who the original manufacturer was, and possibly from where replacement drivers would be available from. As I said mine are fine no issues what so ever but still I would like to have a spare pair just in case. Also now herding what reconed bass drivers deliver I wouldn’t be surprised if the midrange has undergone some degradation as well over all those years so a refurbishing or replacement would be nice to have. 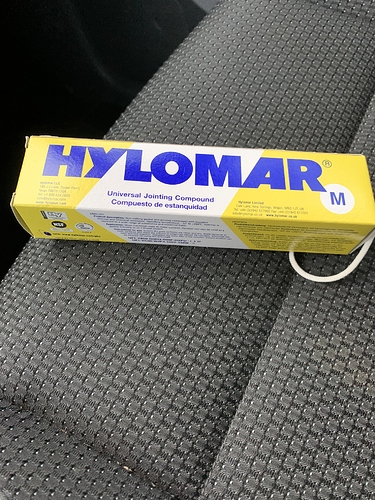 Believe the midrange drivers for the DBL were manufactured in-house by Naim.

Years ago I wrote to ATC to ask whether it was possible to buy the same bass drivers that were in the ATC (I had some idea of building one or two bass units to complement my SBLS). They were quite willing to do that, but said that Naim modified these drivers before putting them in the DBLs. Out of curiosity, do you know what Naim did to them? Was it adding a lump of metal to the back of the magnet, as they did with other drives such as the Mordaunt-Shorts?

That is a real bargain! 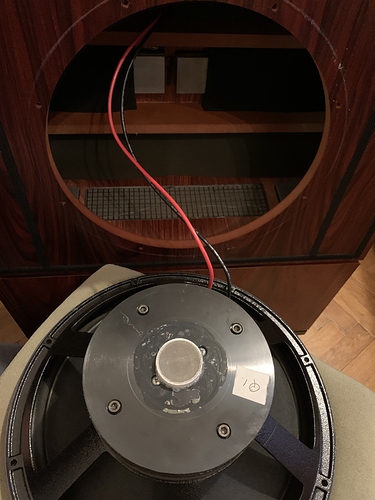 As far as I know it’s the white „filter?“ siliconed on the back … 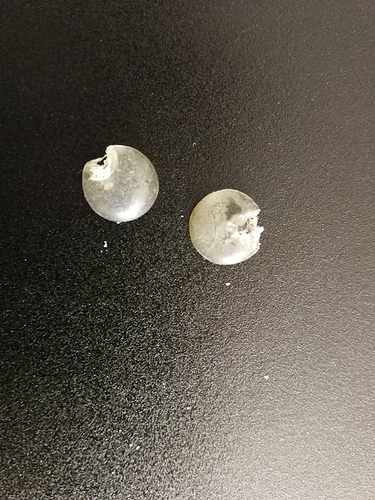 Charlie, are the spikes supposed to locate on these rubbery things.

Ahm… from where are these …? Haven’t met them so far …

Never encountered these either.

They were stuck to the underside of the mid range tweeter cabinet and you can see where the spike has gone through them. Maybe the previous owner put them on. I will have to check to see if the other cabinet is the same.

I was unable to find any documented torque settings for the SL2 tweeter baffle, but after a verbal debate between two ex-speaker employees, they came up with the figure of 1.2Nm.
There are no DBL tweeter plates left in stock

The DBL midrange driver was indeed manufactured in-house by Naim, the bill of materials shows a unanimous “obsolete” next to every component

Something in the back of my mind tells me that they were originally a purchased unit though, but that’s going back a long way.
I would imagine that somewhere like Falcon Acoustics would be able to refurbish existing drive units?
Sometimes the material that the voice coil is wrapped around can begin to peel away at the outer corners where the seam is and foul on the phase plug. This would cause a distorted “fizzing” noise at certain frequencies.