Yes i will be trying the humbolt still, as the vitus i do own now, but i agreed a trade in price before i got it against a new Humboldt

Hi, obviously the 500 was DRed in 2016, so that bit was all new in 2016, the power supply was un touched i believe, as i removed the lid to see the dates on the capacitors. But is all right for a few more years yet, if going by what naim suggest

DR is a game changer……oh the itch!

Go for it Peter

Haha, a high profile dealer has posted a pic in HiFi News of the “dCS Bartock” (sic) … it must be catching

DR is a game changer……oh the itch!

Oh yes yes and I should know. I’ve never heard a DR’ed amp in my life, but I have it on good authority it is indeed

I wonder what these discussions about dr give something to this thread. Except maybe giving less desire for Dunc to continue here.

A little shuffle about on the rack.
Decided i needed to hear what my elcaset sounds like with the class A.
Also, first listen to the vitus rp102 tonight. It sounds nice and smooth and is different sounding to the superline set up i had, plus its slightly warmer to my dCS rig, playing the same album.
Before i preferred the vivaldi, just slightly more, as it actually sounded more analogue to the vinyl, but now the turntable slightly has the edge on it, but its early days for sure, and things could change.
I still own my superline and the rp102 is on loan, but i have the option to buy, but i really want the h7000.
This fits in well on the rack and right now i would say it’s an inpovement, but i just know much more can be had from my turntable 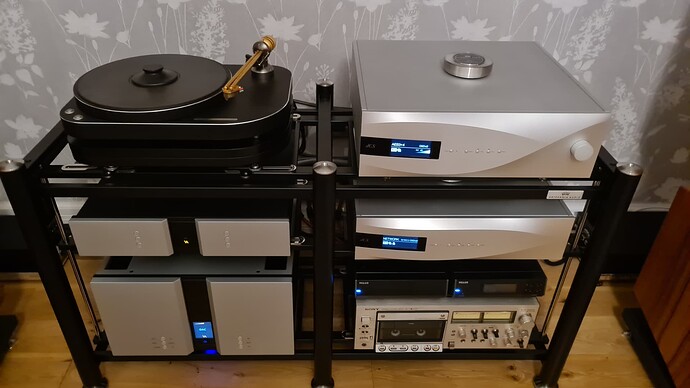 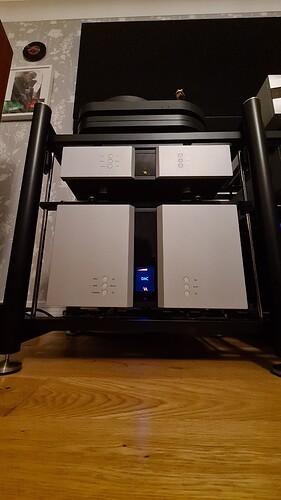