Yesterday I plugged into the new sockets the router, iPad, EE8, nintendo Switch, TV, STB, Henry vacuum, a lamp, and a battery charger. 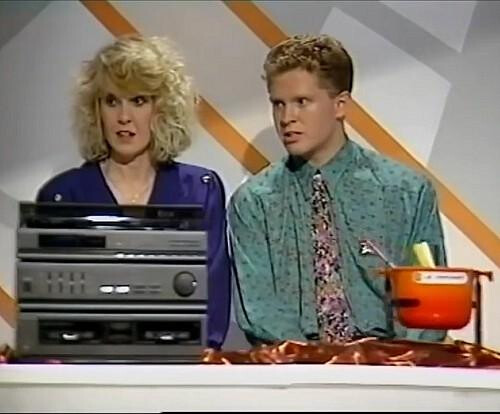 I bet the Henry sucks so much better

Great that it’s all coming together now Jim. You invested quite some time and effort in planning and sorting things out. Looking forward to read about the results!

The results are as stated above:

"The thin Belden cable had a circuit impedance of 0.08 Ohms and the fat Lapp cable measured 0.04 Ohms.

For a hardcore measurement guy like me, the actual effect on SQ is utterly meaningless!

Out of interest, just looked up my Certificate, and the Resistance of the Live plus Neutral of my 40 meters of 10mm SWA was 0.12 Ohmns.

As a comparison, my downstairs ring was 0.42 Ohmns

Well our tame electrician came round yesterday morning changed the switched cover plate on the old ring main double socket to an unswitched mcru socket, plus added a new unswitched socket dedicated for the hifi. Just need to move a radiator and then my dealer will help me move the hifi from one part of the room to its new home. I supplied the two faceplates, electrician the CU, cabling and henley box……it took less than an hour as the socket is directly behind the cu on the other side of the wall. This cupboard houses all our nasties including the boiler. Cost was £150, plus a tip. 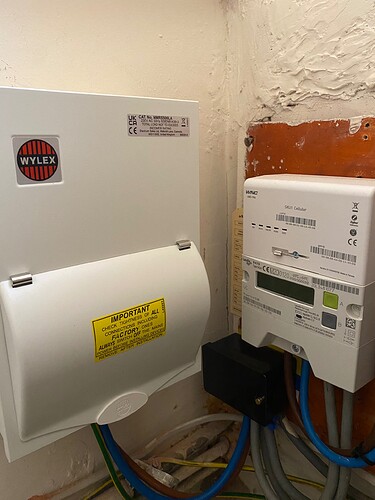 A nice cheap upgrade. Not often said on this Forum

Well, finally plugged the system in.

It sounds the best it ever has.

And that’s in a temporary set up on marble slabs (for positioning), with brand new tweeters, new 10mm Lapp/Furutech radial, new to me (SH) 6 metre NACA5, and using a demo Sean Jacobs 6-way star-wired power block, in a new room and without using the 2 GIK bass trap/diffusers I’ve bought for the back wall.

So there’s a lot of changes likely to come in the next days and weeks. 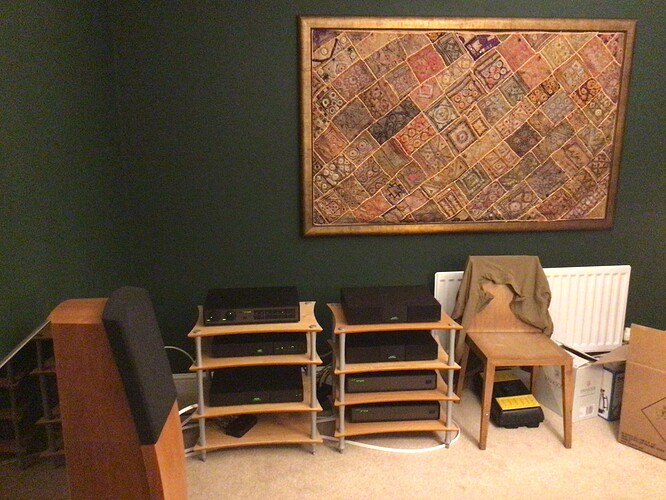 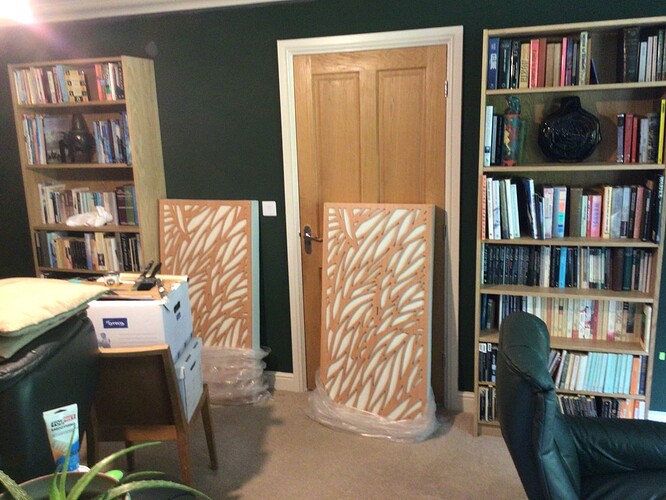 So very happy for you Jim. Many hours of enjoyment to come

Thanks - yes, I left it playing Radio 3 HD overnight, and today it sounded even better.

I hooked up the TV audio out via a 5m Chord Toslink cable today too.

It’s great to have the music back in proper stereo after several months.

I’m still some time away from comparing the radials with the ring main.

But I can report that the system has run in beautifully in the days since I switched it on.

Very real instruments, but also there’s so much zingy tangible energy in the music.

This energy can only be coming from the radial.

I’m very pleased with how it sounds, and grateful for all the help everyone gave me. 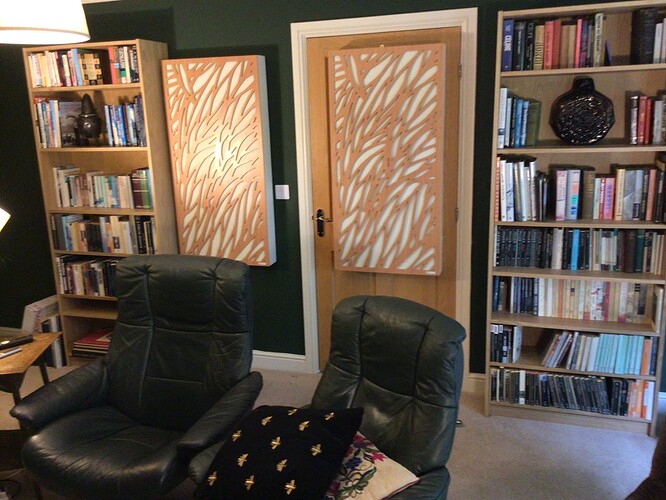 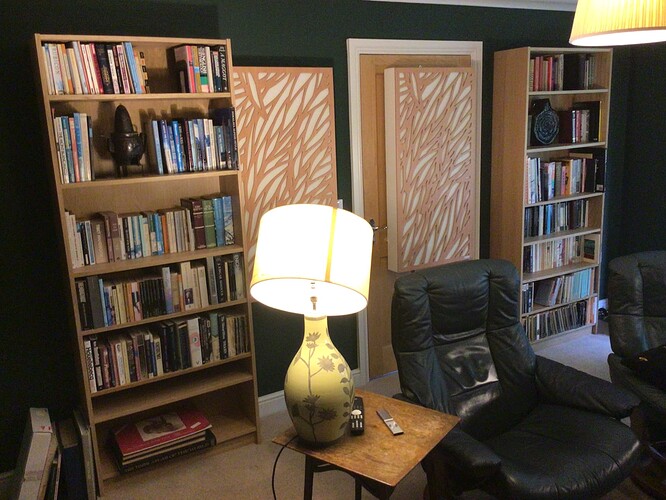 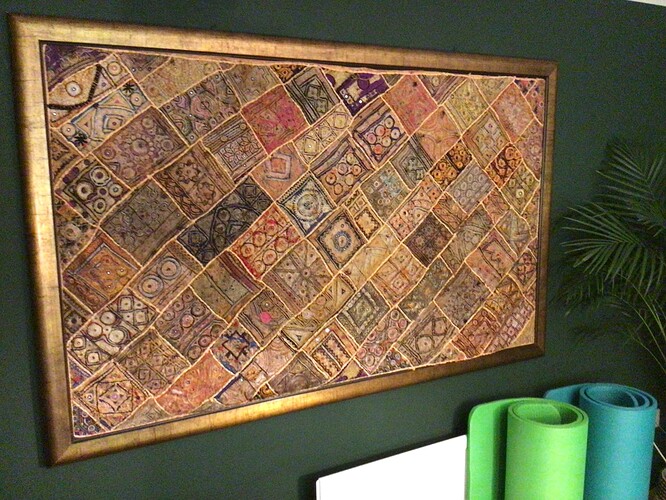 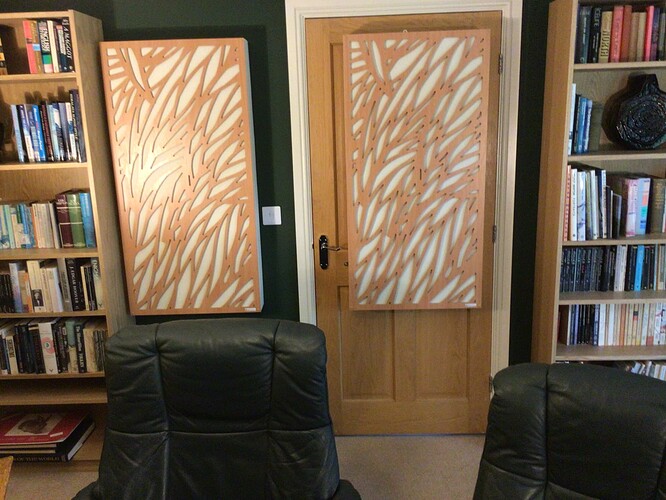 Really like the wall mounted picture frame of what looks like a patchwork fabric - was that a designed for SQ, or just worked out well?

I hope you don’t mind me saying, but can the door frame panel be moved symmetrically across the door? May need a different door knob though. I have a long cushion that I place behind my couch when listening, and it definitely helps

The wall hanging is a patchwork of Nepali fabrics that I’ve had for decades.

I just finally removed the glass to let the colours and work shine through (and also for SQ reasons).

I could move the panel if I got a new door handle, although might be a while before that reaches the top of my workstack. 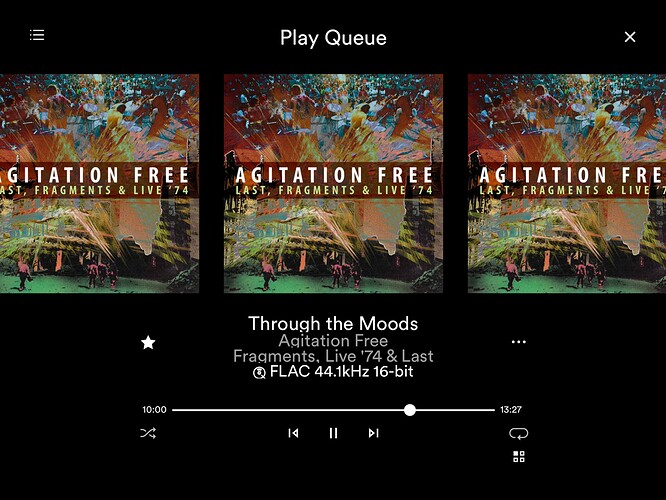 Wow - the system is really on song.

I just had to switch off and unplug it because there’s an electrical storm here.

On another (locked) thread you said:
“For SQ reasons I chose not to have a surge protection device in my CU. Used a 32A RCBO type C.”

So far I don’t think there’s a surge protection device on my radials.

Can you say a bit about what surge protection devices one could have on a radial and whether there are any added risks of not having surge protection (if hit by a surge while the system is plugged in)?

Hi @JimDog – I think careful not to confuse things here, as a surge protector on the CU circuit, won’t protect against (say) a lightning strike hitting the house and connecting up to the mains/telecoms/copper pipes & cables (some of which will be X-bonded).

AIUI, these surge protectors are designed to protect sensitive kit e.g. games consoles and PCs(?) against mains surges e.g. in normal operation/perhaps after a brown-out – in the latter case protecting the liability of the supplier.

In the real world, Naim is like any other household appliance IME.

Typically there would be a single surge protector on a CU covering all the circuits. Unless your house CU has been changed recently, it wont have one. I had my house CU changed when I had the HiFi radial fitted, and decided to have the surge protection on the house CU only. It is part of the 18th edition regulations that it is recommended, but not mandatory. I could add one in the future on the HiFi CU later if I choose, but once someone says the SQ is reduced, it would always put me off. Also as I haven’t needed one in the last 20 years, then I’m happy to take that risk. Worst case is that you may have to call on house insurance if your system does get effected. Like you, I disconnect the hifi when there is a storm.

If your equipment gets hit by a surge and a surge protector was not fitted by choice although it was a recommendation, I think that could be an interesting conversation with an insurance company.