Development or losing their way?

I thought I would try to provide an appropriate (IMHO) platform for the discussion which developed within another thread.

Firstly I must apologise to @hungryhalibut for my sharp reaction to his posting in the other thread. In hindsight I can see that no disrespect was intended and he was simply expressing some heartfelt views on the development (or regression) of the band’s career. As others responded in kind it appeared to me that the sensitive subject of the thread had been forgotten and I posted a gut-reaction which was ill-considered. Apologies to HH and all concerned. (Note to self: Think, before posting in future).

Some interesting thoughts were starting to emerge though. @RichardDane would it be appropriate for you to transfer the discussion posts from the end of the Alan White thread across to this one please?

With particular respect to the group Yes, HH clearly prefers their earlier output when they were equipped with a fantastic jazz-oriented drummer in Bill Bruford. The direction of the band naturally changed towards a more rock/pop sound when Alan White came on board as that was his background, but was that a bad thing or just part of that particular group’s musical development? I suspect the old maxim ‘one man’s meat is another man’s poison’ will come into play with a vengeance here, but unless they were under the Stock/Aitken/Waterman umbrella, all bands see some development throughout their lifespan don’t they? (eg Genesis…runs for cover).

There is no need to apologise and I can see how my comment could be taken in another way. Anyway, we move on. It’s interesting that you mention Genesis. I cannot abide their early work, which seems self indulgent and pompous. I felt they were far better once Gabriel had left, and And Then There Were Three I really like. I come from a standpoint of generally really disliking prog, particularly ELP and the pale imitators Marillion.

One band that is close to my heart is The Cure. They got darker as they went on and the final album I really loved is Pornography. Where they went was in my view clearly a development rather than a losing of direction. Elvis Costello is another. A great songwriter but these days he seems to just churn them out. Paul Weller is similar in my view; the Jam were fantastic, the Style Council the same. He then joined up with plodding dad rockers and just seems really dull. Others love his later work of course.

I’m not sure there are many bands who can keep up a superlative level of output, as youthful vigour is replaced by the need to fulfill a contract and keep food on the table. Jazz seems to be very different; people can have a 50 year career and be producing wonderful work at the end.

We have Fairport Convention here tonight. They will probably encore with Meet on the Ledge, which they must have played thousands of times. They still produce new material of high quality. Have they developed, lost their way or simply become a much loved musical institution? It’s hard to say.

I’m going to nominate Nick Cave, from the raucous Birthday Party and ‘Prince of Darknes’ stuff to the, at times austerely majestic last trio of albums.

Development implies not just change, but a richer and maybe more sophisticated or creative output over time. I think he ticks that box.

Being a huge fan, I naturally tend to regard The Beatles as the benchmark. Listening to their albums in order, I still find their development from album to album to be nothing short of astonishing. The group which broke up can hardly be recognised as the four ‘greasers’ in their Hamburg days, or the mop-tops that took the pop charts by storm in the early 60’s. Fortunately they became so dominant that they were largely able to dictate their own direction and became almost immune from record executives’ demands for more and more releases of new material.

Many Genesis fans seem to regard the Gabriel period as the band’s heyday. Personally I struggle to engage with a lot of their earlier output, except when they perform it live (for me that’s when Genesis really came into their own). I also prefer their post-Gabriel albums. Again, like the change of drummer did with Yes, the change of one member of the band altered their musical direction. Probably fair to say that both groups became a little more ‘mainstream’ and a little less ‘prog’?
Genesis with Collins at the helm produced material which on the face of it was much simpler than their earlier stuff. Gone were the tracks lasting 20+ minutes each, to be replaced with music which was closer to the pop culture of the time. Many see this as ‘selling out’ or losing their way, but does musical development really have to be about producing increasingly complex pieces of work (wasn’t it Dizzy Gillespie who stated that the notes he didn’t play, were as important as the notes he did play)? Surely recognising the prevailing tastes and adapting to them is development in its own right? 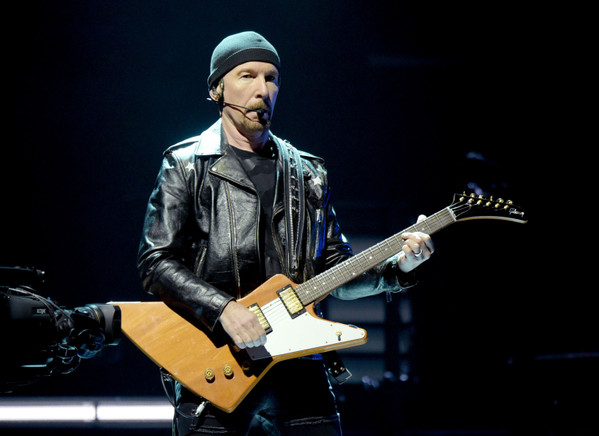 The Edge.
A puzzling conundrum outside the teasing antics of The Bono.
Some say and agree was an influence in the 80s and 90s.
Although since he lost his Coca Cola,cola,cola delay licks. In favour of things more textually contemporary.

Miles Davis - “It’s not the notes you play, it’s the notes you don’t play.”
Dizzy Gillespie - “It’s taken me all my life to learn what not to play.”

Think I got them mixed up.

Clearly a talented guitarist and as you say, a bit of a conundrum. What might he have gone on to produce if he hadn’t been tied so closely to His Royal Tw@ness? I can’t comment on U2’s development as a band, they’re not a group I’ve felt able to give any attention.