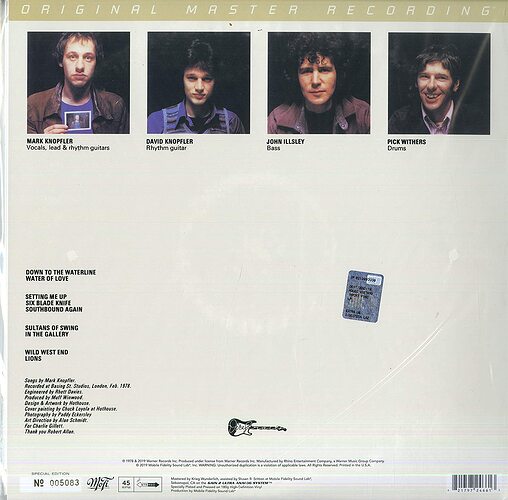 I just received the Dire Straits first album on Mobile Fidelity, 2X 45 pm.
For now I heard it once. It’s better on hifi criterias vs my 1978 Holland pressing. More dynamic, open, with details coming more outside the speakers.
But I have a feeling that the sound is a bit forceful. The highs are a bit exaggerated.
I put the Holland pressing after and found the sound more enjoyable, more agile and better balanced.
Maybe it’s a system, room effect?

I wonder if others had the same impressions?
You are some here to own the MOFI, as @Dunc for example.

No experience myself but someone I know from another forum has the MOFI Love Over Gold and says superb. I really couldn’t be bothered with 3x side changes for 40 minutes of music.

Should this be in the Music Room?

In the Music room? Don’t know, as it’s about perceived sound quality……

I have this MFSL as well as a few Vertigo originals, the slightly later half speed mastered issue, and the US Bernie Grundman reissue pressed by RTI from about 5 years ago. I preferred the original to the half speed mastered version. I also preferred the US Grundman to the half-speed. However I felt the latest 45rpm MFSL was perhaps best of all, although I would still want the original too.

I don’t understand when you say “ I have the MFSL…” and after you say that you feel the latest MFSL is probably the best. There are two MFSL?
I have the latest MOFI low speed.

There’s only one MFSL I’m aware of and that’s the 45rpm one from last year. That’s the one I have.

There was an earlier half-speed mastered issue but it was from Vertigo/Polygram not MoFi. I would avoid this one.

I don’t think they are the best MOFI
The brothers in arms album is very bass heavy compared to the original
Love over gold is probably the best out of them all I would say, but I would recommend anyone to buy any off them over the standard version’s

I found finally that I have to rather set my pre at low gain, and increase the volume at 11 o’clock.
As the gain of that MOFI is low, I increased precedently the gain of my pre, to be able to play at 9 o’clock volume.
So now it’s better. But don’t know yet which version I prefer, this one or the 1978 Vertigo. 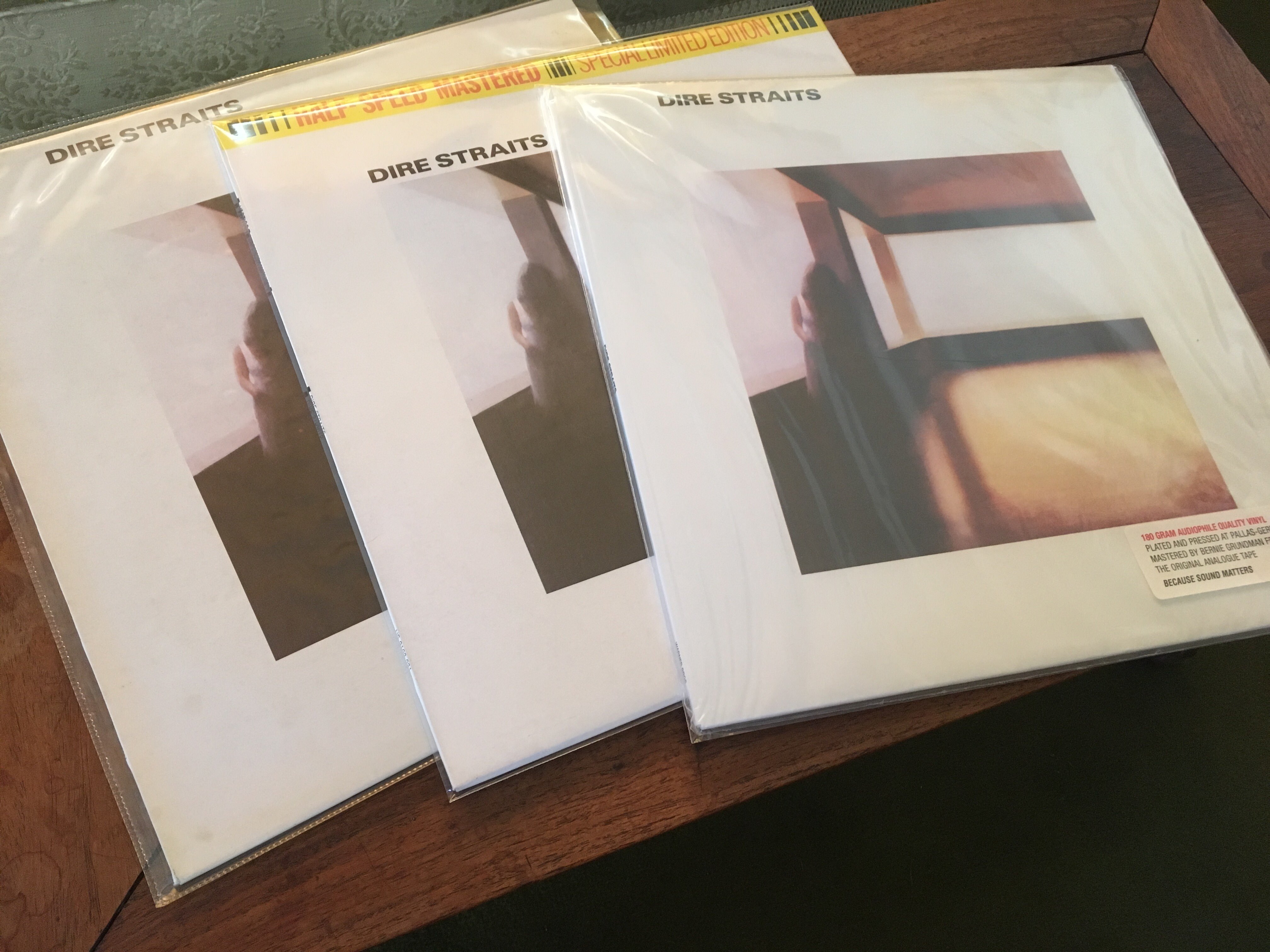 There was an earlier half-speed mastered issue but it was from Vertigo/Polygram not MoFi. I would avoid this one.

As well I sold my copy then, years ago… And the ‘matching’ version of Making Movies…

I want to order the Communiqué Vertigo 1978. My copy is not quiet enough. Should I go for US or UK?

I had the US Warners issue when at school out there and it sounded great (don’t have it anymore, probably borrowed or lost), as do the few UK ones I have currently with the Vertigo spaceship label. I can’t recommend the US Bernie Grundman reissue though, as my copy sounded really flat and disappointing - much the worst of the US BG reissues I bought.

I am more going for pressing from 1978. I saw a Mint UK copy . But also NM US. Around 45 euros with shipping, so raisonnable.
I didn’t enjoyed the Bernie Grundman too. Sold it already. Don’t neither want to pay 100 euros for a MOFI one, specially as I am not sure today if I prefer the MOFI pressing.

I have the (obvious) LP12 problem of not being able to spin the platter at 45RPM.