A very useful information resource for availabilities and for checking values but after a handful of mis-described purchases around condition of the item, I’ve given up.

While the headline feedback scores can suggest a satisfactory vendor, when subsequently digging I found some recent negative commentary the headline scoring had ignored e.g. poor items/slow delivery/poor comms.

I got refunded as the ticket prices were low but the condition ranking scoring seems to elude some people’s understanding!

I have only been using Discogs for the last 18 months or so and it is now my go to source. I only buy and don’t sell. I like the ability to be selective on what issue / pressing you prefer, especially as I tend to seek out early copies mostly vinyl and certain CDs. It provides a wealth of information and I can and do spend ages digging through!

As yet I haven’t bought any new albums which I tend to buy from my local shops, to support local business. I also have a local shop that has a good selection of good quality used LPs and CDs which I will always use.

So far I haven’t had any difficulties and as others have said I review the seller as much as the product, which I am aware is tad unfair to new responsible sellers trying to establish themselves. Next purchase I will try to be a little more accommodating and give someone a chance and support them.

I don’t use Amazon now unless it’s absolutely necessary as I don’t trust their LP packaging, its horrific! Whereas with Discogs the packaging has been very good (though it does vary from seller to seller), therefore I find that it justifies the cost, within the UK.

Any downsides? Well… I started a list and found that it grew very quickly, so it can impact on your bank account!!!

My experiences buying vinyl from Discogs has not been a good one, although refunded on all occasions, eventually.
All vinyl was listed as near mint.

First one, unsealed, had a visible defect in the vinyl, returned and refunded.

Second one I bought two from the same seller, a sealed box set where one LP was badly warped and the other LP which was unsealed had ‘no fill type distortion’ I also received a refund for both LP’s but the seller relisted both as near mint again!!

Third experience was the worst and made me not want to buy vinyl on Discogs again.
An unsealed copy supposedly near mint and checked before dispatch, this is what I received: 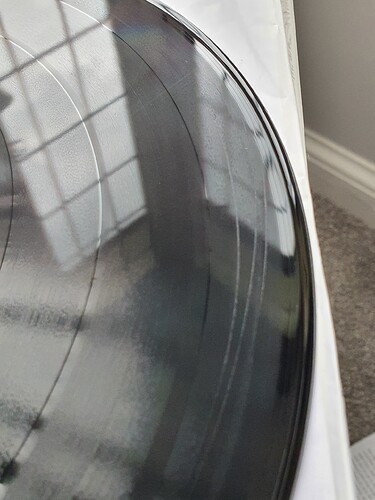 There was a bit of a discussion, which I won’t go into details about, and eventually a refund was given which took 12 days to appear back into my bank account.
With Discogs you have no support from them at all as a buyer and they do not and cannot deal with refunds!
Maybe I have been very unlucky?

Take 2 on my attempt to buy more Tori Amos.

Seller responded near instantly to a msg - and has done same with my Order.
Already shown as Shipped (*). Thats more like it…!!

A lot of good comments being posted, which pretty much align with my experiences. Yes… there is a definite danger to your finances - and your storage space…!! Be warned…

I’ve been buying and selling on Discogs for quite a long time now. I like being able to buy the particular press I want, I don’t like the number of record shops who fail to keep their invertory up to date and take their time with the refund. I like reasonable seller fees, especially no commission taken on postal charges unlike most other sites. Sales have understandably dropped post Brexit, and I don’t buy from outside the UK any longer.

A copy of Norah Jones’ Come Away With Me arrived today on SACD from Discogs. From the USA. At a good price. With free shipping. No import charges or extra tax.

I can’t quite believe my luck.

Post Brexit the cost of buying records from the EU via Discogs has risen on average by 20% as we now have to pay VAT twice once in the EU and again in the U.K this has reduced the records I would have bought by almost 50%.

Also the lack of any Click & Collect facility is prohibitive for me anyway although some sellers will accommodate special postage requests.

Apart from the above my experience of buying records has been excellent .

I have to say that as a buyer, I have only had one bad experience. the rest have been easy and happy. The bad one was from Spain and like Apye above was absolutely not a mint copy which became the post/my fault etc and although he eventually refunded the cost of the lp, he did not the postage. An expensive experience as I sent it recorded so that he couldn’t claim it hadn’t arrived etc. And Like others I’m afraid I don’t buy from abroad now except in exceptional circumstances as the VAT/PO charges are too risky. Especially the PO!

Out of interest, for those of you who sell vinyl, what kind of packaging do you use?

I kept loads of Amazon cardboard sleeves from LPs thinking I might upcycle them if I ever sell any vinyl but that’s a cheapskate approach, though proper packaging I’d imagine would add to costs.

I decided to downsize my collection and have been selling on Discogs for about 18 months. Things have gone pretty well, I am selling lots of CDs (the goal is to sell them all) and quite a few LPs (especially more collectable ones). I use specially ordered LP mailers which cost me about $2 each (I am in Canada), that doesn’t add too much to the overall shipping costs.

Sales to Europe have certainly dropped since Discogs added VAT automatically and shipping to Europe with tracking is cost prohibitive.

For those of you who sell vinyl, what kind of packaging do you use?

I simply keep the special packaging that other Discogs seller have sent me, with LP’s inside…!!!

For those of you who sell vinyl, what kind of packaging do you use?

I simply keep the special packaging that other Discogs seller have sent me, with LP’s inside…!!!

That was my thought keeping Amazon vinyl packaging, but I got fed up and incinerated or recycled most of it.

I kept loads of Amazon cardboard sleeves from LPs thinking I might upcycle them if I ever sell any vinyl but that’s a cheapskate approach, though proper packaging I’d imagine would add to costs.

It might be “cheapskate” but it makes sense from an environmental standpoint (there’s also a global cardboard shortage). I always re-use packaging and nobody has complained - in fact a number of customers actually appreciate it!

I’ve only ever bought and always from UK sellers with good feedback. In my experience it’s much better, and usually cheaper, than Feabay. Had one incident where the chap listed a Hendrix at Winterland box as coming with the limited edition 5th CD. It didn’t but when I told him he said it was a genuine mistake (and I believed him) and I could return it and he’d pay the postage or he’d refund 25% of what I’d paid. As I wanted the set anyway I took the refund.

Is some ways I wish I’d not disposed of a lot of the packaging but it was contributing to clutter and the likelihood of me selling any vinyl, however naff, is currently low.

it makes sense from an environmental standpoint

I have very rarely had to actually buy packaging for anything that I have sold, on line. I keep as much as I can, for potential re-use…

Just made my First Ever LP sale on Discogs…!!! At Last…

It was this one: 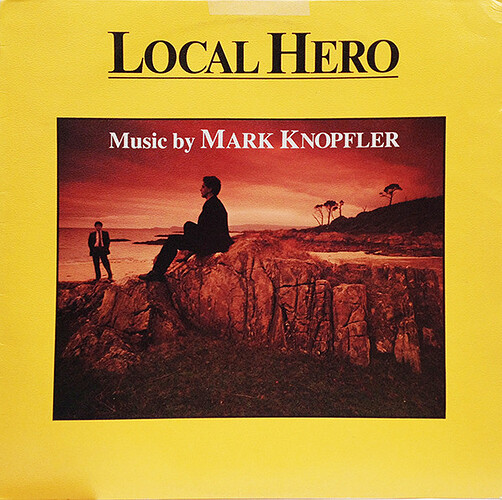 Cannot post it, because of UK Public Holidays, but its ready to go… Packing was recycled from a previous Discogs purchase.

Here, as if you bumped into someone, I ordered a discogs disc in the description, it was written “new, not played”, the dead man came in the trash, the seller swears that he sent a new one, 100% positive feedback, the package was not opened. 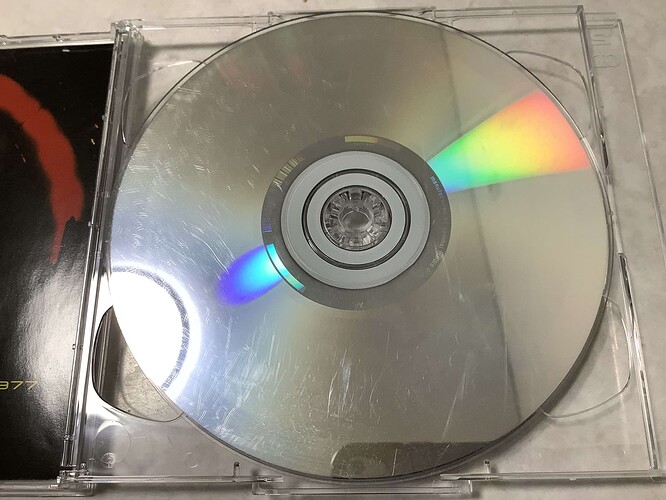 Typically keep the Amazon packaging but also have a bunch of LP shipping sleeves (slightly stronger than the Amazon ones from Uline. Sturdy and have used them to ship all over the world. Discogs sales have slowed considerably, probably due to Discogs starting to collect taxes automatically and their shipping cost requirements etc. often miscalculate the real shipping costs. As mentioned by others, the cost of shipping from North America to Europe is staggering. Seems it is slightly cheaper the other way around. Only worth it if the seller has more than one item of interest if buying.

My latest Discogs experience - I have now sent messages to 4 different Sellers, over recent days, about CD’s I am looking to buy…

Bought - nothing - as no replies yet received…