So we don’t own a ‘proper’ barbecue - mainly because we don’t have anywhere convenient to store one. We occasionally buy a disposable single use one for use at home.
Several retailers have recently stopped selling these citing the incidence of fires in the warmer weather.
I’m a little irked by this, it seems analogous to banning cricket bats because one was used to batter someone?

Unfortunately we now live in a time where we have far more stupid people (I blame too much H&S legislation) and where common sense and personal responsibility has gone out of the window. The sensible approach doesn’t work so things get banned.

Would you still object if they were banned on the grounds of needless and avoidable environmental damage caused by throwing stuff away after it’s been used once. Why not just buy a small portable barbecue that you can reuse?

Given the silly and irresponsible way some people use them, I think banning them makes a lot of sense (and I’m normally fairly libertarian; except when I’m not).

To echo an earlier response, have a look at some small travel barbecues - you might be surprised how quickly they can pay for themselves compared to disposables. With the money you save, you can then keep your system on 24/7 and worry about that instead.

Plus, your waste disposal footprint will be lower.

Finally, you’ll be able to look down your nose at all the disposable users.

There’s probably more fires caused by lit cigarettes than barbeques. No sign of a ban on these though

TBH, disposable bbqs should be banned on the grounds that they are rubbish and make all your food taste of petroleum

That’s a good point - you definitely have to let them burn off the accelerants before cooking.

Of course they should be banned. Anyone who thinks otherwise is an idiot.

No equivocation there, not sure I’d use a such derogatory term without explanation though…

Sandwiches it is then…

Anyone with a few functioning brain cells could quickly work out why they are a bad idea.

In our local water park at the weekend there was a family with an open fire on the grass, what feckin idiots when everything is so dry.

disposable single use one for use at home

They don’t have to be single use. One can empty them and restock them with new charcoal. All banning them will do is make people become even more creative with what they already have at hand…

Son of Hibachi would get my vote

There was a grass fire in Bristol yesterday caused by an unattended disposable barbecue. At home i have a proper barbecue that folds up to smaller than a suitcase and has lasted over 10 years so far - a much better option.

Also some idiots seem to think that safe disposal is burying it in the sand on the beach. There have been reports of people treading on them whilst they are still hot.

So for me, yes they should be banned.

I had a foldup portable one, I’d tend to agree that the single use ones are a bad idea despite being convenient, the attitude being you can just throw it away or leave it where you used it which will happen and does frequently. 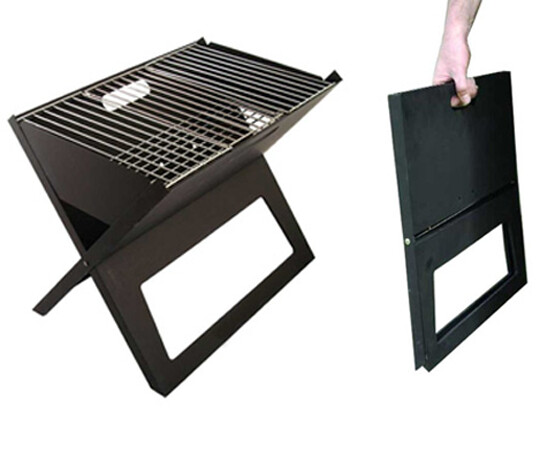