Geko, how old are your DBLs?

I hope they sound as good as they look? ATC did a really great job.

Some interesting stuff going on in the factory. They had a pair of speakers on a work bench that made my DBL’s look like stand-mounts! There was also a lot of active kit around. Looked like a lot of people are reducing box counts. 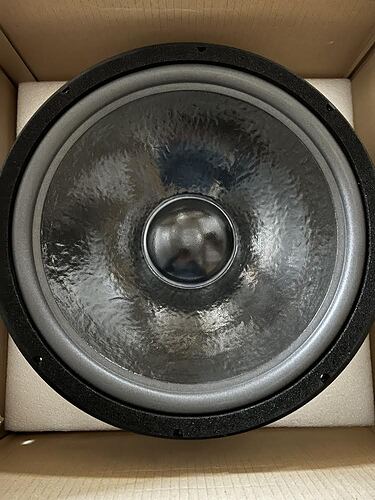 @Willy
I have been off a bit lately. But yes, I have taken my muds to a chap, one of his kind, in Leipzig who does a lot of refurbishing of vintage speakers. Wasn’t easy actually to get there

but anyway he is a nice chap who seem to know what he is doing. The shop looks more some kind of a garage sale outlet but somehow it’s seems more trust worthy to me than sone kind of posh shop which lots of bling. He checked my mids also on a phase response and strongly recommended me to leave them untouched as they are. But, in principle he was very reassuring that in case they died he will be able and willing to refurbish them. So in case someone wants to step forward and be first with his mids to give them a face lift I am happy to provide more details …

@Charlie
The modified Scanspeak mids continue to improve by the day. Hopefully more to come. Obviously way ahead of the somewhat tired Naim OEM mids and so I’d have no problem in being the guinea pig for getting those reconditioned. In their current state they’re of little use.
That said it won’t be in the immediate future. For a supposedly retired person I’m doing an awful lot of work at the moment, off to Lausanne again next week (I do make a pretence of complaint at this but the food there is much better than my cooking). The week after that it’s my birthday and I might just have some other upgrades currently in negotiation.

If you send me the contact details then (likely early next year) I’ll look into getting the ball rolling. I did look at the location with the thought of doing a trip, make a holiday of it, but as you noted Leipzig isn’t exactly near anywhere.

You should work on the human-octopus hybrid, which could become the ‘go-to’ for tricky manual tasks around the home.
Do you suppose that it could manage to drive itself around? If so, it would beat the living cr*p out of yer average man-with-a-van local tradesperson.

Didn’t someone already try that? I seem to recall something on TV about it a few years back. Had to get Spiderman in to sort out the mess.

@Willy
I am not sure if I can post contact details here so maybe @Adam.Meredith can pass it on to you.
Kr Charlie

They know where to find me.

Thank you - please keep us posted!

@Richard.Dane would you please forward my email address to @Charlie so he can forward details of the chap who can recone dbl mids.

Perhaps a stupid question but can they recondition the mid/bass drive unit for SL2?

Probably not a date exactly as you suggest because it’s only in the US that the month comes before the day of the month. But 199? is probably a year of manufacture. Could easily be week 24 if 199? as well.

I think it was around June time that the bass units on my DBL’s went into literal meltdown. The foam surround on both of them decided that they’d had enough of this life and spontaneously disintegrated.

This left me with two problems, what speakers to use and what to do about getting them repaired. Fortunately, ATC came to the rescue with the repair - although a wait of around four months was a bit of a faff!

Speakers were a bit easier to sort out. I had an old pair of Warfdale Diamonds and an even older pair (circa 1992) of Isobariks. With the help of my son the DBL’s were retired to the workshop and the Isobariks inserted - with the equivalent exertion of three nights at the gym!

This was the first time I’d heard the Briks with a 500 (usually it’s 135’s) and I can confidently say the 500 works it’s magic well. Better than I remember them even in an active configuration.

Fast forward four months and the DBL’s are now back in service and sounding bloody wonderful. I’d forgotten just how good DBL’s can be. Their ability to convey the emotion of music is simply staggering. Bass is now seismic and the slam from a drum kit physically hits you in the chest. I thought Bricks threw a wide image, boy was I wrong. The DBL’s are casting stuff outside the room boundary’s, and my room is 10m wide! Anyone that likes a guitar rift will be blown away at how the DBL’s pulls this from the mix. Breathtaking!

Finally, can I thank the guys at Audio-T for their great support, their old boss (now retired) for his depth of knowledge on all things Naim, ATC for the re-foam and Jason (at Naim) for sorting out the odd - or should I say very odd - problems I’ve had.

And thanks to the forum. It’s threads like these that keep the old stuff going!

A few pictures showing the rebuild… 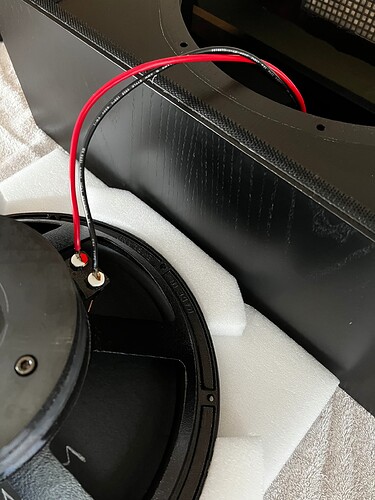 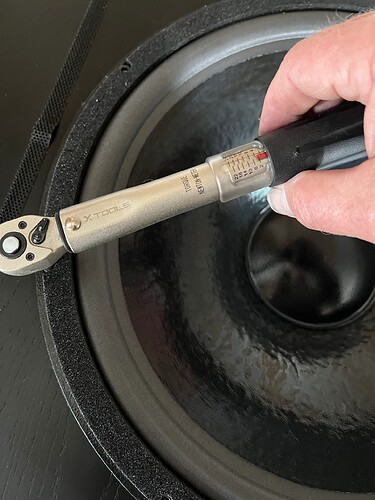 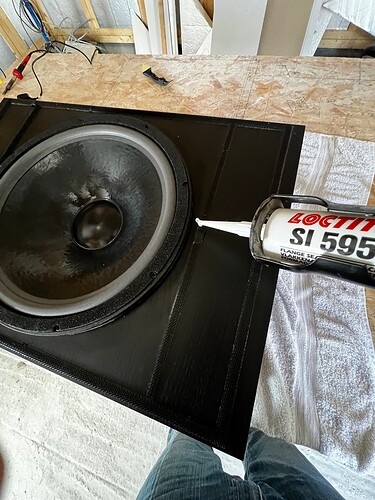 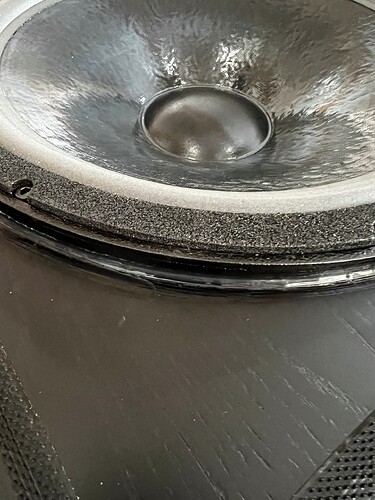 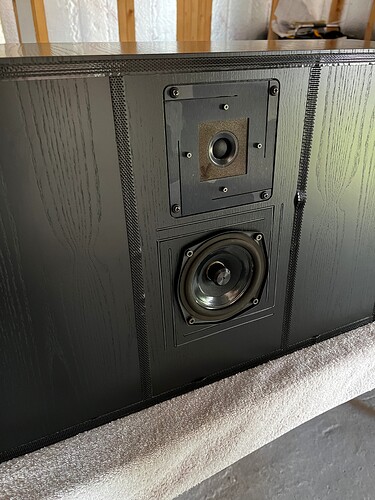 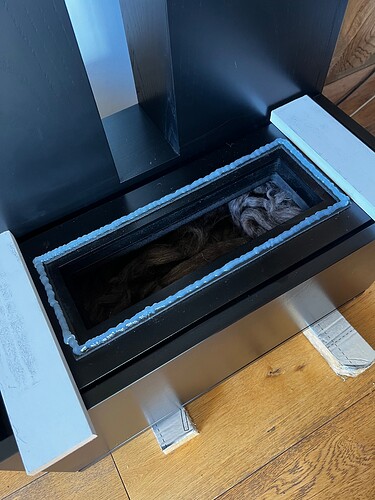