Do you believe in ghosts

Hi again, not really about the paranormal but a good analogy, most people would say when I see one, well I’ve been a little like that regarding naim serviced amplifiers, I have been sceptical whether it’s just snake oil and the person who has had equipment serviced either just missed the music or justified the expense by hearing the improvement, well no longer I have had the good fortune to have two nap 180 amps a later one unserviced and an early one recently serviced, the early one had an increase in detail and tighter deeper bass, I could pinpoint the location of the vocalist as if she was standing in front of me, the later one sounded good but something was missing the bass was not as deep the vocalist was clear but unable to pick out her location she was just mixed in with the music, I did try this several times and am now sold on getting all the kit serviced, so back to looking for ghosts, you never know.

No (but like everything it’s best to keep an open mind).

I had a 180 it was my first Naim amp, it kept me entertained for almost 10 years.

Quite likely I’d say. After all the factory is close to Salisbury Plain…………

Hello, well now I have to decide if I prefer the 72 or the newer pot 8 82, that’s using a low mileage been back to naim Olive cdx as the source, at least until I get the Lp12 serviced with a new cartridge, actually a major upgrade bearing, arm board, and power supply, considering a new plinth, any suggestions regarding cartridge would be appreciated at the moment it’s a linn asaka considered having it rebuilt or looked at the Hana el, any thoughts would be appreciated, thanks again, regards Neil.

I certainly believe in Ghosts: 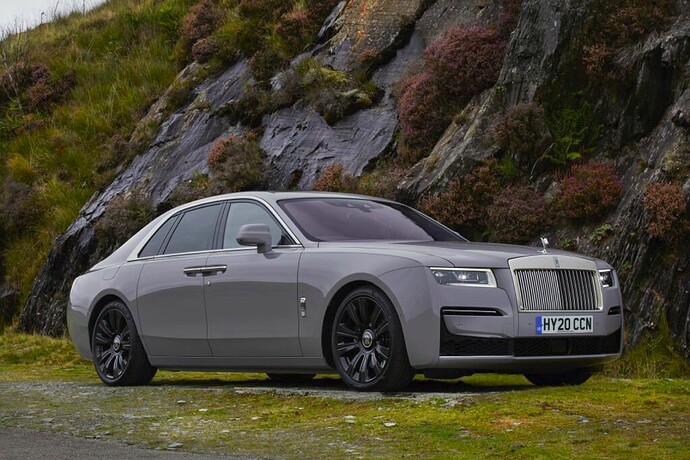 But on topic: I have all my gear serviced. Its relative little money and more or less guarantees proper service for over 10 years.

My old Philips CD-104 is off for service, once it is back it is supposed to serve me another 40 years. It gets phono plugs, new soldering, new capacitors.

Hi, I could certainly live with that ghost, I have fond memories of your CD player and a little later the marantz cd94, I do wish I’d kept it as it was a superb analog sounding CD player, or perhaps that’s just the fond recollection of a grumpy old man, on quite a different note I just realised that we naim users are actually eco friendly, just think we keep and re cycle equipment rather than buying the latest new gadget, which makes me ponder I wonder how many of the eco warriors have the latest 75 inch tv, regards .

Hello, well now I have to decide if I prefer the 72 or the newer pot 8 82, that’s using a low mileage been back to naim Olive cdx as the source, at least until I get the Lp12 serviced with a new cartridge,

Wouldn’t say no to the motor, either.

Hi don’t leave me hanging, what exactly is a supercapped 82, can you ask for it at service and was it a good modification, all of my kit is due a service so have to decide what to keep, the hicap is a said, oh and my speakers are pmc gb1, still wouldn’t mind a guiding hand with the cartridge, I like the reviews for the Hana el unfortunately I live in a hi fi wilderness so do rely on recommendations quite a lot, regards again. Neil

A Supercapped 82 is an 82 powered by a Supercap PSU instead of a Hicap.
With a Supercap you can use two SNAIC cables to power the 82 with four regulated power rails. You can do this with two Hicaps as well but some prefer a the Supercap option.

However the 82 can also be powered from two Hicaps, thereby utilising four power rails. If you follow/subscribe to the Naim mantra, that is “the more regulated DC rails, the better the sound”, then I think it is acknowledged that two HC on an 82 does sound better than one (naturally there are dissenting voices on this front).

There is then a school of thought that goes along the lines of “two HC on an 82 is bettered by a Supercap”, because the Supercap has a larger transformer than the HC. However a SC powering an 82 can still only utilise four DC rails out of the 12/13 available from the SC (can’t remember the exact number - several peppered gins

Having run all combinations of PS on my 82, my view is that 2 x HC gives a significant upgrade over 1 x HC, but that SC vs. 2 x HC is modest at best (if at all). OTOH the box count is less

As we are on the topic of servicing, can anyone tell me what is the recommended service interval for a nac 202? If I was looking to buy one second hand how old would it have to be for me to consider a service necessary? TIA. Mark.

Think most seem to think it’s around 10 years, also there’s been a few threads on the subject as well that might help.

The seller of a particular unit, which is almost 10 years old but in near perfect condition , was trying to convince me that the pre amps don’t need servicing only the power amps. I assume this is BS?

I’m not sure but you can bet someone here will, hopefully they enlighten us.

Pre-amps need servicing just like anything else. However, the need may not be so acute compared to power supplies and power amps (particularly regulated power amps), and I’ve known unserviced pre-amps of 20+ years old that still sound good. Sometimes the sound softens up a bit which some people quite like. What they don’t realise is that some of the tension and excitement has been lost, that can be restored with a proper service.

So somewhere between 10-20 years depending on how far you are willing to push it. Good to know, thanks Richard.

Just remember Mark that it’s not universal - once past 10 years all bets are basically off and I have known some pre-amps to sound quite poor in an unserviced state beyond this time. You may get lucky, but you may not…

Thanks, this is what I concluded. I made peace with a service cost for anything 8+ years old. Ideally I’d like to get one the same age as my 200 which is 2018.

……or, slightly left field suggestion, if you got an unserviced 82 it would most definitely need a service asap. It wouldn’t be a visual match for your 200 of course, but as the predecessor to the 282 it would make a great match.