Does what you personally think of an artist influence your opinion of their music?

The answer, for me, is yes.

For example I can’t stand Paul McCartney. I have tried the odd PM album but it seems my personal feelings for the guy always seem to sway my opinion of his music.

I have a similar problem. The worst problem is when an artist I don’t like makes an excellent song. Can’t stand U2, love the track Mysterious Ways, It would seem that Bono’s money does actually move in mysterious ways. Really don’t like Madge, Beautiful Stranger is a fantastic pop song. Bob Dylan’s voice is terrible and he does seem to be a bit of a diva, but there is no denying he wrote some great songs. Just discovering Taylor Swift’s recent releases. Among the generic modern drone pop songs are some really good tracks. I suppose the answer the OP’s question is yes, but a good song is a good song whoever makes it.

U2… okay for their first two albums before they went God Like. Can’t cope with their later albums and I thinks it’s personal bias. I was going to suggest TS but it’s probably too pop for me anyway. However she is on my ‘can’t personally stand’ list.

I’d like to say yes, but then, how much do any of us personally know about any artist, beyond the often distorted, and “anything for a soundbite” or sensational headline from our unbiased and sales driven media?

I grew up listening avidly to The Stones, and Mick and Keef have become almost national institutions, but do I actually know the person behind the stage personna?

Taylor Swift was on my ‘not going to bother’ list until a friend sent a link to a track from Evermore. There are some good tunes on there and it is really well recorded.

I guess the obvious is Morrissey. I still play those early Smiths records that were part of my youth but the man is pretty odious. I am somehow able to split the two. Wouldn’t consider buying any new music from him though.

I think we have to be careful making a judgement. Lots of musicians are hardly saints but make great music. If you cut down the list of people you consider acceptable then you might miss some excellent stuff.

Luckily Rolf Harris doesn’t feature in my collection, although I did buy the Kate Bush ‘Aerial’ remaster that has edited him out.

PS I have been suprised by ‘Evermore’ too.

Not really. A good song is a good song. I tend not to know very much about the various artists that I listen to. Some, like Bob Dylan, I like some of their songs but don’t like the person (he seems to be a bit of a pompous ass who ripped off other singers’ styles and ideas, but disparages other artists).

For me, I really love Amy Winehouse’s songs after watching her documentary. Her songs lay bare some of the challenges she had. Love is a losing game is touching and I love the demo version. It’s so raw. I kind of wonder how she sang that at concerts.

Learning about Rumer’s life helps me to appreciate her songs also.

I am fearful I will fall for Billie Eilish after watching / reading about her life. Thank goodness she doesn’t have a documentary yet. It’s apparently comes out in Feb 2021.

George said it all. 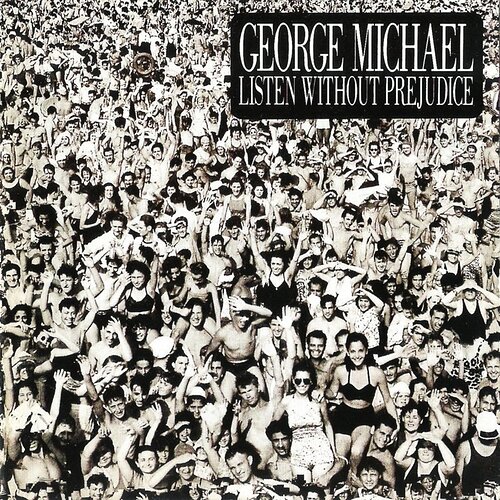 I think the really good artists tend to have issues with life, a self destruct button, might be a bit eccentric, or have a particular innocence. I think those traits can make great artists, but nowadays with social media and TV, we know so much more about their lives, that those traits draw us to them or away, whereas several decades ago we purely judged them on their music

I always thought: Cat Stevens. A thick-as-pig5hit religious bigot who blames the media for his stomach-churning behaviour during (and after) the Rushdie affair. That must affect what I think of his music, I mused.

Then I realised, “Was Dog a Donut” excepted, I have always hated his godawful “music” anyway.

I’d love to see a Pete Townshend and Van Morrison collab on stage…but I wouldn’t hang for the after party.

If I judged an artist by their character, behaviour, politics, religion etc then my music shelve would be at least half of its present size. Clapton, Rod Stewart, Dylan, Paul Weller, Kate Bush, Bowie, Public Enemy et al have all, at one time or other, engaged in behaviour or expressed opinions that are diametrically opposed to my personal values. Obviously some, such as Morrissey, are beyond the pale, but I generally try to enjoy art for art’s sake rather than the individual character of its practitioners.

Roger Waters, his political stances recently have got tedious imho, but he is entitled to his views. Still a musical genius and I won’t stop listening his music.

Billy Bragg, don’t like his music or his politics

Yes, I was going to mention Waters. I just got the “Us and Them” Bluray, which is fabulous. But some of his rants are a bit OTT and seem counter to an expressed view to unite people. But it’s never put me off his music.

For me it is Elvis Costello. I love the Attractions but am disgusted how he treated Bruce Thomas.

Just read about Van Morrison and Eric Clapton making some songs that are basically anti COVID restrictions songs. Not a great Van fan anyway, so no loss there, but I won’t be paying for any more Clapton music.