I heard about Dr. Who in the passing in the early 2000s, never got to watching it.

I was expecting it to be more sci/fi adventure and kid friendly - but I find it a little too scary for the kids.

I originally tried watching a show so I have something to watch with my 9 year old - but found it too scary for him. Hell, even I get scared (not into the horror genre), but the endings always leave a nice taste on the palate…

So - especially for folks from the home of BBC -

And - other kid friendly/family friendly scifi/adventure shows to recommend - want to wean the kiddo off Disney/Star Wars.

I never found anything scary, from the first ever episode when I was about 9, onwards…

My favourite Doctor from the old series before its hiatus was, bringing a nice injection of humour, after that I felt it declined. However I enjoyed its return with Christopher Eccleston, then David Tennant, but felt the writing deteriorated with Matt Smith, and fell apart completely by the time Jodie Whittaker was the Doctor.

I’ve no idea if that will help you!

Maybe the older series before Christopher Eccleston and Matt Smith was less scary? I found the ones with the weeping angels fairly terrifying…
And the silence…

Any series from the ones before Chris Eccleston you recommend! I see there is Tom something and other stuff…

Tom Baker was good he brought humour into it, which I thought was good. I meant to name him, but somehow didn’t finish my sentence! The ones before I enjoyed, and after that Peter Davison was OK, also and someone after him, but by Sylvester McCoy I got bored with it.

In the rejuvenated series I forgot there was someone between Matt Smith and Jodie Whittaker, so to amend the my previous post, I thought was mostly OK with Matt Smith, but with Peter Capaldi it became weird - I watched it, but really struggled at times. With Jodie Foster I made it through the first series, but that killed my interest and didn’t watch the second.

Thanks! Let me try Tom.Baker.

The complete “reboot” dr who series ie starting with Christopher Ecclestone is available on bbc iPlayer in the UK.
For the “original” dr who it’s worth checking out specific series eg season 16 with Tom baker collectively known as the key to time. Also “caves of androzani” with Peter Davidson ending with his regeneration into Colin baker.
“Curse of fenric” with sylvester McCoy.
There are loads of clips on YouTube so you can get an idea.
Check “genesis of the Daleks” also Tom baker. 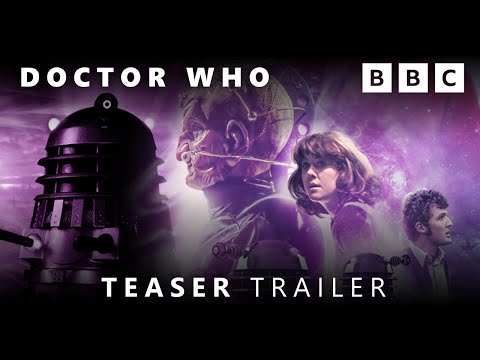 Best dr who episode ever (IMO) 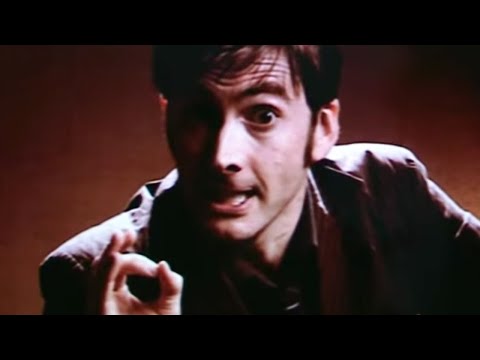 If you want another classic sci-fi series, then try Blake’s 7.

Watching Dr. Who from behind the sofa/large armchair was a regular thing in my house, this from the days of Jon Pertwee. It was almost a pre-teen rite of passage when one could sit and watch a whole episode in/on the chair! In those days, I think some of the adversaries and action was less scary than nowadays - certainly some of the storylines have become darker in tone.

You could look out The Sarah Jane Adventures which stems from Dr. Who and is aimed at a younger audience, plus Torchwood down the line - see the Wiki page about DW for info/links - this also outlines the ebb and flow of Dr. Who and its re-boot in the UK. IIRC, it was always shown around 6pm on Saturday in the UK.

IMV, unfortunately, it’s now lost its way again due to the over-focus on seeking to be ultra-PC and having a larger cast.

I find the show very hit and miss, the David Tennant shows were very good like innocent Bystander I felt it fell away with Pater Capaldi and Matt Smith, the Jodie Whittaker stories have been let down by some rather PC scripts but she has been pretty good.

In answer to the question about being friendly for kids I would suggest the Sarah Jane adventures, set in the same universe but aimed at a younger audience

If you return to the classic series then you may find better storylines. For me the first 4 Doctors were best. And Jon Pertwee as good as it ever was. He was a Doctor who could reverse the polarity of the neutron flow, a sure fire solution to many problems. Most of the series are very good and I remember enjoying them including The Daemons, The Sea Devils and Terror of the Autons. 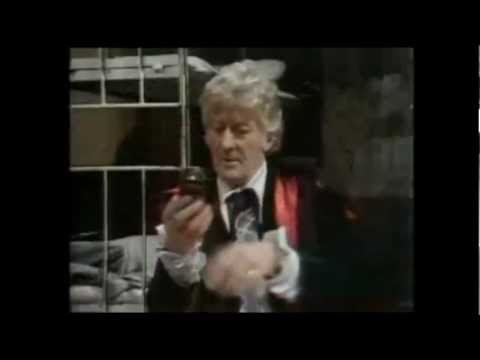 There are two Doctor Who feature films with Peter Cushing as the Doctor, which are good to watch. Both feature Daleks: Dr. Who & the Daleks and Daleks’ Invasion Earth 2150 A.D.

If you want to try some other classic science fiction then I thoroughly recommend UFO. It was created by Gerry Anderson who was famous for his supermarination series such as Stingray, Thunderbirds and Captain Scarlet, but UFO used actors rather than puppets.

Another classic is Children of the Stones - which may scare a little, but was made for children.

I’ve never seen Star Wars and didn’t really like Star Trek. So I can easily understand why you’d prefer not to watch those. My idea of a good science fiction film is Moon Zero Two or The Final Programme.

Yes John pertwee was the best Dr Who series. When one was young, it was very scary. Hard to believe, but times were different and people were different.

I still remember the episode Pertwee transformed into Tom Baker. It was never the same after that moment. Very disappointing. Looking back, Baker was good, different and added humour, but the magic of Dr Who lost from the era before.

Christopher Ecclestone was the only Dr to bring back the magic. Unfortunately he’s quite temperamental and quit too early.

Another old classic is “Quatermass and the Pit” (Andre Morell 1958). In glorious black and white. I remember watching it and hiding behind the settee. Much better than the later film version, and I still rewatch about once a year.

Pertwee IS Dr Who for me, too. Tom was OK for sure, but really, it changed forever at that point.

How one feels about Dr Who may well be related to age. Aged 9 the year it first started with I didn’t find it scary, just fascinating, fitting with my love of science fiction - but my brother 4 years younger did. Jon Pertwee was good, but as by then a young adult Tom Baker with and his brand of humour stood out - and perhaps my memory of Jon Pertwee is tarnished by association with his later involvement with Wurzel Gummidge.

Without question, the standout Doctor for me was William Hartnell whom I watched at a very young age. Patrick Troughton was pretty passable as an alternative, but there then followed a range of actors and scriptwriters (no doubt confined by budget) that consigned the series to mediocrity. Indeed, were it not for a crush I had on Katy Manning in the early Jon Pertwee era, I would never have watched Dr Who at all after Patrick Troughton left.

The revival for me came with those excellent actors, Christopher Ecclestone and David Tennant, and the larger budgets and better screenwriting that was available to them.

Some of the film adaptations were quite good. Peter Cushing imitated the broad style of William Hartnell, but couldn’t quite portray the dark side or the menace of the original Dr Who that Hartnell portrayed so wonderfully.

Hiding behind the sofa was a rite of passage for me - perhaps it should be part of every child’s transition to teenager?
I recall seeing Tom Baker, with trademark scarf, walking down Ealing Broadway on the way to Ealing Studios in the ‘79 or early 80’s.
I confess to having a crush on various assistants over the years - well beyond it being appropriate. But the two key accessories were K9 and the sonic screwdriver.
I think the modern approach to scripts, where moments in history are given the Dr Who treatment, is a tremendous device, but often let down by bizarre sequences.

I must admit that there have been too many poor quality scripts, especially in the Capaldi and Smith time, I stopped watching.

I know I’m in a minority but I like Jodie Whittaker though some aspects are too obviously PC.

And didactic: today’s lesson is… I guess they decided to refocus on children, the Eccleston/Tannant period having been definitely aimed at adults. No idea who the scriptwriters after that were aiming at, or perhaps I should say no idea what they were at, as storylines became increasingly bizarre -just as did the Sherlock Holmes series.

You were not alone! I’m sure the choice os assistants was purposeful.

Glad I am not alone in feeling the Sherlock Holmes stories just got too bizarre .