Hmm…I think the programme on BBC2 afterwards suggests the opposite and that Mark Gattis has investigated to the point whereby his knowledge of the subject (the book, the author, the stage productions, the movies, the history) exceeds all of us put together!

It was a dramatic variation for sure, certainly part 3(!), but I guess that’s what artistic licence is all about.

Contrary to some predictions however, I don’t feel it’s the new Sherlock somehow…Seemed to go the way of Doctor Who, in the space of 3 episodes. In starting out as a witty, clever, slightly hammy but highly produced homage to a popular character, it then moved to a shiny and bright, even less credulous confusion of plotlines, perhaps appealing to the kids and critics of a similar bent.

There’s so little what might be called ‘family viewing’ it was nice for us to sit with our girls - they really enjoyed it.

The documentary which followed was interesting to see how one researches a fictional character.

True my daughter watched all three episodes with us.

Mind, she had spent much of the previous two days watching The Death of Stalin, re-watching the entire Chernobyl series and then some Fast Show (Brilliant!), so she was certainly up for some continued variety and escapism before school starts again next week…

Dan maybe another Dracula-by-numbers remake isn’t what we want these days. I watched all three with younger son, we loved it. Elder boy lost interest halfway through ep 2.

I genuinely think this has been one of the best tv dramas in ages. Well made, humour in unexpected places, terrific plot with unexpected gear changes and shifts in direction and a nice bit of social commentary in places.

I wouldn’t call it that

Clearly many people enjoyed it - it may boil down to expectation and mine wasn’t of a modern gorefest. I used to enjoy horror movies and don’t mind tastefully done blood and gore, but too many movies/shows now aim just to shock or its laughably over the top as was the case here.

The last episode I started watching before nodding off was interesting but the obligatory Gatiss ‘cameo’ role always grates (from Dr Who to Sherlock) with me.

The problem for me was that it was neither really an all out traditional gothic horror or a full blown spoof and I feel it would have been better had they opted for one of the other rather than something in between.

Art divides us - we can’t even agree on the merits of The Beatles or Pink Floyd in the Music Room so drama is hardly a surprise.

Dracula is so overrated, more campire than vampire, and totally eclipsed by Count von Krolock 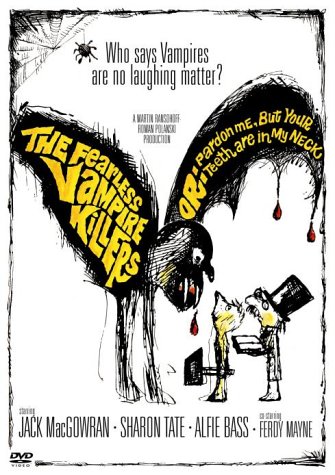 Well if we’re going for favourite vampires, Salma Hayek in ‘From Dusk till Dawn’ easily wins my vote!

Goes to show the Prof must have been a very knowledgable fellow.

All the best vamp movies were made in the 60s and 70s.
They should have given up after 1980 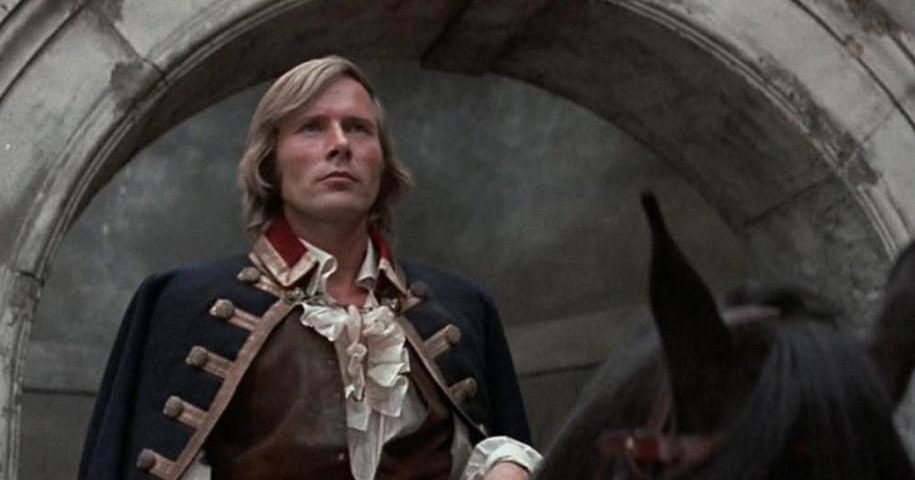 Myself and a friend used to refer to it as James Hunt Vampire Hunter. For those who remember the British racing driver.

Just the man fo the job then, those vampires used to lap it up

Because they can’t go out in the sun, all vampires have a vitamin D deficiency. That’s the real reason why they suck our vitamin rich blood.

No vank you, I am very happy vith these.

The reviews are mixed - personally, I found the first instalment very good but things went downhill from there. Dare I say, I was anticipating more darkness than light as things played out but the 3rd instalment just dragged on - stylistically, I don’t like cutting backwards and forwards.

Was amazed at the ending of episode two , it was like threading a metric nut onto an imperial bolt. Debating whether to bother with episode 3.

Thought BBC’s drama output was weak this year, as for Christmas Carol why bother? There have been better versions ( Patrick Stewart) and every version has been shorter.

I have to say I rather enjoyed it. I think Gatiss and Moffatt did their ‘Sherlock’ thing to it and had a good play with it but ultimately were respectful to main ideas. It was great fun without being too hammy and as Lucy Mangan in Grauniad pointed out, in Agatha we had quite possibly the best nun on screen ever. I also rather enjoyed the new version of A Christmas Carol - perhaps I am easily pleased at Christmas!

I thought that Patrick Stewart’s version was good, as were a couple of others. I thought this year’s Christmas Carol was very good, though different. Enjoyed it.

I found the ending interesting. You could tell Gatiss more than Moffat was having a ball with thinking about what Dracula would think and do in such situations they put him in.
When the big D realises that he can expose himself to sunlight - he then seems to be overcome by Van Helsings revelation that he is just a big sissy and should just finally put an end to it all. Which he does.
I don’t know, you would think after centuries without human emotion, he wouldn’t be so soft.
Even though those sunbeams must have stirred something deep in his undead soul.
He should have been plotting a greater plan for world domination, since his newly acquired skill of day walking could have been taken further.

I thought both Dracula and A Christmas Carol were both very good, imaginative and significantly different from previous versions. Far preferable to the majority of the popular dross on most terrestrial channels. Each to his own.