When the f*ck-wits have driven through a no-deal Brexit and screwed their country over in the name of knuckle-dragging nationalism what will they rename E-numbers?
Boris numbers? Farage numbers??

No they will still be E numbers because we will be buying food from and selling food to the EU so all the E numbers will still be fully necessary and relevant to UK too, as will be the case for most other European standards too.

And after Brexit UK will have to more fully comply with EU legislation than it has hitherto - which is why there are hundreds of civil sevants presently engaged in incorporating more EU law into UK legislation than ever before. And it is worse for the Crown Dependencies, which up to now had been much freer from EU legislation than the UK.

I think I can predict how this thread is going to end.

When the f*ck-wits have driven through a no-deal Brexit and screwed their country over in the name of knuckle-dragging nationalism what will they rename E-numbers?

Might one dare to point out the “BR” in the six letter word. As far as I know Great Britain is neither a country or “their” country. To then talk about “knuckle-dragging nationalism” is magnificent comedy.

There I’ve started it L)

Personally I’d be happy for them to dispense with E numbers entirely and actually list the natural or chemical/artificial ‘ingredient’ directly instead.

Apart from classifying additives into groups you have to wonder if they were used simplyto reduce the amount of text on a label or to hide rather uncomprehensible (to most people) chemcial names which might make them think twice about what they’re ingesting.

Unless you’re highly interested in additives, I doubt many people have a mental ready reckoner of all the hundreds of E numbers when they’re out shopping, and the percentage of people who bother to look at ingredients is probably low anyway, especially for products they buy regularly from ‘trusted’ big brands.

Interesting too that several E additives are legal in the EU, but banned for example in the US (possibly for the wrong reasons if I were to be cynical) or have ‘being re-evaluated’ in the EU status listed. 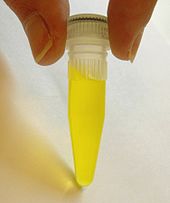 E numbers ("E" stands for "Europe") are codes for substances that are permitted to be used as food additives for use within the European Union (EU) and European Free Trade Association (EFTA). Commonly found on food labels, their safety assessment and approval are the responsibility of the European Food Safety Authority (EFSA). Having a single unified list for food additives was first agreed upon in 1962 with food colouring. In 1964, the directives for preservatives were added, 1970 for antioxi...

Interestingly, just looking at a bottle of Schweppes slimline lemonade, ingredients are listed sensibly under categories such as Acidity Regulators and Sweeteners with the constituents names in parentheses - no E numbers in sight, does this reflect the product may be manufactured by a non-EU company?

UK Food Labelling Regulations require use of name or serial number (=‘E’ number), so either can be used (and no prohibition on using both). It is up to the manufacturer.

It doesn’t matter whether it’s an EU company or not, if the product is “placed on the market” ie sold in the EU, then the labelling regulations have to be met. That’s why you won’t see an alternative UK labelling scheme anytime soon, because it would prevent the sale of the products into the EU, whether we are EU members or not.

Of course there is nothing to stop us deciding, post-Boris, to require the additional labelling of “Made desperately in Lesser Britain, formerly known proudly as Great Britain”.
Best

Could that bottle of lemonade I mention be sold in Germant without explicitly listing E numbers for sodium citrate, citric acid, aspartame, sodium saccharin, potassium sorbate and ascorbic acid which mean far more to me than a list of E numbers?

E numbers are surely just a classification, and could still be used whether we’re part of Europe or not?

Just saying that E numbers are not the biggest concern I’d have about Brexit, we could presumably still use them anyway. I suspect the OPs post was a little tongue in cheek.

I think the OP’s post was indeed tongue in cheek!

Anyone from UK to France to Germany to New Zealand to anywhere else can only sell in Germany if they abide by the EU labelling regulations, which as I understand it require ingredients to be listed with E numbers of chemical names as the person “placing on the EU market” prefers. So we can continue to use them or not. But we couldn’t invent eg “Farage numbers” and still sell those products to the EU unless we also add E numbers or chemical names. That’s why we will go on using E numbers in UK.
Best

Indeed that is the case - though in fact the EU’s Labelling requirements were originally modelled on the UK’s, and in reality there is very little the UK would want to do with them that is different from what the EU wants.

Yes. My reference to UK was irrelevant.

If a ship passed throught the straights of Gibraltar containing foodstuffs that weren’t labelled with the required E numbers, would the EU be within the law to impound the ship, even if the ship was not bound for a none EU member state. IE. Syria.

It’s only an offence to “place on the EU market” food that is not properly labelled. So there would be no problem taking a ship full of wrongly labelled food into the Med. But if you did it often, depending where it ended up, you might find yourself having a discussion with customs officials.

The oil for Syria is quite different because that is a breach of sanctions on Syria, not on importing into the EU.

Can’t do that that would mean it French (lesser Britain is Bretagne aka Brittany!).
We cant have French imports, they’e EU demagogues - they may be trying to poison us!