If it’s critical to your vehicle then you will need to keep an eye on their web site. The VMCC forum guys keep on top of this so worth joining that or a similar classic vehicle forum.
There are solutions (literally in the case of petrol tank liners!) and updated fuel system components but the worst thing about ethanol is it goes off really quickly and can gum up carbs as well as containing water which can separate out. Plenty of info on line about the problems and solutions. Main thing is we can keep on driving - who thought destroying rain forests to plant palm oil trees was a good idea?

As it happens I’m using super grade petrol for my old lawn mower currently as I just filled the can before filling my car. But maybe I need to keep doing this, as the lawn mower and it’s old Briggs and Stratton engine is at least 30 years old.

Definitely, if you get it serviced it might be worth enquiring about upgrade kits?

I don’t get it serviced! I put a new spark plug in every couple of years and change the oil about once every five years. I did put a new blade on it once too. And a new grass collecting box because the old one suddenly split. Luckily the latter I got as a new old part on eBay for a tenner.

I remember being concerned as to whether it would be ok when we went over to lead free petrol, but I checked in the manual which I had never got round to reading and it said “lead free petrol isn’t essential but is preferred”. So that was ok!

My BMW is approved for B5, but all you can find these days is B7, so thats what it gets.
However I’m very cautious about biodiesel, I used to be the technical after sales boss of a multinational that used diesel power & we suffered huge warranty costs because of misuse of bio “diesel”, & I’m talking millions. This was in the early days & most of the damage was caused with people brewing their own biofuel. OK it worked up to a point, but diesel fuel it ain’t.
But bio fuel has moved on since then & I’m now assured the fuel companies do work with the engine manufacturers to verify the engines & fuels.
I read a paper on the move to B10 & note "… all accept B7 diesel … (however) the use of B10 diesel presents issues of compatibility with vehicles, especially the more modern ones with more sophisticated emission control equipment. "
I guess its something to watch out for.

I certainly will be not using E10 in my chainsaw, to prevent damage to the plastic components.
The amount of fuel I get through in a year is small, so the incremental cost will be minimal.

What did it stink of? Particulates come mainly from Diesel cars very few of which may be considered ‘classic’.

It could have been a petrol engine burning some oil. We tend to forget that although nowadays one doesn’t even think of putting oil into a modern engine because they just don’t burn any, in the old days cars used to burn quite a lot, especially once those piston rings had worn for 100K miles or so.

I remember a lease car SUV that had an american v6 engine, we were so used to european engines that rarely burnt oil. We had not had it very long, but as we were going on holiday a few minutes beforehand i checked the oil. It was very low, had to buy castrol at the local bp garage……cost a fortune, but i needed it😬

I used to buy Castrol GTX by the gallon can. That was long before they started selling it in litres….

But we both agreed he needed to buy a can of it for his car tomorrow as the oil pressure light was flickering at low revs.

Alas they were bought by BP who own Castrol, so Duckhams as a brand disappeared.

I remember during an oil crisis in the 70s going to fancy dress party dressed notionally as a sheikh with a gallon can of Duckhams. Seemed like a good idea at the time…

Something no-one has yet mentioned here is the lower shelf life of E10. It is much less (2-3 months) which will certainly effect many people. This may also catch out people with a modern car and a big tank that does low milage.

Nice propaganda Nigel. That last sentence is only marginally related to the previous three. The car emissions that you are referring to are not the only cause of poor air quality.

Unfortunately I don’t know the stats, but I would imagine most classic cars probably don’t get driven that much. On the other side, there are other areas that possibly contribute badly that those fuel won’t address. I’m sure we have all seen those Worker vans chucking out thick black smoke. Then there are the people that leave the engine on just sat in a car outside a school, or the people that are happy to drive around a car park several times for 10 minutes to save their legs a 50 yard walk.

As I said I don’t know the stats, but thankfully I do feel the country is taking more notice of environmental issues and are starting to come around.

E10 is an oxygenated fuel containing ethanol. It’s been around for decades around the world but not widespread in Europe. The main issue is that it is corrosive to many materials, so fuel systems made of coated mild steel will fail over time, as do traditional seal materials. The motor industry has been using stainless steel pipe and compatible seals for maybe 20 years or more now, hence most modern cars are fine. It’s the older ones that may suffer issues if E10 is used over longer periods.

Yer best off putting Aspen or Husky Power 2 (Blue Aspen) in your saw, its premixed 50:1 and will not harm rubber or cause damage like stale 2 stroke will.

Steer well clear of mixing 2 stroke with E10, better to use E5 as less ethanol to absorb water, etc.

I noted today that Tesco SUL was only available on a couple of pumps but at least they had some for a nice run out and some cheese from the Wensleydale Creamery at Hawes in North Yorkshire.
Some pics along the way. 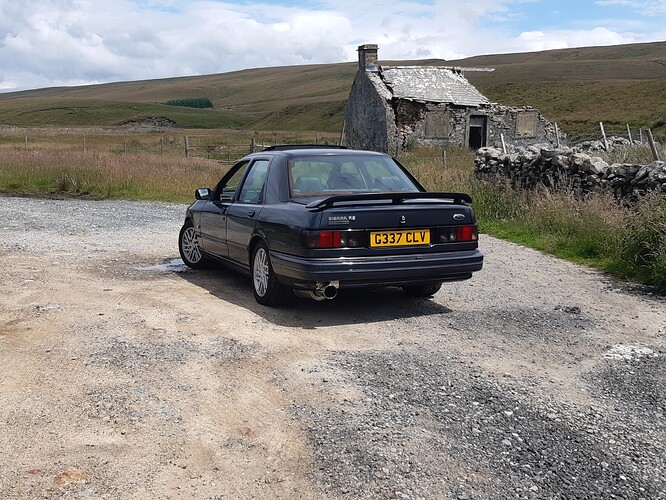 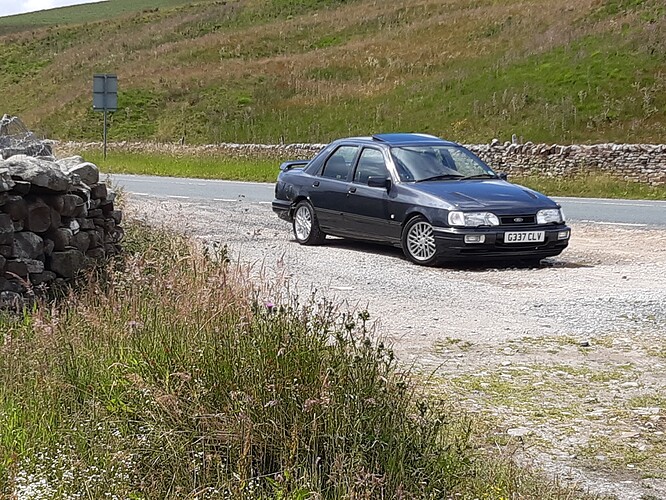