Saw this early model in the Reynold’s museum near Edmonton.
c. 1900.

The text that stood alongside was equally interesting… 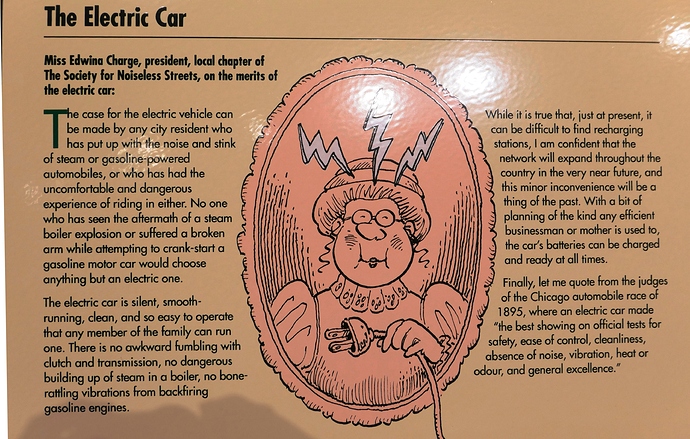 It’s quite ironic that the Government is going to introduce regulations that require electric vehicles to make a noise to alert people to the fact of them being there and moving about.

Yes, other than range, as far as I can see, relative to combustion engine cars there is nothing not to like about electric cars. They can accelerante as fast or faster, run smoother, are quieter, are more reliable, have less servicing needs, produce no emissions in streets.

(But the power still gas to come from somewhere.) 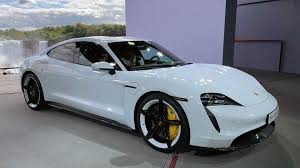 I have an electric car, and you wouldn’t believe the number of times I’ve nearly run people over!

How much would your Model 3 fetch as a trade-in …

Our company Model S is now three years old. I’m pretty sure Henry will be looking for a replacement before Xmas. I doubt if he would bite, but a few details might help !

I doubt our Model 3 would even fetch 30% of the full cost of the Taycan as a trade. But on the upside, our Model 3 is just a couple of tenths slower to 100km/hr, and has longer range. Not to mention access to Tesla’s extensive SuperCharger network.

The build quality and handling of the Taycan would be top-notch, though. Our Model 3 is better than a Japanese car in terms of fit and finish, and very close to Audi/BMW, but the only Porsche I’ve driven (a Panamera) was next-level and truly extraordinary.

There is one electric car I would consider… 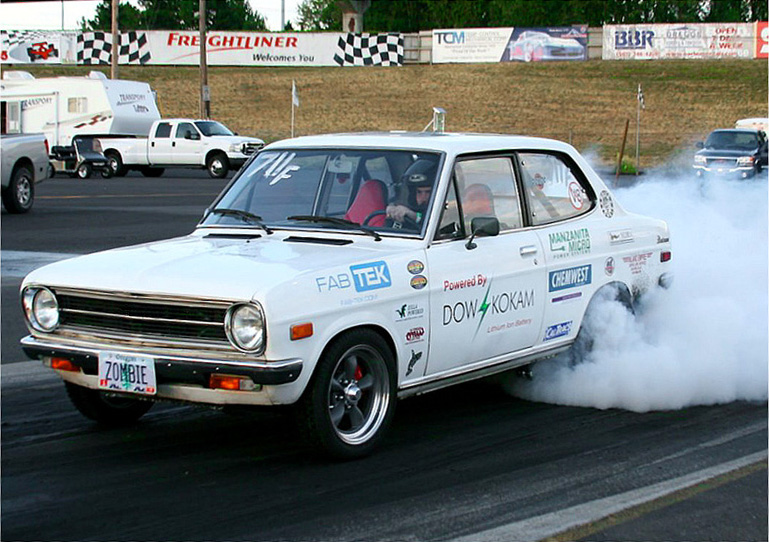 Came across this on the other place. 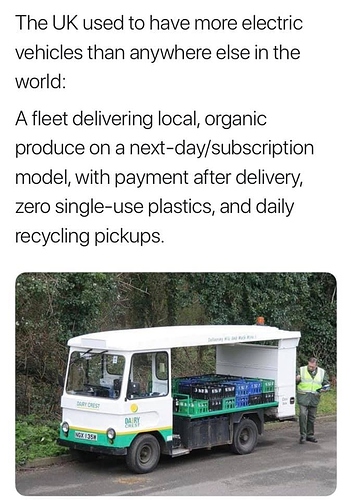 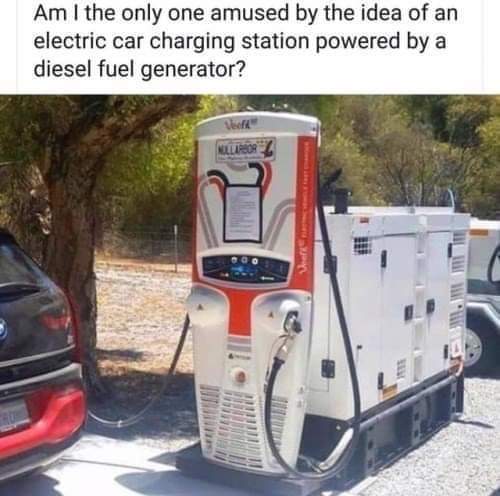 Not this one again (been floating around for a couple of months) - done as a temporary measure in Australia to plug gaps in the charging network. (1) it’s actually more efficient for the diesel to be turned into electricity and then used in an electric car than to be shovelled into a diesel car and used to drive the same route (2) the intention is to replace the diesel by solar panels in time

I completely agree with you we need to reduce fossil fuels use. But until electric cars have a range of 250 miles and can tow my caravan then I will have to rely on them.
We have gone green with Led lights, induction hob etc heating water with solar, have you Tim???

Sounds a bit like you are having a go there, which seems a little unnecessary. Here’s the list then - have an EV which has 200+ miles range - managed Edinburgh and back in a day to drop my daughter off at uni (360-mile return trip), and used wherever possible, our house is very highly insulated, way beyond building controls when done 12-13 years ago, we have a one third share in an 11 kw wind turbine (generates more than the three families sharing it use, even including 15k miles in my EV), we have rainwater harvesting system, led and other low energy lights, oh and we planted several thousand trees a few years ago (not sure but it was ballpark 10-20k) and we are planting more than we fell each year to feed wood burners (hard wood only and seasoned a good long time so well dried) which also heat hot water. We would have got solar water in when we did the build but the council were very, very anti anything Eco being put on barn conversions - and we had a fight 4-5 years later to get the wind turbine (we were the first in council’s planning area to get permission).

Always more to do, though… we will get solar and also replace oil central heating when there is a viable alternative

Ok no offence meant, wish there were more like us. We got in at the beginning with solar panels, best investment ever made on return for money. We had hot water panels in 2001 but they have died .so use spare electric capacity to heat water

I tried not to take offence and very nearly managed

Ok no offence meant, wish there were more like us. We got in at the beginning with solar panels, best investment ever made on return for money. We had hot water panels in 2001 but they have died .so use spare electric capacity to heat water

Big mis-understading on my part here. I thought all this eco-friendly stuff was about saving the Planet, not saving a personal financial fortune.

who would pay for the necessary additional power stations and

what taxes would our government dream up to replace fuel duty, VAT on motor fuel, VED

Don’t get me wrong, i’m not saying any of these changes are bad, just wondering what the future might look like !
… 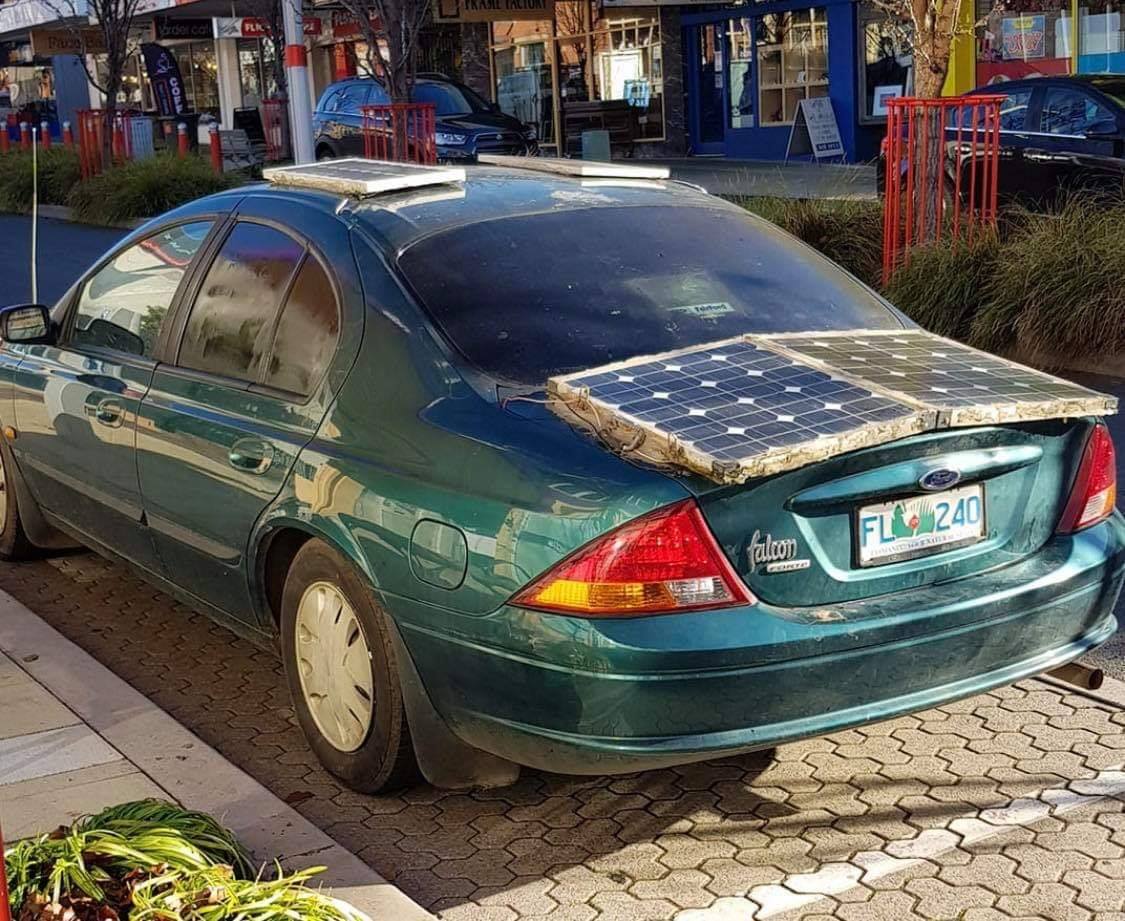