SWMBO thinks she saw something on the ‘idiot box’ the other day about Diesel and Petrol cars being made illegal. I told her that this won’t be for several years (I believe 2030?) and does NOT mean that I won’t be able to use our BM3 diesel car. I’m not due to change my car for another couple of years at least (I buy new and keep for 10 years, so that I get exactly what I want in terms of extras etc). My plan was to eventually change the current car for something a little smaller, as the BMW3 is about the largest car that I can get into our garage and still manage to get into/out of!

However, to placate her I’ve been looking at electric cars on t’interweb, with various criteria :

Difficult to find anything that would fit the bill. The smaller cars have less range/extras. Polestar 1 would do, but wouldn’t fit in the garage. Tesla 3 (long range version) would be OK, but again, is wider than my BMW3. I would prefer to keep my car in the garage when not in use.

Think I’ll ignore it all for a couple of years, especially as I’ve barely put 1000 miles on my car in the last year! (lockdown etc). Had the car out on Monday (trip to the Dentist for checkup), and it’ll be used again tomorrow for SWMBO’s visit to her second dentist (our usual one referrred her to him).

With regard to charging on a 3pin socket, whilst you may be able to do this it is very slow. Our i3 can be but 80% charge takes about 35mins at most commercial chargers, about 4 hours on our dedicated wall box but I think 24hrs on a 3pin. Probably buggers the sound from your Hifi too.

Polestar 2 would fit your spec OK maybe? I would not worry too much about proximity of dealers for servicing, it is hardly a big deal on EVs. Ours has a two year interval. I suspect they’d collect the car to do a service too.

I am not going to rehash the arguments for and against. I am sure others will. Suffice to say that living with ours is simple and easy and we will almost certainly have two EVs when my petrol car needs changing. I’d expect that the selection will have widened further by then.

Better to leave it at the moment lots of new stuff appearing so you should have a wider choice in a couple of years with the latest technology.

You’re correct - I did mean to say Polestar 2, but got the 2 models transposed in my mind. Point still there - the dimensions appear to be bigger than my current BMW. The BMW i3 is too wide for my needs, and the quoted range is a little on the low side.

I’ve seen ‘portable EV chargers’ on a websearch, but they look to be quite bulky and seem to be designed rather like those chargers you can buy for mobile phones - i.e. they are just batteries which transfer their charge to the car.

As an aside - I think I may get the bodyshop to have a look at my BMW when the lockdown eventually eases. I’m ashamed to say that I misjudged my car positioning a few weeks ago, and scraped the left side of the car on the automatic garage door runner while parking it (as I’ve said, it’s a fairly tight fit). Needless to say, I got no sympathy from SWMBO, only a comment that I should have been more careful.

That’s what I think, too. However, I am now 72, so I wonder how many more years I have left on me!

I quite the look of the new Ford Mustang Mach-E. When my current lease is up next year it will certainly be on my test drive list.

Not only will you have a greater choice but I think as more electric cars become available you should see competition making pricing more favourably.

Yes, it’s 2030 that is the date when new petrol and diesel cars will not be allowed to be sold.
Hybrid cars can be sold up to 2035.

We will all be able to still drive petrol and diesel cars beyond 2030, but of course beyond 2030 as they come to the end of their life they will be replaced by electric vehicles.
So no need to dash off and get an electric vehicle just yet, as others have mentioned already, the choice on offer and the range that batteries will be able to deliver will be increasing substantially over the next couple of years.

I think I’ve come full circle. Learned to drive in one of these 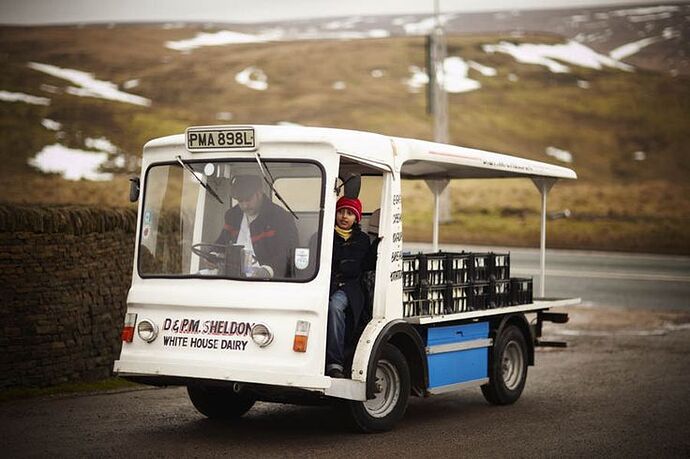 Will my last ride be in one similar? ( though hopefully not just yet)

I think there are lots of options, but if you want it to be smaller, VW id.3

Cute - the Honda e (though range is not so good).

Hyundai and Kia both have a variety of decent spec models. Servicing is cheaper and less frequent - there’s something like only 72 moving parts in a Tesla, iirc. Tesla Model 3 is probably a good choice if you want wider availability of chargers. When travelling to places, most people don’t worry about charging on a 3 pin plug but nip to the local charging point and grab a coffee whilst getting an 80% charge in 30 mins or so, then come back, or just charge when going out (like filling at petrol station, basically).

Sure, technology is improving all the time and prices are coming down. But it’s at that tipping point for us at the moment, as it is for many, where the lease or finance prices per month are about the same as diesel/petrol costs per month, so it’s essentially no more expensive to go electric, potentially more environmentally friendly, and probably money saving in the next couple of years… But I’d not buy one intending to keep it for 5 years, as it’ll be out of date earlier than many other cars.

Mercedes do an a class hybrid that is the equivalent of an a250, really good performance and extras although not a full on electric car

But I’d not buy one intending to keep it for 5 years, as it’ll be out of date earlier than many other cars.

Am understanding that you’d ditch it after 5 years?

If I were looking for a car to have long term, then I’d not yet buy an electric one as they are not progressed enough. For many people, the car I pass on after 3 years or so will be a cost-effective solution for them.

The specific actuality for us is that we are after a VW.Buzz, but these will not be out until the end of 2022, maybe even later than that - so anything we get will be traded for the Buzz at that time…

Doesn’t the cycle of “buy ‘n’ bin” go against the “environmentally friendly” point of view?

For me to be tempted to electric I need decent ones, e.g. Tesla Model 3 (picking one of few models I know something about) to get down to sub £15k secondhand price, with a realistic minimum life of 10 years after that, with 300 miles in a day capability, before I am likely to consider them viable alternatives to fossil fuel powered cars.

The longer I think about this, the more I come to the opinion that I will probably keep my current diesel car until it becomes economically not worth repairing. After all - I’m retired, low mileage … etc etc.

Wise decision in my opinion the Electric car technology after a relatively slow start is beginning to move at much faster rate the amount of money being invested is truly astonishing.

IMO it remains to be seen whether physics constrains battery development such that range and rate of re-charging continue to be factors limiting the versatility of EVs.

Doesn’t the cycle of “buy ‘n’ bin” go against the “environmentally friendly” point of view?

Not suggesting it’s binned, just that it’s passed onto to another owner after me… So it makes some sense to me…

That’s what I’ve done with every car I’ve owned: result is minimum cost of ownership!