OK - just swapped out my beloved ES14’s to some NBLs. I need some tips here…I know the NBLs are fussy but these sound bright and just lack midrange compared to the 14’s. At high volumes, they sound great - bass kicks in but at lower/mid levels, they are underwhelming and make for an edgy listen.
So - tips for getting the best from these big speakers? Is there a way folks have calmed a bright output?
Using 252/SC/250…
Cheers.

Welcome to the forum. I’m surprised no one has responded yet in an effort to try and help you, but it may simply be due to not many people running NBL’s these days.

I’ve only ever owned Allaes; I believe the NBLs were a much more grown up and revealing speaker, so I’m afraid I can’t offer much to assist you.

You don’t mention the source you are using, this may or may not have a bearing? What is worth considering is making sure you use a suitable speaker cable, and nothing too “hifi” in the first instance. Naim’s NAC A5 should be a good place to start (and probably end to be fair). Not wishing to teach you to suck eggs here, but a lack of bass is not something I would expect from NBL’s, so double check your speaker cables polarity; that could cause the issues you describe.

Other than that, hopefully someone with better knowledge of the NBL’s will be along to make some suggestions.

It has been many years since I played with NBLs, and even then I never really felt I got the best from them. They were designed active and always sounded much the best that way. The passive crossovers were less successful, which is perhaps why they were revised at least once in their relatively short life.

Anyway, getting the nested boxes right is key. How do the top boxes look on these? Are they tilting at all? Are they pushed back too far? This can have a considerable bearing on projection and midrange so best check it out.

Perhaps @MichaelF can comment, who had these speakers until recently!

How are the NBLs placed?

I’ve not used NBLs but changed my Epos ES14’s for SBLs in 1997 - I lost maybe an octave of bass response, some fund but got a lot more control and refinement. Admittedly I went active from the off.

They are a marmite speaker I think, but the ES14’s truly performed well above their cost and were exceptional speakers. With certain things I know the ES14’s will outperform the SBLs in terms of enjoyment.

I owned NBLs from 2004 till 2020. I run them in active mode supported by a n-Sub to improve bass performance. They need to be placed close to the wall. My distance from the rear wall was app. 10 cm. I suppose that all support security bolts are unlocked. Good luck to find the optimum set up.

I ran NBLs for many years until recently replacing them with Titan 808s. As Richard has said check that the nested boxes are free to wobble on their springs by gently tapping them. If correct they should wobble from side to side for two or three seconds. If you hold the front under the mid driver frame whilst holding the wooden bar at the rear you can gently get the position right if they are not sitting quite correctly.

Position them as close to the back wall as you comfortably can without bass overloading your room.

Back in the day when first reviewed in the hifi press mention was made of a “hole in the mid range” with the NBLs when used in passive mode, but this was to some extent in the crossover revision. They do take a bit of getting used to but once you get them right they are a very capable speaker and it took me years to find a speaker in the 808s that I preferred because of their evenness across the frequency range and all round involvement.

I hope that helps.

I owned NBLs years ago. I found they only sounded good with the best electronics: CD555,552,500. Anything less and they were brutal, fatiguing.

I initially ran them active with a 135 six-pack, but switched to passive 500 as I thought it was much better. Moved on to DBLs soon after, wish I’d kept those.

Maybe Naim could update the crossovers for you? Might be worth inquiring.

Agreed Chris there was a wonderful synergy between the NBLs and the NAP500 and if I remember correctly they were developed around the same time and usually partnered together in demos.
Certainly worth having the crossovers refurbished too.

Another thing about the NBL to note is how they respond to toe in. It think this is down to the side firing bass drivers. Unlike the DBLS, SBLs, SL2s etc… where they’re designed to be used with their backs straight against a solid wall, the NBLs are a little different and can sometimes respond well to a bit of toe in. In some rooms the degree of toe in can make or break how well they work.

NBLs active with Nac 52 and 3 Nap250-2s provide good base response. Passive response is adequate. They must be placed a few inches from the solid back wall however. Slight toe-in will improve things and Naca 5 is a must for optimum performance.

I had 282/hi/250 when I first got mine. They were used examples but set up by my dealer who found their positions without the spikes fitted in the first instance, I later experimented myself and his initial distance to the wall was spot on at 5.5cm, though I found better lateral positions. You won’t do this with spikes fitted unless you have something like Herbie’s gliders as I have in their new home, here the same gap works best too. Adjusted whilst playing Roy Harper’s January Man I can hear the emotion in his voice come and go by varying the gap around this distance. You need the Naim plugs to get them this close so superlumina is out. The (NACA5) speaker cable touching the wall behind them can make for a harsher sound with an unnatural ringing of high piano notes so take care how you dress it.
It’s nice and easy to check all the drivers are working on NBLs at least, thanks to the external crossovers.
There’s a manual somewhere online that tells you about retorquing as well as repacking, I also put the owners handbook up, only as a jpeg, on this forum a few weeks ago if you don’t have that.

If I’d remembered to unplug my system from the wall before a business trip to the States back in 2007, or if lightning hadn’t hit my flat while I was away, I’d still be running that model. Naim managed to rebuild the fritzed 135, but the ES14 was irreparable.

I recall after a few drinks one night I taped foam SBL grills to the front of my NBLs. I always felt the foam on SBL’s and DBL’s were an integral part of the sound. Indeed the NBL’s sound improved with the foam. I emailed the factory back then with my observations and they agreed, but for obvious reasons the NBL had a fabric grill.

There was a outside company making aftermarket crossovers for Naim speakers… wonder if they ever did a NBL crossover?

Thanks all. To answer the questions;
I have these in passive mode
NACA5 used with Naim plugs
Sourced with an admittedly old Micromega Stage 3 and now, I’m proud to say a Rega P3/Stageline/tpsu.
I’ll send some pics of the floating midrange units as one looks off…
I have these about 20cm from the wall with some toein. I’ll try moving them closer…
I am getting used to them. Still not the most relaxing listen but with the right recordings…ooohh. They dig deep!!

Pics of drivers. I notice the tweeters are not quite flat… this need addressing? The midrange units float nicely. One rubber gasket seems further out than others on the right. 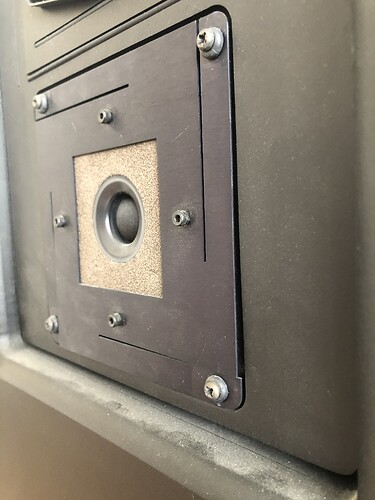 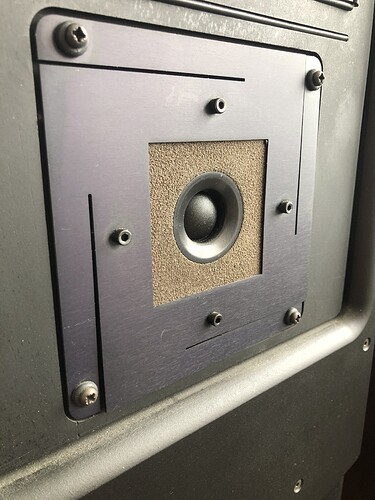 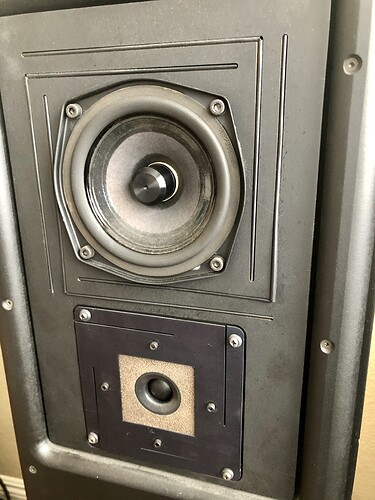 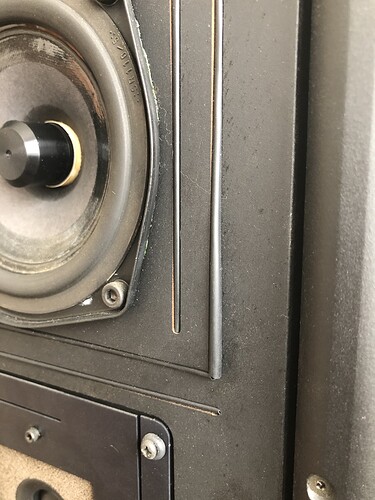 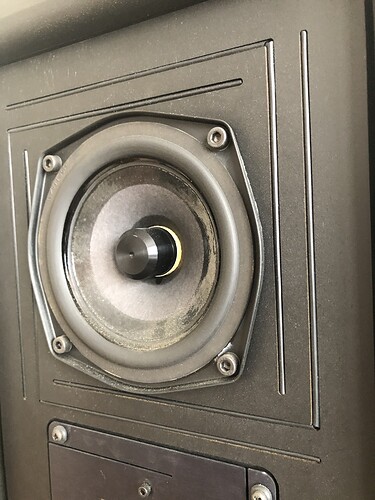 I had a love hate relationship with my nibbles for several years, eventually convincing myself that my listening room was just the wrong shape to let them shine on a regular basis. Very frustrating because from time to time they were simply stunning.

When I first got them they were appalling! I have a suspended timber floor with which the spikes just would not sync. A massive improvement to the overly shrill top end came from the addition of naim chips between spikes and the timber floor. The next thing which improved things markedly for me was removal of naim a5 speaker cable. Replaced by chord this created a much better balanced sound. My problem was with the bass - never could get a balanced bass output at my normal rather modest listening volumes.