Could today be the day that many people take an interest in these for the first time for completely the wrong reasons?

Seriously, we’ve voted in these many times before, but I suspect have done so generally along party lines in favour of those we’d normally support at general elections be they major parties, smaller parties, nationalists.

So today, whichever way you vote, I suspect it is more likely to be down to your opinions on leave/stay rather than voting for someone you’d actually hope would do a good job in Europe in the future?

It’s pretty surreal in my view, yes there’ll be a Brexit Party protest vote, but will this be anything but an aberration, or could this be the death knell of conventional politics, which I think has come to pass long before today.

I don’t think anyone could have forseen the ludicrous handling of the Brexit process which has made the UK look utterly ridiculous, weak and rudderless on the world stage.

If an agreement could not be reached that was acceptable to parliament, we should have left without a deal or withdrawn article 50, neither would have satisfied everyone, but an unacceptable deal satisfies no one but Mrs May.

So today will come and go, yet nothing will really change, there will be proponents of leave/remain amongst the electorate, and even if Mrs May goes soon I can’t see a new leader getting a significantly different or better deal.

Would a general election help solve the mess and bitterness? I was going to say yes, but in reality probably not at all, though I feel the voting public on both sides would love to show their feelings through the ballot box. I don’t think a second referendum is the answer in all honesty, but I don’t think we can rule anything out at this stage, including a no-deal brexit.

As I say, all rather surreal, let’s try to keep it civil

I’ve always voted in the European elections, and I’ve always voted Labour. Today I’ll be voting Green, for their anti-Brexit stance and their environmental credentials. It feels the right thing to do.

We have the Greens in our coalition government. Their environmental stuff has merits, but they seem to get distracted too much into socialism to my tastes and will never appeal to the mainstream for that.

UK turnout normally around 35% when I checked.

Because the results are decided by PR I am actually more likely to vote this time than the General election where I live in a constituency that is never likely to be marginal.

I will vote Green as in the European Parliament they have a reasonable impact. I would not in a GE.

We have the Greens in our coalition government. Their environmental stuff has merits, but they seem to get distracted too much into socialism to my tastes and will never appeal to the mainstream for that.

If we never leave the EU, perhaps we’ll come to realise that the EU elections could be a voice for opinions such as green policies, that we support but would not ordinarily vote for in the general elections as we’d not normally expect them to get many seats.

As I mentioned we’ve voted in these elections many times, but thereafter have probably taken little notice in what our MEPs have done, especially if we didn’t vote for their party.

I just voted and someone asked the guy in charge if they had been busy. He smiled and shook the ballot box. It obviously didn’t have many voting papers in it at all.
Best

I voted early this morning & for the first ever I had a feeling it was all a bit pointless. But on the walk to the polling station I reconsidered & came to the conclusion this could be a evolving politic & the beginning of a change in the democratic process in UK.

Voting for the Brexit Party will for sure send a message of some sort, but isn’t that message already very obvious. I could not vote for a party who’s one & only objective is to get us out & have no other policies that are of any use to the EU assembly or UK. If, as I suspect, we have a 2nd referendum & that gives a majority to cancel article 50 & remain in EU, then we will have a bunch of people in the EU assembly representing UK that don’t want to be there.

What will the other party’s do, what have they got to offer?
Conservative’s & Labour are dead in the water in this election, maybe dead in a other areas as well.
I suspect the Lib Dems will be 2nd in the UK popular vote, add them to the other remain party’s, Green, SNP etc & might appear this one election indicates a sizeable percentage of the population want to stop brexit & remain & that might have enough momentum (sorry no pun intended) to push for a 2nd referendum
I can see that coming & I’m asking myself is this democracy, what happened to the will of the people in 2016 ?? Well in a way it is; we went into something we knew nothing about in 2016, now we know more, whats involved & what are the consequences. We’ve probably learned more of this in these last 3 years than by any other means possible & as an electorate we are now far better informed & better able to make decisions. And IMO that all part of a healthy democratic process.

Which way will a 2nd referendum go - that might be a surprise.

I assume that if we do leave then whoever are elected as MEPs will have a relatively short tenure in office.

I assume that if we do leave then whoever are elected as MEPs will have a relatively short tenure in office.

Yes, but. How long before we do actually leave ??
Then what happens if we do pull art-50 ?? A bunch of people who don’t want to be there for the next 5 years, all getting paid €101,808 + attendance + various expenses, & I dare say turning up to be sure they get the most out of that gravy train, & I suspect a few will be hell bent on causing grief.

Just made my mark, although I think the EP is touthless compared to the power of the European Commission, I hope the result will send some sort of message to the UK parliament.
For the record I’ve changed my mind and voted Brexit. Otherwise it would have been for the greens.

Interesting that the the predicted top two are Brexit Party and Lib Dems, along Brexit lines as pointed out earlier, yet both parties would probably have no chance if it was a General election today instead.

UK turnout normally around 35% when I checked.

Yes (though one year abnormally low at only 24%) - and the low turnout despite most occasions in the past having been coincident with local authority elections (maybe the 24% wasn’t, but that is only conjecture). UK has never been very interested in democracy in the EU at least has never engaged much with it.

I voted Green today, for the first time ever. I have no doubt it will prove to have been a useless vote here in Cornwall, entrenched, it would appear, in Brexit at any cost. Quite surprising, given the way it’s been ignored by Westminster for decades and has had millions poured into it by the EU.

My X is in the box. I voted for those I would want to represent me if we were staying in the EU. I didn’t make any political statement or vote tactically.
Should we exit (which is not guaranteed at the moment) then it doesn’t really matter one way or another. If on the other hand we stay in then whats the point in voting for a Leave party.

The administrative mess continues with EU residents here and UK residents in the EU being denied their votes: 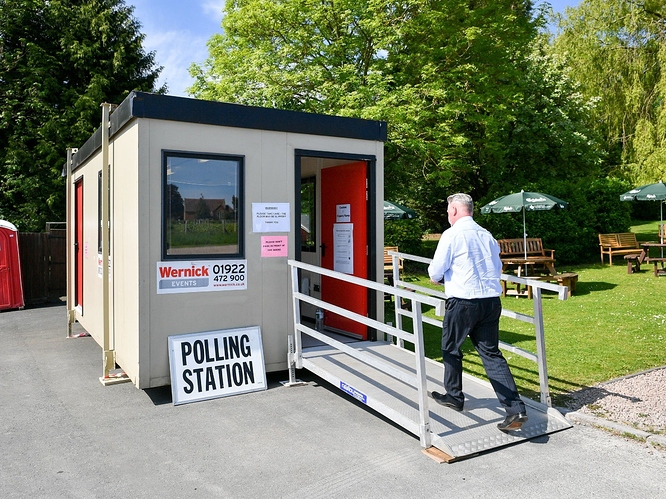 ‘At the polling station my British husband gets the ballot while I am simply told: “Vote in your own country!”’ 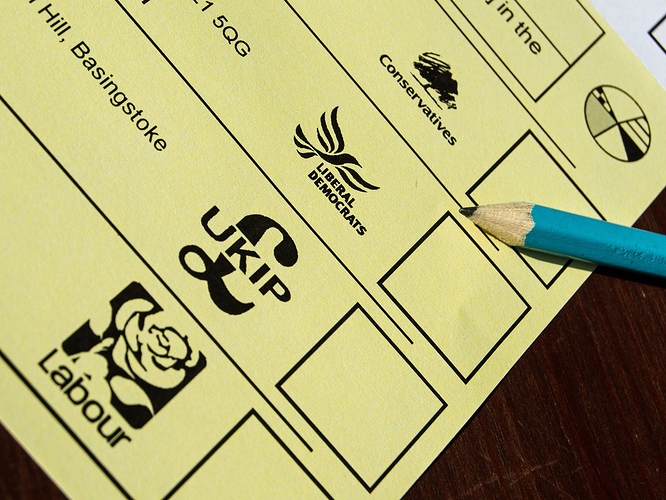 Postal ballots not turning up on time

The turn out was low so far in my area, but I did my bit ferrying people from the old folks home to make sure they had a vote.

In the local election many people deliberately spoiled their ballot papers to register their protest against our continued EU membership: this time they had an option and could vote Brexit. In the next few days we shall know how many did. I can’t imagine many Lib Dem votes here and Labour don’t even bother campaigning: the Conservatives have been noticeable by their absence.

@ Mike-B - yes it as you say a gravy train (not as much as the Commission admittedly), but I have asked those Brexit candidates I know to donate to worthwhile causes such as RNLI, Macmillan, Marie Curie. Not attending shows we do not think we should be there and there is no value in us being there. They will not get the attendance and expenses if they do not show. You did forget the enormous pension by the way.

I’d classify the European Parliament as “mostly harmless”, but the Commission is another matter. Let’s see what happens in a few days time when the counting has been done.

Curious to see how the people of Catalonia vote. As far as I know Carles Puigdemont, Toni Comín and Clara Ponsatí have been denied the right to stand in the EU elections.

Turnout is not high anywhere and falling except Belgium (and Malta) where lots of people have EU jobs. They also have very nice chocolate shops, but rest assured whatever happens we’ll still be able to buy Godiva chocolates.

I gave highlighted before in the Brexit thread how the British people have shown little interest in participating in the democratic process of the EU, the turnout low even when it has been assisted by being coincident with UK local authority polling day so really have little. If people can’t be bothered to vote, how can they justify complaining either that the EU doesn’t do what they want, or b) is undemocratic? And that applied right from the start, long before anyone could have had time to get bored, disillusioned or whatever people may claim today.

Wow Greens to Brexit, bit like going shopping for a 500DR and coming out with a Muso, not that there is anything wrong with Muso’s

I didn’t how to treat this. Should I vote according to who I would want to represent me if we end up remaining in the EU, or treat it as a proxy EU membership referendum.