Er, have I missed something?

Not really. We gave 12 points from the public vote to the winners.

The U.K. and Spain did really well.

I can recall the U.K. song. But I can only visualise the Spanish entry !

I wasn’t being entirely serious

Not at all, we were second to a huge public affirmation of support for Ukraine.

As I said - we were robbed

I didn’t watch the performances, just the scores at the end, commencing with about the last half dozen of the Jury’s scores. I guess the British entry was better than the unaccompanied singing of it was on the News a day or two ago!

Ukraine winning no doubt reflects something quite separate from the musical merit - and if it brings a boost to morale of the population of that beleaguered country then absolutely why not, and it has my full support.

It is of course impossible to determine what the outcome would have been under normal circumstances: the public vote at least may have been very different, and where those votes would have been assigned is anyone’s guess - there is absolutely no certainty that Britain would have won, but at least not the embarrassing “nil point”!

All the commentary saying that the UK just needed a decent song for once to score some points. I suspect they’re right up to a point but beyond the predicted huge points hall for Ukraine from the TV vote, the next two biggest scores were for the ‘novelty’ acts from Moldova and Serbia. Go figure…

Eurovision has rarely, if ever, been primarily focussed on quality of songs/music…

Yep, my vote went for Moldova. Shallow and easily pleased, but hey ! it’s only a singing contest !!

Even Cliff Richard says that he accepts that ! Congratulations to all this year’s entries !!

Well I never, biased tactical politics rather than voting on actual performance. I hope tvland can live with the burden it’s placed on hosting and paying for the next event?

Good show as always. Missed Spain last night so did catch-up … crikey! Very Beyoncé. And Norway’s ‘Give that wolf a banana’ was just hilarious (ridiculous?).
Well done Sam Ryder - looking at the results table the judges gave him the win by some margin. Oh well, plus ca change.
Good fun anyway.

Just read the results on the news. ZERO surprises there!

It was political. Indeed, blatantly and unapologetically political, as it is so often accused of being.

They could have had a 5 year old banging saucepans and they would still have won.

However… is the country going to be in the position, this time next year, to host the '23 competition? I’m thinking not.

Serbia stood out with its presentation but i dont think its fair to say its a novelty, the song raises some interesting topics and it also won the marcel bezencon artistic award this year… 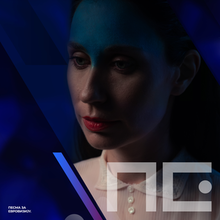 "In corpore sano" (Ecclesiastical Latin: [iŋ ˈkorpore ˈsano], Classical Latin: [ɪŋ ˈkɔrpɔrɛ ˈsaːnoː]; transl. "In a healthy body") is a single by Serbian singer Konstrakta. It was released on 11 February 2022 through PGP-RTS as part of her three-song project Triptih. It was written by the artist alongside Milovan Bošković. The song represented Serbia in the Eurovision Song Contest 2022 in Turin, Italy after winning Pesma za Evroviziju '22, Serbia's national final. In the final of the contes Enter...

I stopped watching it when I was about 12 - when I realised the voting was totally based on politics.

Still no complaints about the winner this year

We love watching Eurovision. Last night’s show was excellent and the Italians did a great job. I read somewhere that the political voting - such as Greece and Cyprus always giving each other douze points - actually has very little impact on the final results and is more of a negative jibe by the Eurovision sceptics.

Musically the best song didn’t win, but as a sign of solidarity with Ukraine the right country won. I don’t see it as a political result in any way, more a show of support to other humans going through a dreadful time.

And if a few pervy old blokes have been mildly titillated by skimpy costumes, what’s not to like?

For once no begrudging the politics behind the winning vote

… I remember when special effects were whipping someone’s skirt off.

Most of the acts aren’t wearing any these days!