Just look up past scorings of Eurovision contests and you will see that top marks or near top marks given by countries. The best example is marks given to Greece by Cyprus, in 31 instances Cyprus has awarded Greece 28 times ! And most probably vice versa situation will be similar statistics. With those kind of influences Greece can produce a song about shovelling human stools and you’ve guessed it 12 points from Cyprus…

I highlighted the situation with Greece and Cyprus in a reply to Ebor.

Similar things are happening with other counties.

With a little bit of fiddling… 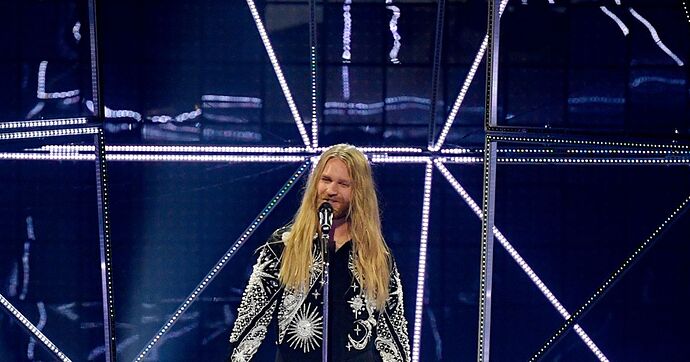 Eurovision respond after some votes were scrapped due to 'irregular patterns'

Votes from Azerbaijan, Georgia, Montenegro, Poland, Romania, and San Marino were all replaced by aggregate scores 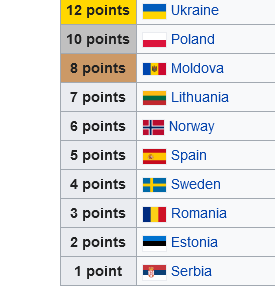 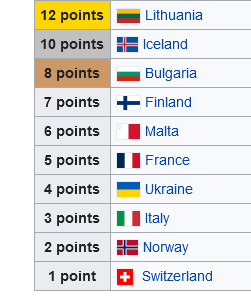 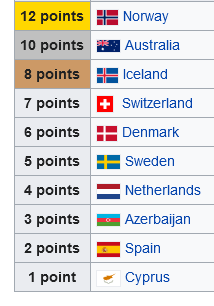 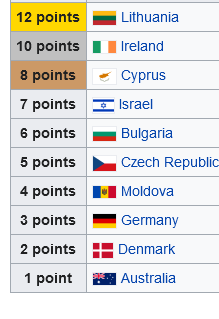 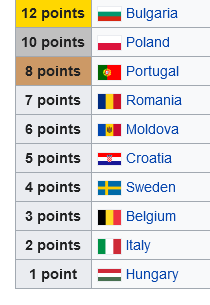 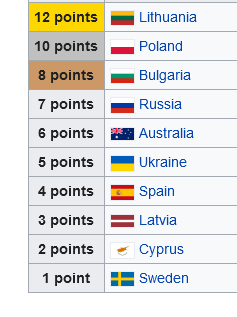 Most of the patterns I referred to were my memory of the situation in the 90s and before, when there was no popular vote. @Fatcat can claim pure demographics in the popular vote for as long as that’s been a thing, but there’s no way it could have been true 25+ years ago.

Half the fun of the evening is the voting. Including whether Greece/Cyprus will award each other the 12 points, likewise Iceland/Norway/Sweden, or the Baltic States or …

The ONS can explain why Poland and Lithuania get plenty of votes. Both where in the top 10 of immigrant nationalities to the UK in 2019.

The ONS don’t seem to have noticed the high numbers of Bulgarians in the UK. Curious.

Or, maybe the Romanians are voting for them. 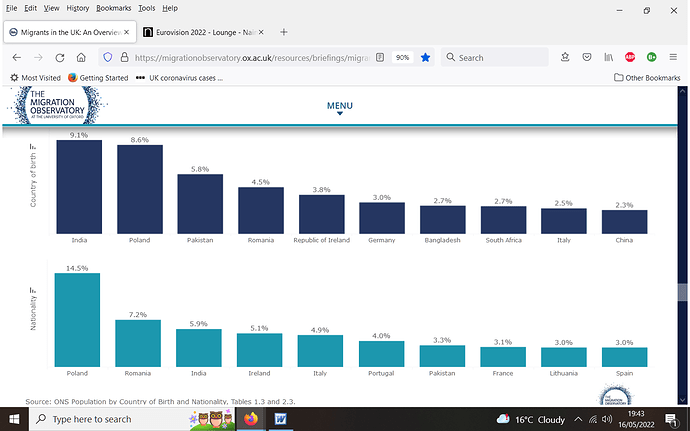 2021 was obviously a strange year - we gave points to France!!

And that makes it all ok and fair…? What is the point of a Eurovision Contest if its all done as above and why have separate Greece and Cyprus as competitors…? Don’t be naive …

What is the point of a Eurovision Contest

It’s a bit of fun. Don’t overthink it.

I think we’re in danger of confusing Eurovision with the UN, EU or NATO.

I take it you are aware that you cannot vote for your own country of residence and this is a jest?

What is the point of a Eurovision Contest

It’s a bit of fun. Don’t overthink it.

I think we’re in danger of confusing Eurovision with the UN, EU or NATO.

You can’t vote for your own country. I take it Eurovision is not your specialist subject!

No, I had no idea whatsoever as to who the public can vote for. I’ll delete my post. My interest in Eurovision has been nil for many decades, being Eurotrash to mefrom memories of seeing some many moons ago and catching odd snippets each year of the latest dire British entr. Only talk of Ukraine and there being a British entry apparently doing very well made me dip in at the end of the final on TV.

JPG and AdC on a Friday night with clips of busty Italians and Germans waving their giant bratwursts.

Sort of 'its not the winning but it’s participation in EU ’ sort of attitude? I like competitions which makes it interesting and sometimes thrilling. For example people who played sports so they can just participate in the game I stayed away as it will become just exercise and boring…