Examples of good or interesting covers of songs

I was reading the thread on worst covers just now, which brought to mind good covers. I would like to submit David Bowie’s Wild is the Wind. I believe it was first sung by Johnny Mathis in the eponymous film, but there are at least two versions by Nina Simone that I admire.

Also RT provides a memorable take on the song here … 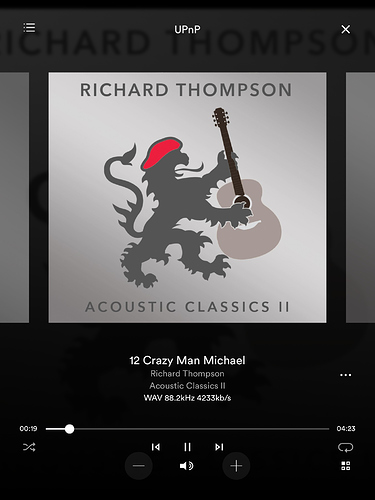 thread on the old forum

I’ll take a look - thanks for the redirection

Johnny Cash does a remarkable cover of the Nine Inch Nails song ‘Hurt’ on American IV. The lyrics resonate so well for a man with his own addiction demons.Quite heartbreaking.

Yo La Tengo have made two excellent albums of mostly covers although some are pretty obscure originals their cover of The Cure’s ‘Friday I’m In Love’ is a sweet gem. Typically amusing video.

Prompted by the folk mention. Age is telling, I simply cannot remember who, the year was 1977, the event a monthly folk club, a group of at least half a dozen well known names, possibly including Toni Arthur, the evening was a mixture of Buddy Holly and music hall songs, mainly a capella, the encores were True Love Ways and You Are The Honey. Magical!

I have a fondness for Dead Can Dance version of The Wind That Shakes The Barley.

Many versions of Walkin’ After Midnight especially The Cowboy Junkies and Carthy, Hardy, Farrell and Young.

Then many covers by Sandy Denny, Fairport and Eva Cassidy.

@Camphuw you could have restricted the thread just to cover versions of Wild is the Wind. A quick search of my collection and I have this song covered by Cat Power, George Michael, David Bowie, Nina Simone and Patty Waters - the latter can only be described as Yoko Ono wrestling a bull in a china shop!

Wild is the Wind

One of my desert island discs

Dead Can Dance version of The Wind That Shakes The Barley

I don’t know this … but checking it out
Haunting stuff

The Beatles - You’ve Really Gott a Hold on Me. I think this is a tremendous cover of the Smokey Robinson track, and shows what a really tight covers band the Fab Four were before turning their creative juices up to eleven.

@BruceW - Agree about the Johnny Cash version of NIN’s Hurt - a really powerful interpretation of that song.

Anything by The Fall.

What a wonderful world, as covered by Nick Cave and Shane McGowan is pretty good. I like the deliberate take on the vocals which underlines the meaning subtly, but effectively.

I very much agree with Bruce W’s choices above. The Yo la Tengo album is worth its price for the Cure song alone. Johnny Cash did several outstanding covers on his American Recording albums. My favorites are “I see a Darkness” sung as a duet with Will Oldham, the original artist, the Simon and Garfunkel classic “Bridge over troubled Water” and “Thirteen “.

What a wonderful world, as covered by Nick Cave and Shane McGowan

Must check it out

The Band Perry - Gentle On My Mind

I’d suggest Streets of London, by the Anti Nowhere League. It has a fine B side too; So What.

Bonnie Raits’s cover of Linda and Richard Thompson’s Dimming Of the Day is outstanding, Much better than the original and the later Alison Krauss cover IMO.

Below, a live version of Bonnie, with Richard on backing vocals.

I really like Sandie Shaw’s version of Hand in Glove. Her ToTP performance is rather wonderful.

Is it a cover? I always failed to get We Will Rock You by Queen, but their session version for John Peel from October 1977 is one of my favourite tracks.

Add to that Mary Black’s version.