Still only Mercedes and RBR to have revealed real cars as yet.

Apparently Williams and Renault at least will struggle to have a car ready for Monday’s first test in Barca.

I’m kind-of sorry to see the next-level weirdness of last year’s front wings dialled back a bit. Some of them were works of art. Organic, like an H.R. Geiger alien. 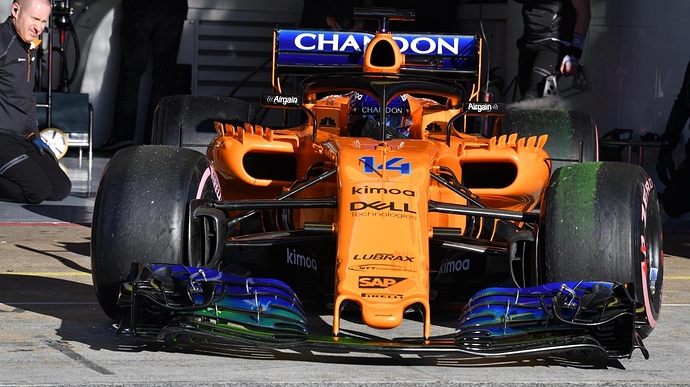 It’s sad to see, year after year, Williams struggling, compared to where they once were… at the pinnacle of F1 performance. I do hope Kubica can put in some star performances this year for them.

Comes down to resources though. Brawn had about 350 people working for them all in and scratched their Championship year with some inspired design. They couldn’t develop the car though and became less competitive very quickly through the year.

Mercedes F1 have 1800 directly employed in two main sites, who knows how many indirectly across the globe…

Mind, poor decision making like building a 50% scale wind tunnel while using 60% scale models and putting said wind tunnel right in the middle of your factory (McLaren) can also be responsible for completely cocking up your team for years and years ultimately leading to them never being able to recover. Thanks Ron.

So they’re sharing not just the engine, then? interesting!

With the new restrictions on the front-wing configuration, they will all tend to look the same. Ya cannae chenge de lahs ah fizzicks, mun!

Perhaps, but you can make the rear elements of the new wing drop to the outside, unlike the other cars…

Yes, you CAN, but you only WILL if they make the wing work better. Like aero bikes, they all start to look the same. There is only one “best design”.

Confirmed that Williams won’t make it to the track tomorrow.

That’s a good (non)start to the season. Talking about Williams, Massa and Wolff collected their first points for Venturi in Mexico over the weekend. Hate to say, but I’m beginning to watch a bit of more of Formula E and, despite the lack of glamour and techno level of F1, the races are quite exciting these days, especially now that the drives do not need to swap cars anymore mid race:joy: 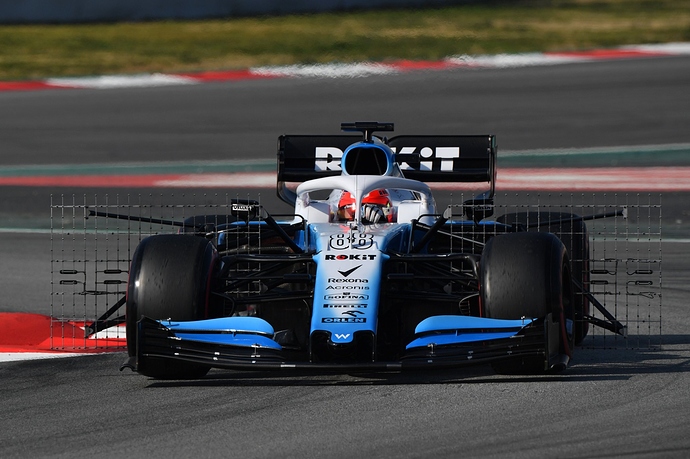 So, this is the reason why Williams delayed their tests. They were still developing a prototype and way of stopping others from overtaking. Not quite sure that’s legal!

Oh my word. Running them at this stage of the game is a disaster. Sadly it looks like they will be tail end Charlies again if they are this lost already …

Fair point, I always get paranoid when I see the airflow rakes and flowviz come out … I will not be so harsh in future !

The Mercedes having done 500’ish slow race endurance laps are having a go at some fast stuff this p.m. With 2 hours left to run today Bottas has posted 1.17.857 & Lewis 1.17.977. Fastest so far is Albon (Toro Rosso - Honda) with 1.17.637. Looks like the Honda’s have some speed at last, oh dear what say you now McLaren
But keep in mind none of the teams will be running full quali-spec engine settings until next week.

Thats it for the week, another 4 days next week when the real front runners should start to show.
Ferrari say the other teams are sandbagging, Bottas says Ferrari are sandbagging. Nothing new for this year then ?? seems not.

First impressions look like it is going to be a good season. Ferrari sorted out their management and hopefully now actually get some media from them, as you say Honda looking promising. Would be lovely to have 6 cars fighting for the top step this year.