Just reading that Jennie Gow has had a serious stroke. Very sad

FIA have appointed Steve Nielsen as Sporting Director.
This is a new role within FIA, its aim is to fix the sport’s race-management problems which have been at the centre of a series of controversies in recent years

Steve Nielson comes from many years in F1, he has been Sporting Director for F1 since 2017, under former managing director Ross Brawn, and before that had a long career as sporting director for a series of teams.

Apparently the FIA, or more specifically, Ben Sulayem The Wise, has instructed all drivers they need to request and be granted permission before making statements that could be considered political or religious.

Hopefully all the drivers will band together and tell BSTW and the FIA to, in the words of the Stevenage ghettomeister, ‘Do one’.

Is he inspired by the FIFA?

This is such a step backwards.

Did not watch anything to do with the previous world cup cause of FiFA’s stance and what it means. Will be keeping a close eye on this as well then.

It’s the consequence of a developing world. Other countries get money too hence get more influence.

Yup, although not really what one would want to understand in the word “developing”.

Do you think he’s aiming at Lewis?. Already banning jewellery and now Seb’s gone Lewis is probably the most vociferous

I had a giggle listening to a Chris Harris led podcast in which, amongst other things, they discussed F1 and the integration of Alonso into the Aston Martin team; particularly the chances of Alonso getting along with Stroll (Jnr & Snr!). Alonso was likened to a grenade with the pin missing… hope link to podcast does not breach forum rules 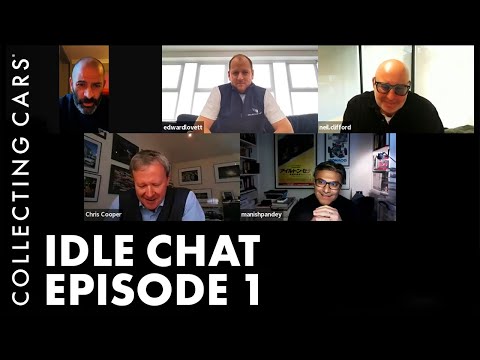 Rumours that Ferrari have found an extra 30bhp quashed as a joke by Vasseur but wonder if they have made gains. Apparently their frailty was not the engine but mgu-h I believe which they say is fixed so maybe they can turn the wick back up on the engine now

Even if they have found extra BHP, the other teams will not be concerned as they will almost certainly have lost it again by the fifth or sixth race!

Engine development has been frozen until 2026.
That includes the engine itself & all associated ancillaries.
Any changes a team does make to any part of the power unit, component, supplier or whatever it would have to be put before the scrutineers

Maybe Ferrari “found” more horsepower by improving reliability (which is allowed), that permits them to open up the engine more?

Yes, I saw a YouTube video by the Race suggesting that their torque curve is better than the others hence they were competitive at the start of the season. Thus if they can now run the ice at full beans they should be at that level at least

There are growing rumours that RB chose NY for their launch due to a tie-up with Ford being announced. In slightly over a month we might know more about this or that it is just another spurious rumour.

they discussed F1 and the integration of Alonso into the Aston Martin team; particularly the chances of Alonso getting along with Stroll (Jnr & Snr!).

That should be entertaining. I wonder how Jnr will cope if he starts regularly finishing behind Alonso?

I wonder how Alonso will respond if It’s the other way round. Ok, little chance but…remember team mate Hamilton? Alonso is a bit of a Di(ck)va!