I love a bit of Hot Sauce…

Any recommendations from around the community on good ones? …same on BBQ sauces

) is “Dave’s Gourmet Insanity Sauce” …They do a few varieties - but I love the original. I mainly use it when making my killer Chilli - but always try a little dab neat - massive Endorphin rush from that one - Hurts so good! 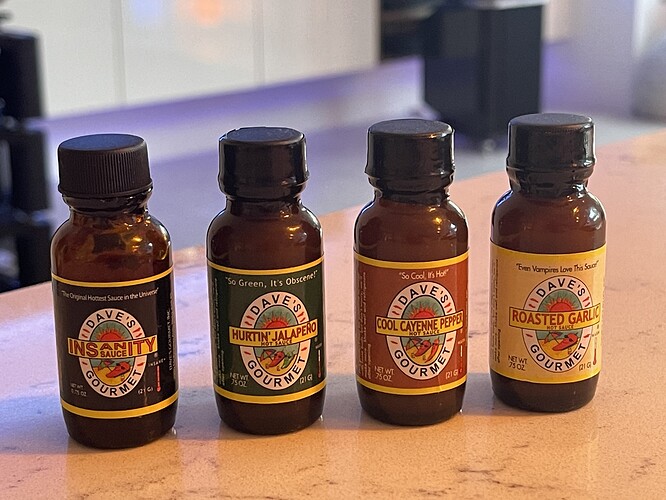 BBQ wise - Red’s True BBQ do an amazing Devil Wing Sauce. Superb with Rotisserie Chicken too - and packs a punch! 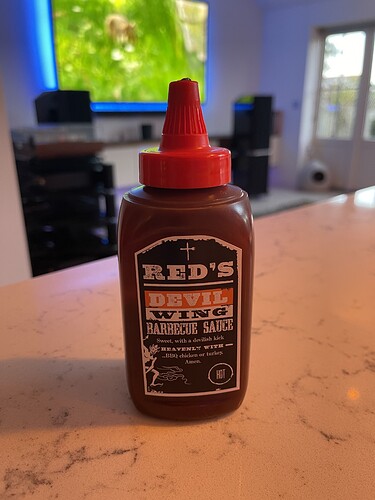 Just home made chilli oil … choose your own

Just home made chilli oil … choose your own

Lovely - I really enjoy a dip of Chilli Oil with Chinese Food.

Do make it as a flavoured oil it to cook with? …or as a chilli laden spicy dip?

I’ve made my own with dried Mexican Chillies - but that’s for cooking with, and is VERY Mexican flavoured (the big sweet chillies - Ancho, Pasilla, Guajillo) give it a very distinctive flavour.

Good question, as an aside my choice of oil varies: ordinary olive or rape seed.
I like it for dipping, but also as a base for tossing pasta.
As for other uses for chillis, I like to soak them in Sherry and use it as part of a Bloody Mary mix.

Wow. There’s a whole thread right there “The Ultimate Bloody Mary” …I have my own recipe of course. That’s an interesting tip though - I do use Sherry (Fino) just to bring the sweetness back in - so I might give that a go. 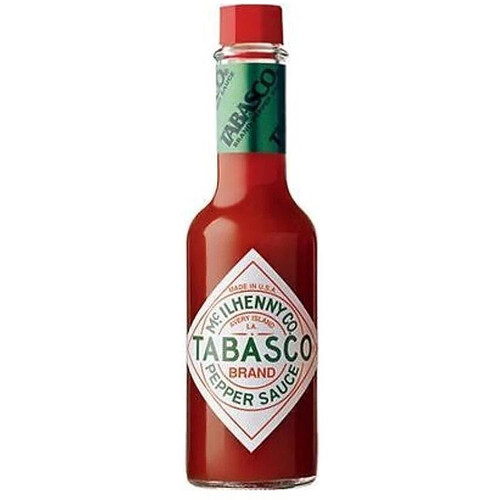 (it’s a classic for a reason though!)

Probably good on cheese on toast?

Probably good on cheese on toast?

I don’t often deviate from Worcestershire Sauce on Cheese on Toast - but yes - would definitely work well!

I actually stole Pret’s recipe for a cheese and ham toastie - bread lightly buttered on the outside, Mayo and English mustard mixed (which is the secret) ham, cheese, ground black pepper… Into the Breville. Heaven.

I like hot sauces and am always picking them up from garden centres and delicatessens, but always end up picking this Frank’s from the fridge. 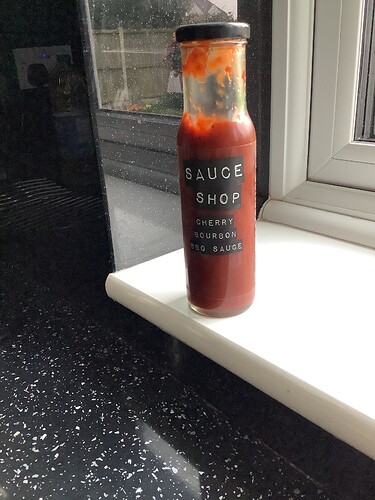 My all time favourite from the Disney Animal kingdom park is from the Flametree Bbq and grill, sadly no longer made.
Another nice sauce is from Huck,s diner in Centre park,s which can be purchased. 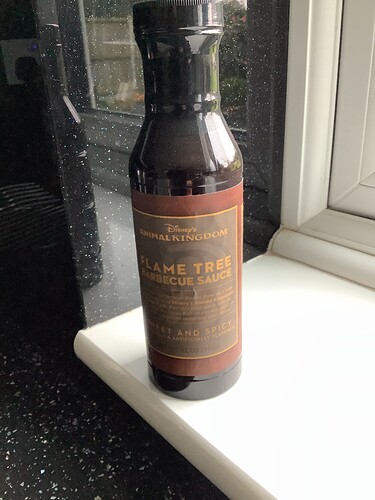 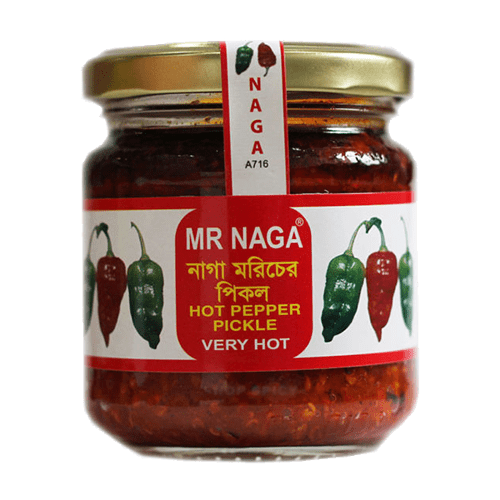 Franks red hot is very nice, then I looked at the salt content. Nearly gave me a heart attack as its 3 times more salty than any other hot sauce. Probably why it’s so nice.

Unfortunately many are just heat,salt and vinegar with not much else for flavour.

I’ve made my own a few times.
Blended up a handful of those large chillies with a skinned and cored apple for body.
Along with a handful of whatever hottest chillies you can handle - I’ve used naga as I really like it’s fruity flavour. Some garlic. Salt - I’ve also used anchovies.
In a pan with Apple cider vinegar and brown sugar - I’ve used treacle. Then lightly simmer to reduce.
Here you can try whatever to tweak it. Then put in a container to keep in the fridge to 2 weeks
Once you’ve made your own you won’t want to buy any.
I’m going through a harissa phase at the moment. There’s always something marinating in it in the fridge. 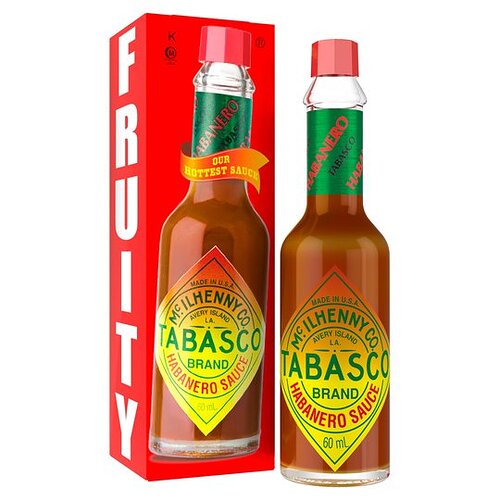 This is very nice. They know how to age a sauce. Just a few drops.

Mostly like a good sambal badjak, but am still looking for one that’s the right combination of heat and flavour. Mostly either too mild, or just spicey.

As sauces go I enjoy Blair’s After Death when I can get hold of it.

If you like your sauce to match your hifi (at least geographically speaking), the Wiltshire Chilli Farm is well worth checking out. Everything from super-mild to psychosis-inducing.

…I do like my chillies to occasionally make people think I’m having a stroke.

(And always a good reason to share this super important guidance!)