That’s odd, searches in the Naim app are never case sensitve here, including on Minimserver. 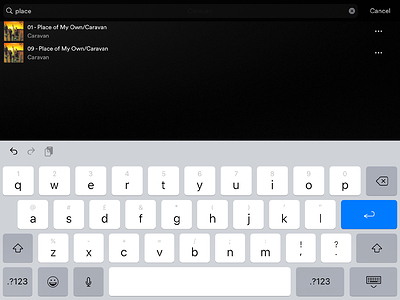 Thanks for all the replies. It does seem rather intermittent, sometimes it is case sensitive and other times not but I haven’t worked out any pattern as to when it is and when it isn’t. But unless I’m going stir crazy I’m sure that it was acting case sensitive when I asked the question

So filtering for “the dre” returned nothing but “The Dre” returns 4 hits. As I said before though, this is intermittent, sometimes it is case sensitive and most of the time it isn’t so I’ll be damned if I know what is going on and why the behaviour should change

How weird, I’ve had another couple of goes and not seen any case sensitivity, but I don’t usually use the filter, so if it’s intermittent a few tests probably won’t pick it up.

And that’s the problem, because it isn’t consistent it is a nightmare to track down. I don’t even know if it is the Naim app or minimserver that is getting confused

I’d have assumed that the app just applied a text filter to the data coming back from the NAS, which would mean it had to be the app, but maybe not. You don’t have a second NAS as a backup do you? If so and you occasionally connect to that (I do when I’ve been ripping and my primary music NAS is re-indexing as I’ve found it it can be a bit flaky at that point) there may be a config difference.

No other NAS I’m afraid so can’t do that test. It isn’t a big problem but I’d love to get to the bottom of it.
Thinking about it though, the filtering uses incremental search as you type and it is lightning quick, probably too quick to be getting results back on the fly from minimserver so my money would be on the Naim app getting confused.

Using Asset, I get this. It’s no different if I use a capital D. So it can’t be the app, it must be the server. 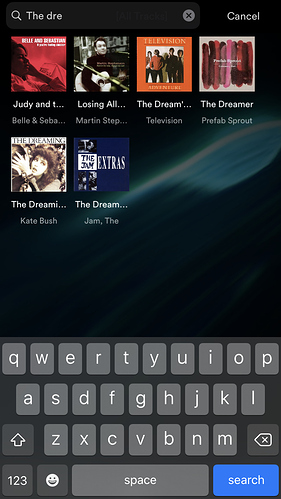 Most of the time it is not case sensitive for me either, just occasionally.

You could easily try a different server on your NAS. If you have a current gen. streamer, you could also try the built in server by putting some music on a USB drive.
If you can pin it down to Minimserver, try posting on the Minimserver forum. The developer usually responds to questions there.

And here we are a few minutes later, case insensitive with the same search now returning the same 4 results as the previous case sensitive search