First car for a young driver?

Ha! I drove a Subaru from around 1991 one afternoon in about 1993 - and it was the most gutless car I have ever driven. 1500cc flat four. Had a few subarus myself later but they all had rather more power

My advice is think of the insurance. Get a couple of years no claims built up then move up the ladder.

Start with cheap to buy and cheap to insure 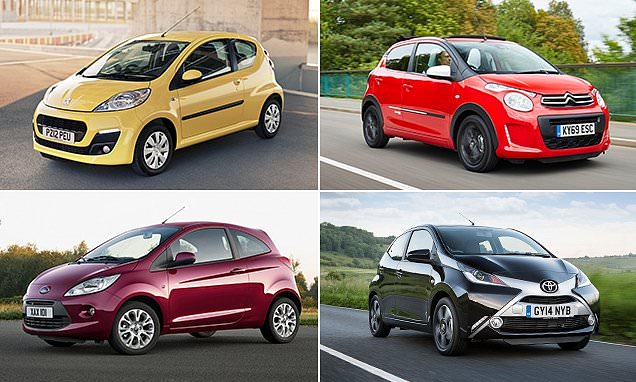 Nine cheapest cars for young drivers to insure in 2020

The cost of car insurance for young drivers is notoriously high, with 17 to 24 year old's often paying well over a thousand pounds a year for the privilege.

The problem is youngsters nowadays aren’t prepared to drive not-cool, but cheap to insure, cars

Insurance for young drivers is expensive because young people are terrible, terrible drivers. As my high school english teacher said to the class when we were turning 17: “You’re now at the age when your friends get killed in car crashes.” He wasn’t wrong.

I don’t normally agree with sweeping statements, but I fear that this is one that I find hard to fault.

Personally I’d go for something from Japan or Korea and preferably something that drives well. I’ve inherited my daughter’s Corsa as she bought a newer car and covid made it difficult to pass on or trade in. It’s a hateful thing to drive and being vauxhall is full of faults at 10 years of age. Learning to drive is difficult enough nowadays without a car conspiring against you!

Our family pool car is a Picanto and it’s brilliant. Good engine and great handling. A really fun thing to drive and well weighted controls. A Mazda 2 would also be a good one as may a Suzuki Swift, although check the insurance groups as some can be high.

It’s all about insurance unless you have a boatload of cash. Cars are easier[1] to drive than ever so there’s no need to discount anything.

[1] there’s synchromesh on all gears for a start. Everything has power steering.

Been here recently… we got a Skoda Citigo for my son… and there is the same VW and Seat counterpart, as they are all part of VAG. They are good reliable cars, very cheap to run, look ok, safe to drive with good visibility and handling, and are the cheapest car insurance group… really worth it until your son/daughter gets some no claim bonus.
I some times drive in place of my Merc… as quite honestly on small country roads it’s more fun to drive !

I forgot to say about the Yaris, I don’t know about more re ent models but of the range 20 years ago, the 1 litre was underpowered making it annoying and harder work to drive. The 1.3 was fine but nothing sporty about it - good for a new driver.

It has a very easy driving position, slightly more upright than some cars, with good alround visibility.

I have to admit, that the Hyundai does look interesting, same with the Mazda 2 (big fan of Mazda’s current styling), the Swift also, but it will all come down to insurance for the Far Eastern marques.

Yes, the VAG Group are now definitely a possibility and are on the list of potential candidates. I thought they’d be too expensive to insure, but a few quotes (Skoda) were competitive.

I’m well aware of this and the awful statistics, and as a concerned parent it will worry me every time she gets in the car, consequently any potential vehicle will be thoroughly researched in terms of NCAP test results. I’d rather it cost us more for a slightly larger safer car in the ‘super mini’ class if need be.

It’s only taken me five hours to remember what I was going to add at the end of the earlier message. I know of a couple of youngsters who have been very pleased with Marmalade Insurance, car lease, specialising in learner and young drivers.

Not wishing to generalise,and an odd question, but which phone ecosystem do they use? The better it integrates and cuts down distractions the better for a new driver maybe?

Re insurance, it may reduce the cost if you and/or your partner is a named driver, even though the car is registered and normally used by the young person. It is worth using online multi-quote facilities and explore all the options.

Third party Fire & Theft insurance seems less common these days, but worth checking that as well (though oddly when I explored similarly a fewyears ago, some insurers were more expensive for TPF&T than comprehensive! It might be cheaper for cars that have expensive parts, typically Japanese and German.

Toyota Aygo could another to consider.

I wouldn’t worry about it too much as you’ll not sleep otherwise.

A black box is a real bonus in this respect. I would’ve hated one but as a parent they’re great, if your kids are the type to take them seriously. I had an app and she only exceed the speed limit once in 12 months . She also used the app to improve her smoothness etc.

I bought my first two daughters a VW Polo each. The sort that looked a bit like a small estate car.

Reliable, easy to maintain and cheap to run.

Daughter No 3 got a Fiesta. Again, reliable, easy to maintain and cheap to run.

I slightly preferred the Fiesta,but all three were easy to drive and the girls all passed their tests first time.

Yes, sadly size really does matter when it comes to cars but is still worth looking for something safe in its class.

I’m not hating on SUV’s but the growth in this market really does knacker everyone else.

Very true I attended an event at the Transport Research Laboratory at Crowthorne in 2001 and as I was about to order a new company car the advice given was get the largest car you are allowed and load it with any airbag options.