Fishing - the thread for angling

Discussion on the Coronavirus thread about fishing as an activity during lockdown seemed to suggest an interest that may have wider appeal so I thought a dedicated thread would be an idea, so here it is: a thread for anglers and angling and all things fishy and fishing!

So, to kick off, my own introduction to fishing: In the late 50s into 60s my dad occasionally took me fishing on the Thames, using a length of fishing line tied to a stick, and worm baited fishing hook. I don’t recall catching anything! The same technique from a seaside pier on summer holidays did occasionally result in a fish or two.

But it got me interested, and around the age of 11 I bought myself a rod And reel from Woolworths, cheap enough to get with birthday money and pocket money savings. Went fishing on the Thames (nearest river to home) a few times - caught a roach once otherwise nothing. (Took the roach home and eat it!) That summer we went to Buckfasleigh fo hol, and I took the rod because the B&B was on the river Dart. I didn’t catch anything, but someone there looked st my rod and asked why I was using a fly fishing rod with a baited plain line - and told me about fly fishing. I’d never heard of it, so got out a library book and read up on it. Bought myself a dry fly line and a few flies, and in taught myself to cast in the garden (without the fly of course!). Next summer we had a camping hol in walking distance of a reservoir in Sussex where you could fly fish for rainbow trout. So one of the days there I bought a licence and spent the day trying. No trout - but several perch: wonder of wonders, I was successful! And whilst allowed only two brace of trout (ha ha) the licence said you could take as many perch as you wanted as they were effectively a pest. So we had perch for dinner that eve: Fried in butter I recall they were very tasty! But that was my best ever fishing day in fresh water: I went to the same reservoir two or three times more as a teenager, and caught one trout, and a few more perch, but I never caught another fish anywhere else, whether with fly, or subsequently trying spinning. My last attempt in freshwater was about 35 years ago. Sea fishing (only from shore) has been more successful on occasion.

You’d have a good chance of Pike on the Fishers Green lakes, and a more than fair chance of a few Barbel and Chub on the Lee Relief Channel or the natural section of the Old Lee. All are available to members of local clubs forming the Fishers Green Angling Consortium.

I’m hoping to get in a session for a few Chub and big Perch on my club’s section of the River Rib before the end of the river season myself.

During this Coronavirus lockdown period we all need to pay particular attention to our own mental health. I think that distractions from the horrendous situation we are all in, by fishing, listening to music or doing anything else that floats your boat, is absolutely essential.
Indulge yourself!

I’ve been fishing FG for over 20 years
Be prepared to blank and blank, reminds me of a TV program, interestingly a Captain Sir Tom appeared on
Your best chance of Pike is the Relief Channel the 70 acre and Landridge offer a chance of a 30 but it’s rock hard
I wouldn’t bother with Hooks Marsh for anything
The old R.Lea is for Barbel and Chub but there’s very few in there
Depending on the year the Relief Channel has big Carp, certainly over 30lb and 40’s have been caught
It’s a consortium of clubs, I’m a member of Verulam which also has a nice stretch of the upper Lea near Welwyn Garden City, it’s a lot easier to catch there albeit smaller fish Chub 2-4lb, Barbel 5-8 but there’s a few over 10 there
Had loads of fun there over the summer and autumn, all on my B&W Avon rod with free lined Tandoori Spam trotted down from a Centrepin

I haven’t fished Hooks Marsh for over thirty years, but it used to be one of my favourite venues for Tench, Bream and Pike. Similarly, I used to have some great catches of Chub and Barbel on the Channel. Sad to hear it’s deteriorated.

I’m a member of Abbey Cross AS, and we have access to two sections of the Upper Lea near Hertford. I also favour the centrepin and Superstick approach, (only way to avoid the Signals) either with Tikka flavoured Spam or with cockles. Great minds obviously think alike!

Do you anglers catch and put back regardless of size, or do you take home to eat if big enough?

Mostly in my youth but I’ve eaten Roach, Chub, Bronze Bream, Perch, Tench, Pike, Gudgeon and Carp. The Perch and Gudgeon are good eating, Roach and Chub are like cottonwool full of bones. Tench and Bream are muddy but pickle them in vinegar with a few herbs and some onion and they’re OK. Pike are rather bony too but cook, cool, debone and they’ll make fishcakes. Carp of course are a well known food fish if a bit on the muddy side but there are way…
Oh and Zander I’ve only eaten in a restaurant.

I’ve moved some relevant posts here from the Coronavirus thread.

Taken up fishing again after many years and surprisingly my 14 yr old daughter loves it, we have had a few nice carp out of a small lake in Norfolk 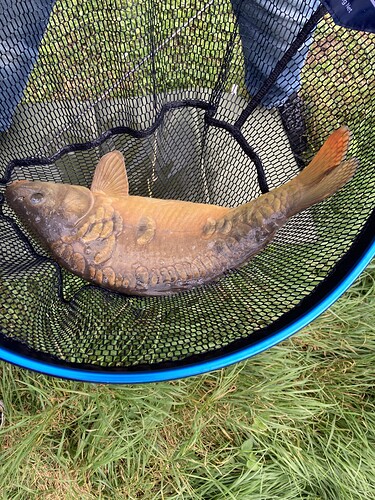 Do you anglers catch and put back regardless of size, or do you take home to eat if big enough?

Coarse fish go back, after having photo taken and a little kiss if big enough. Some sea fish go home for BBQ

I’ve been an angler for over 40 years starting out as a young lad catching Gudgeon on my local river Trent with my dad, moving into the country side in my early teens opened up a whole new series of accessible still waters and canals.
I now go fishing with my own son and my passion for the sport is as strong as it ever was, if anyone wants an insight into why us anglers go fishing you won’t go far wrong in watching the excellent Catching The Impossible series which is available on Amazon Prime.
The series is over 10 years old but with narration by Bernard Cribbins and excellent photography by the nature photographer Tony Miles it goes along way to explain why we maggot drowners find the pastime so engaging.

The fishing programme for us is whitehouse and mortimer, go fishing… luvly relaxing tv

Tony Miles and Bernard Cribbins also collaborated on the classic series “A Passion for Angling”. Following the fishing adventures of close friends (at that time!) and top anglers Chris Yates and Bob James, it set new standards for fishing programmes. Worth getting a copy of the DVDs if you can.
The narration is perfectly married to the beautiful camera work and coupled with a soothing soundtrack. When played through a surround sound system (Naim preferred of course), it’s a perfect tonic for those times when you can’t get to the water-side yourself.
Possibly unintentionally, it also provides a perfect example of why us Englishmen are considered as eccentrics, all around the world!

I had that series on a VCR box set years ago, I’m not a fisherman but it was just such a relaxing watch

Yes Mortimer & Whitehouse go fishing is a big hit in our house too, although I think the fishing bit is not what the programme is really about it’s more about the excellent and at times very funny relationship between the two friends who have both suffered similar health conditions, I hear a fourth series is in the pipeline so will look forward to that.

Fished lots on the canals and local river when I was a teenager. I then found alcohol, gigs and football away days.

Started up again about four years (25-year break) ago when I was on gardening leave and primarily fished commercials incl. Tunnel Barn Farm which is a renowned fishery and 10-minute drive from my house.

Got bored of catching F1’s all day (Stevie Wonder could do it) and joined BAA last season to get on the river. I am now completely hooked on Barbel fishing and had my first of the species last Summer and another one yesterday morning at a place called Wasperton which again, is a 10-minute drive from me.

I’ve learnt so much about water-craft, bait and roving-tactics during lockdown and hoping to capitalise once the weather warms up. I’m logging all of my days from now on in a book so when I get to a peg I know what has / hasn’t worked well from previous experience.

Barbel fishing is hard work, really hard work. I put 125+ hours in before I caught my first one last season but it was definitely worth it. 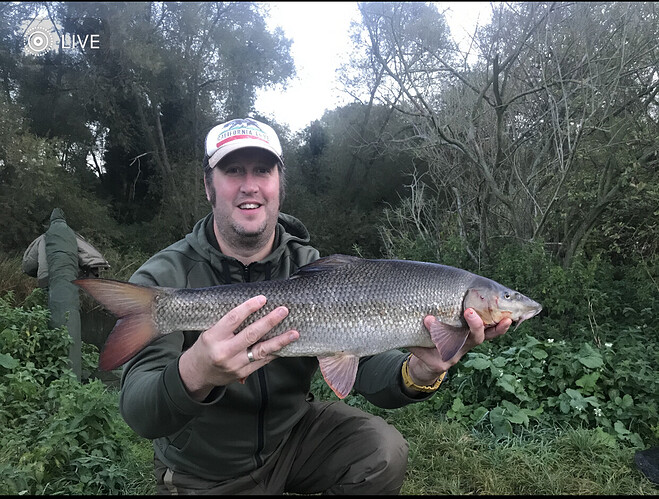 Yes a Passion For Angling is an all time angling classic which I think was aired on a Sunday evening on BBC 2 first off, I’ve managed to find my copy of the book that accompanied the series following your post which has reminded me what ground breaking series it was.

That’s a nice Barbel, I’ve had them to just over 10lb from the River Dove in Derbyshire and they fight like demons, pound for pound they must be the most sporting fish in British waters.
I intend to do a proper campaign on my local river Trent come the new river season as it’s now become a bit of a Barbel mecca with fish in excess of 14lb being not uncommon.

10lb…very nice. That’s my aim for the 2021 season as I don’t expect to get one before the end of March despite there being a 16lb’er in my local river.

Agree re the pound-for-pound comment, that one I had immediately ran downstream and was a bit of a battle despite it not being that large. My biggest fear was spending 100hours blanking and then my hook-length giving up when I did get one !!!

I fished the Severn last year having never fished anything like it before. I was in for a shock when I got there…it was like fishing the Thames and was very daunting !!!

Have never fished the Dove but have heard there’s some good doubles in there. Make sure you get some pictures on this thread when you do catch.