Are focal sopra 2 a good speaker are they as details ad pmc fact 8.?

That’s a really open question… I’ve heard them several times, I think they are slightly bright/harsh in the treble but very enjoyable all the same. But as ever it will depend on how they work in your room. I have no knowledge of PMCs.

I have tried a lot of speakers in my listening room, Naim Ovators, Kudos T88, Super 20a, Harbeth shl5+, SF Olympica and my current Focal Sopra 2 are far from harsh in the treble. In my room they are superior to all the others when it comes to room interaction.

You need to listen/ try for yourself, what other people mean don’t tell much (including me).

After all the negative comments on Sopra (Focal) on this forum, I was totally suprised by the Sopras musical presentation and how well they worked with Naim.

Sopra 2 and Fact 8 are two very different speakers.
The Sopra 2 are a built down concept from their more expensive Utopia range. Sharing similar designing but simplified, whilst having a few tricks of its own with a further modification of the woofer sandwich. (Why didn’t they just call it a hotdog ?)
The Fact 8s are more an evolution built up from their domestic series. Yes, they make very expensive and large studio speakers with domestically acceptable versions, but they are a million miles away from slim.
Taking tech that’s either built down - or trickle down from high expense big operations at a good cost can be beneficial, as well as new tech priced at a premium.
Shame PMC don’t have a Fact 10 as that would be more price comparable.
From what I have read the detail of the Sopra 2 is more like sitting within the middle back stalls.
The Fact 8 more sitting upfront and personable to make out whether the artist performing have trimmed their nose hairs.
Both would depend on your room and system.

Helpful summary, thanks Tobyjug.
The Sopra 2 and Fact 8 also have a very different presentation of basslines.

Whenever I heard the Fact 8, basslines were commendably fast but also quite lean. They sounded somewhat dry & un-natural to these cloth ears, when driven by a NAP250.2, NAP250DR or NAP135s.

The Sopra 2 has always had a fuller, richer style of bass presentation to me. They sounded good with a 272/XPSDR/250DR driving them but really started to flow well when driven by a 272/XPSDR/NAP300DR. The Sopras also seem to have a less ear-tearingly sharp top end than their siblings, the Utopias. Again YMMV.

Of the two speakers, the Sopra sounded the more natural, though I prefer the Kudos Titan range over either, based on various dealer demos.

Hope this helps, if only a bit. BF

I moved from Fact 8 to Focal Kanta’s 2 - in my room it was a material upgrade.

I liked the fact 8 but in my room they had a bit of an issue with sibilance, too much Tch tch at the top end, ear piercing on some tracks.

The Kanta’s on the other hand did everything right.

I learnt through a number of demos that there are great speakers out there but working with your room is king! By all means ask on the forums but getting a friendly dealer to support you with a home demo is key.

Well put it this way, I auditioned a fact 12s and still went for the Focals. I listen mostly to jazz and classical including organ and they are just what I want - no flabbiness in the bass, superb mid and not at all OTT in the higher end. I use them with a Naim 300DR. There are obviously some here who have utter distain for Focals but I’ve had mine for 2 years and that says it all really. All a question of personal choice. The only speakers which got close we’re my old Epos es30s. Not even the Ovator 600s I had before and they were good mind you.

I had a set of Sopra 2 for a home demo and initially thought the treble was a bit to hot (I was looking to upgrade from Wilson Bensch Curves).

But after tinkering with the Sopra (toe-in, tilt of the speakers, angle, space from the walls, etc) I managed to get the speakers sounding good. I still thought that the sound was a bit bright with some albums, but a lot better than when I initially listened to them.

The bass was always good if they were kept away from walls.

I cant comment on the any of the newer PMC speakers as I have not listened to them.

In the end I didnt go for the Sopra 2 - and went with a different brand of speakers.

Hi thanks for reply so what brand did you go for.?

In the end I ended up with Sonus Faber Serafino - these were better to my ears.

With loudspeakers there are tastes and rooms involved. So it’s a question of listening. There are a quite a few different loudspeakers out on the market. Prior deciding I told myself “the first one I can listen to for 5 hours and still enjoy I buy” . For me It was the 3rd demo I bought.
Back to Focal. I had Focal 3 at home. They did not work for me. After a few days of repositioning them I found out why.
The tweeter also fires backward. I live in a old house . The walls are 90 cm thick. Behind the right speaker there is a window. So the tweeter on the left side had 80 cm to the back wall. The right one 150 cm. My ears could not take it. Some high frequencies disturbed my brain.
So for me the room did not give me a fair chance. I do not regret trying. Only way to know.

Hi, I have Sopra 2 with 300DR for four years. I love them. Probably I will never change my speakers again (though I have thinking on Utopia EVO III for a possible change). They are so good. Positioning correctly the sound is very natural, the mid-range is sweet and the beryllium tweeter projects a very open sound. I can listen for hours.

Gunnar, the Sopra tweeter doesn’t ‘fire’ backwards. There is a port that is filled with acoustic material and couples onto the back of the tweeter’s housing. There is barely a whisper that could come out the back grill. 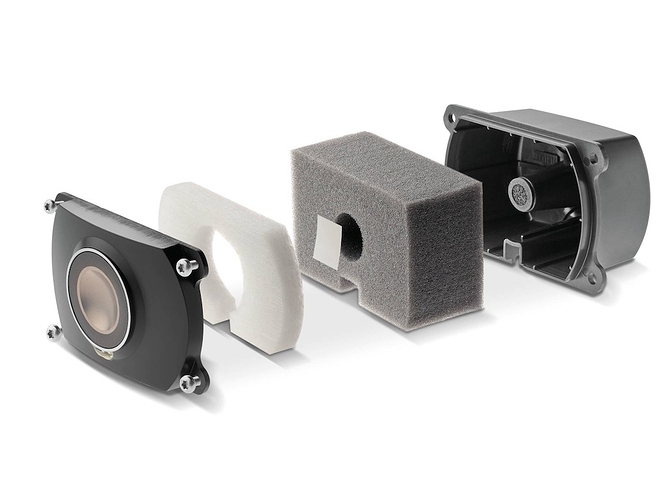 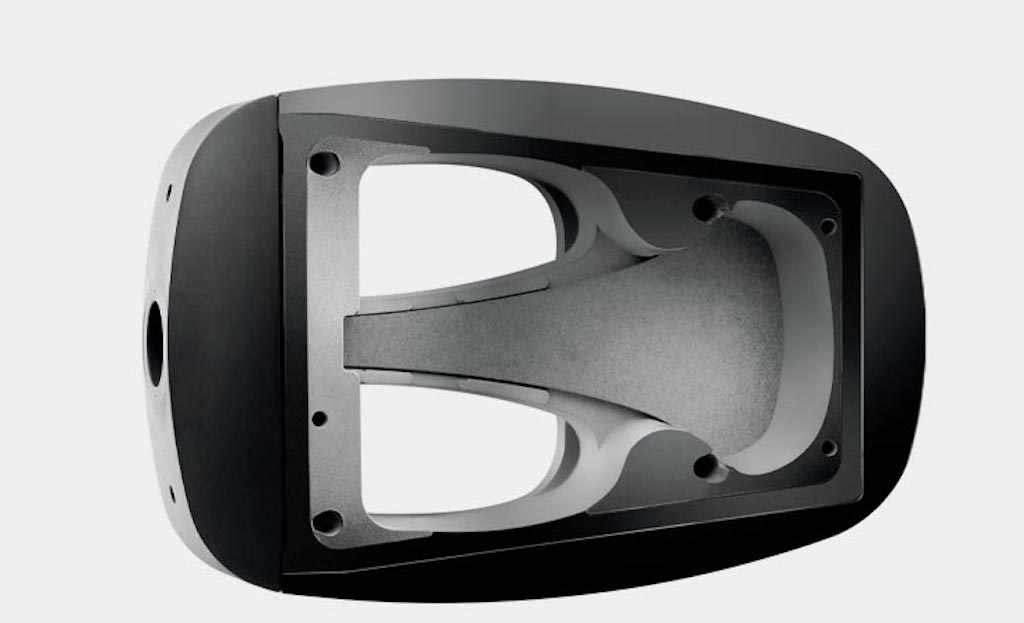 Sopra 2 owner here. I love them also. Very detailed and natural. Not harsh in the highs at all. Perhaps those who say that weren’t listening to broken in speakers? Can listen to for hours with no fatigue at all. Being driven by Pass Labs not Naim.

I listened to the Kanta 2’s just recently at the dealer and found them to be thin and uninspiring. The Utopias were fantastic.

I expect to keep the Sopras for a long time.

OP, you will have to listen for yourself.

Me too. Some who seem to be so negative most probably haven’t listened to them in their own homes. I avoid shows as I can stand my ears being assaulted by so called demo tracks.
Natural certainly comes to mind. I’m sitting here listening to some choral music on BBC R3 care of my NDS - superb.
Mind you Jason from Naim did come to install mine which were ordered from the equally talented James from Tom Tom …not that I’m claiming a placebo effect.

Another strength from the Sopras’s that is important to me, they play music at low levels (volume) as I have never heard before. Brilliant in my room/ setup.

As you can read, how people experience speakers is so personal, setup- and room dependent. Therefor, talking down a speaker compared to another is not a very wise approach as I see it.

Listen for yourself and trust your own ears/ heart.

Thanks for your comments. Let me describe what happened. I needed a good hour listening to get the interference in my right ear. I used absorbers to find the cause. Moved them around and tried différent positions.

My first though was that our tail oven staying on the right side as it’s sticking out a little bit could cause the high frequency interference in my right ear but not.

It was when I put absorbers behind both loudspeakers my ear interference disappeared.

So took away the left one. No problem. Put back the left. Took away the right absorber and the interference came back. So no problem when i had an absorber behind the right speaker.

I discussed it with my dealer and he did not argue against “my conclusion” that the tweeter also goes backwards. Six month or maybe one year later I visited the Paris hifi fair. They used a Sopra 2. In wood. Really good looking. I described the issue I had for the dealer and he gave me the impression I was not wrong.

Whatever caused my ear interference I did not get it with B&W nor with the Titans I finally bought.

Any thought of what it could have been?

Gunnar, I don’t know you, your age or where you live, but considering your investment in high-end gear, you deserve an integrator who can dial in your room.
Or you might consider the search for an acoustician in your area.
I haven’t heard the Titan but I have heard OF it. And of its quality.
Focal is all about high-end engineering. The top end is incredibly open. The speakers may have just excited something in your room (of which other speakers may not be capable) to create that stray “glare”.
Good luck

Thank you for your concern. You are right we do not know each other but you can see some stuff on my profile.

Room treatments are done. After deciding for the Titans I had a specialised company in acoustics working with guys like us and with professional studios visiting me and they analysed my room and proposed room treatments. After installing the treatments they made a second visit just to verify that the improvements they said was going to be obtained on paper also got delivered.

Just have in mind that the treatments were installed after the Titans were bought. I preferred to analyse the room with the the bought loudspeakers than making a general pre-analyse. My room is a L. Apart from that not too complicated.

What is your setup? Kanta? And ?

It’s not concern- I’m just saying that there are many variables to consider.
You got a great pair of speakers. The Sopra 2 are damn good too, and might have worked better in your environment if a professional installer or acoustician had been consulted before the final speaker purchase.
I was just trying out Kanta. I have an SPL pre on nap250 on Sopra 2, and a lp12 282 HC 300 system on Proac.