So, after several ‘proper dinners’ in the past few days no one apart from me fancied a roast but I couldn’t be bothered to cook one.

Fish fingers and chips for the girls, Waitrose curry for the lad and some Indian snacks that needed using for me, again from Waitrose.

I thought I’d served a large portion for my daughter but she was still hungry so I grabbed another pack of fish fingers from the freezer from a different but well known brand.

The picture on the box: 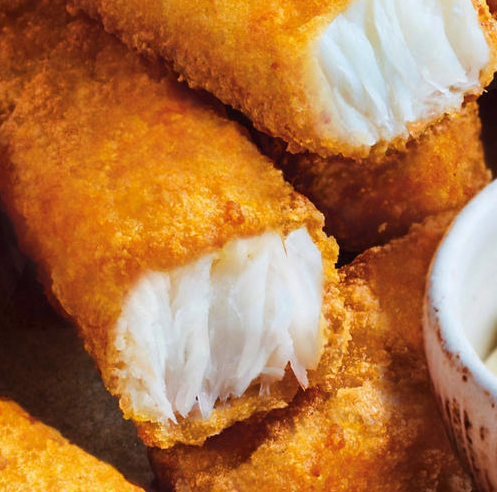 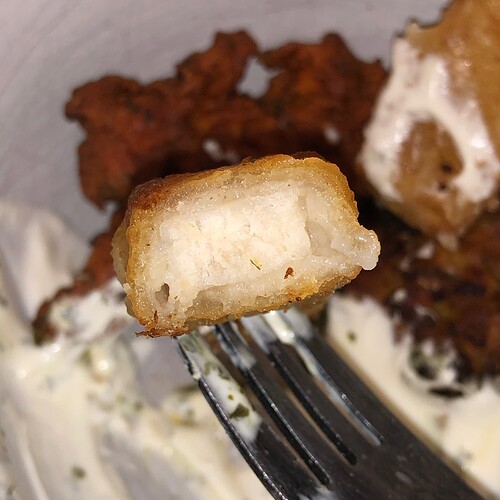 report that to the Advertising Standards Authority and your local Trading Standards service - misrepresentation of food on the label is actually illegal, and based on your photo that to me is misrepresentation. Also relevant would be whether the fish content is consistent woth the declared content: that may be down to either Trading Standards or Environmental Health, depending where you live. Presumably your own pack has gone, but these authorities are responsible for enforcing the law, and certainly when I was involved the normal procedure was to take whatever there is of the complaint food and its packaging, and usually also obtain fresh samples, to send to their Public Analyst for analysis and certification of whether the food meets the relevant food law standards.

I was actually considering doing so. It may seem completely trivial in the grand scheme of things, but with battered/crumbed fish products these days there seems to be considerably more ‘casing’ compared to fish than in the past. It seems to have got generally worse over the years which is why I rarely buy such things and it seemed a good opportunity to use some stock from the freezer.

Now of course, with rising food costs, it may well be that recipes/ingredient proportions are being modified to try to maintain a given price point, but the picture is completely at odds with the look of the cooked product.

It upset me so much I started a sentence with ‘So’ in the initial post!

It’s actually quite interesting doing some web searches, I’m hardly surprised but says a lot that the fish fingers with lowest fish content were from school meals (document either from early 80s or 90s): 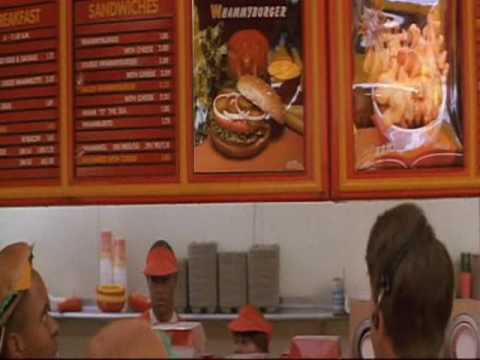 In the snippets from a document I posted above, I think some bits referred to introducing a ‘designated product’ or similar specifying or proposing that to be labelled a fish finger it ought to contain at least 60% fish, so it may have been 80’s pre-FSA.

The product I refer to initially, having recovered the box from recycling, indicates 48% fish content - the image is clearly at odds with that.

I recall making a mistake last year when I purchased some ‘100% chicken breast chicken burgers’ as an alternative to beefburgers. Had a similar sense of disappointment when I realised the meat content of the product overall was much lowe (even if 100% breast) with a thick batter that didn’t seem apparent from the packaging.

It really is disgraceful how companies can deceive with clever yet ultimately misleading advertising on the front of the box which you’d have to refer to ingredient details to really appreciate.

Sadly the money for enforcement of food law has been a sacrificial target through local authority cuts in UK from at least mid 1980s - when demands are made to reduce expenditure, cutting funds for sampling and analysis of food is easier than making directly employed staff redundant. The amount spent on enforcement is absolutely negligible compared to the size of the food industry, too many governments believing that the industry can police itself, despite ample evidence to the contrary. I go on but I’m sure you get the picture. If you are unhappy then best action is to complain to the enfircement authorities, and if you hear nothing in three or four weeks follow up asking what is happening and what is the outcome.

I think simply from looking at comments online that although some like me perhaps notice and feel such a disparity between actual and advertised is poor, it seems that far too many people simply say ‘it never looks like it does on the box/wrapper’ and simply accept misrepresentation of products in so many fields.

Interesting too that cod and haddock are usually specified as such whereas pollack/pollock is made to seem more appealing by advertising it as ‘omega 3’ fish to appeal to the health conscious when in reality most if not all fish/crustaceans are sources of omega 3 fatty acids. 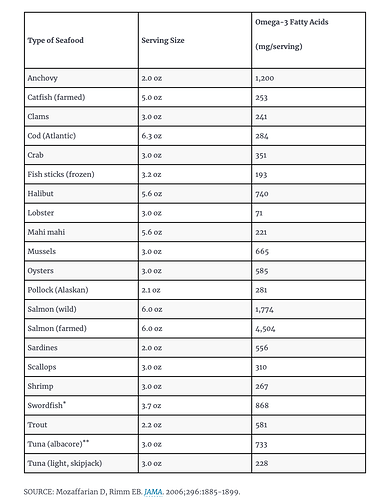 Admittedly I might eat 6oz of salmon but unlikely to eat 6 oz of anchovies but it would at least be nice if that table gave amount by weight not possible serving size to show which are the best sources by weight!

I think only a fool would be fooled by the misrepresentation of most processed food products and the way it is promoted.
Saying that… 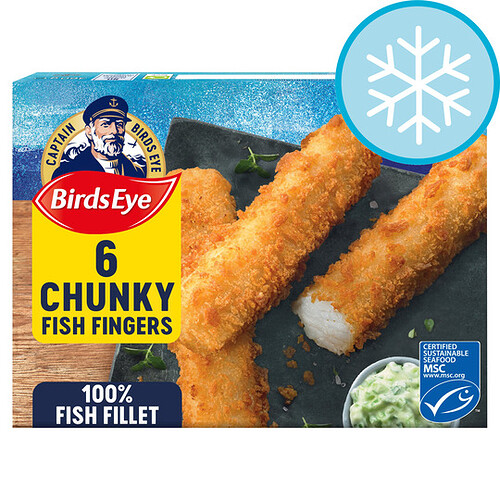 These are really nice and live up to how it is promoted and presented and taste great.

I think the product in question came from buying several boxes of fish fingers at Asda late summer to compare, I still have a few left. The nice ones we cooked first were a combination of frozen Waitrose Cod or Haddock Fish Fingers but I don’t think they’re as good as they were 12-18 months ago.

You may be onto something with ‘chunky’ as a discriminator these days - ‘chunky’ fish fingers never used to exist when I was a lad, in fact my mother used to buy big bags of ‘broken’ fish fingers at a local cash and carry to save money and they were absolutely fine just cosmetically imperfect. Anyone remember the shops that used to sell ‘broken biscuits’?

I think only a fool would be fooled by the misrepresentation of most processed food products and the way it is promoted.

Making a product look as good as possible is of course the rightful art of the advertiser - but if it is misleading in a material way - such as making it look as if the product has a lot less batter or breadcrumb coating to fish ratio than is truly the case - crosses the boundary and is, quite simply, against the law. As for whether people are misled - the answer is that they certainly can be. Many years ago there was a case where a well known maker of fish fingers who was successfully prosecuted for using a photo where peas had bean replaced with smaller green beads to make the fish finger look bigger than it was.

Most forget that when being younger and littler - things seemed much bigger.
Although of course things have sneakily shrunk. 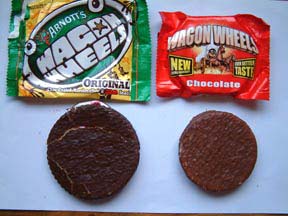 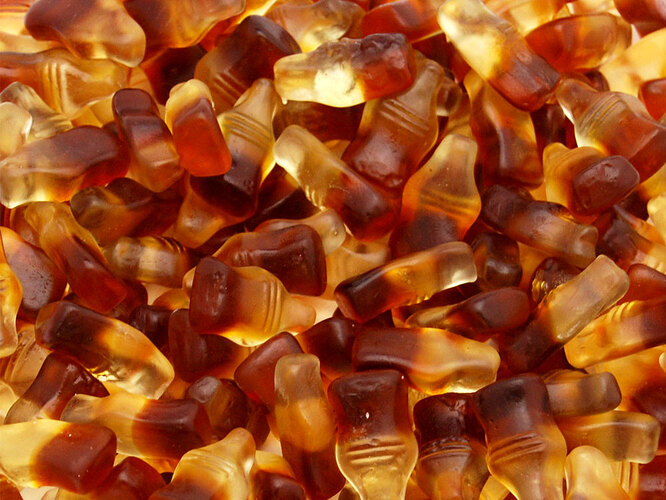 Cola gummies seemed much bigger then than they do now.

Dad used to buy large 3 lb plastic bags of broken biscuits from the local Griffins factory in Lower Hutt. This was back in the 1960s when dad had 6 kids under 10. They were broken and ugly(the biscuits) but did not last long.

Good appetite ! But without me. 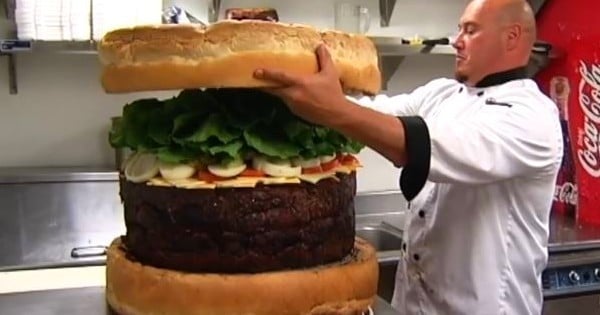 Even before the current food prices soared, many products had shrunk in size, or numbers in a packet, or the taste had suffered. Some commodities had previously gone up in price I think but I’m suspicious that debt-financed buy-outs also meant margins needed to increase.

I’m not naming names in deference to our hosts but I suspect many in the U.K. know of at least one company that was a British staple that passed into the hands of a multinational and is no longer true to the vision of its founders.

Even before the current food prices soared, many products had shrunk in size, or numbers in a packet, or the taste had suffered. Some commodities had previously gone up in price I think but I’m suspicious that debt-financed buy-outs also meant margins needed to increase.

I think you’re correct that this has been happening for many years now.

The ‘new and improved’ type slogans we often see on foodstuffs is always a bit of a red flag that a product may no longer be as good as we’d been accustomed to.

Anyone remember the shops that used to sell ‘broken biscuits’?

Yep, our local market did. And ‘cake ends’ too.

It was a proper indoor market selling good quality fruit and veg, it was really busy and you always had to queue. No cellophane wrappers and there was even some dirt on the potatoes!

The ‘new and improved’ type slogans we often see on foodstuffs is always a bit of a red flag that a product may no longer be as good as we’d been accustomed to.

Yes, that has been my impression - and I remember as a kid my mum saying the same! And “shrinkflation”, with a smaller product at the same price, has become a major phenomenon in recent years. Most are evident to the eye Because the packaging shrinks too, though when done in smallish steps not necessarily obvious. The worst I recall, some years ago, was the giant Toblerone: same size box, but as much “valley” than “mountain” where the valleys had previously just been breakable dips. But this is not illegal provided that the weight and any other quantity indication on the label is changed to still be true - what matters is the label on the product you buy, not what it was on the one sold yesterday.