As the old thread won’t get carried across as something active, I thought I’d get a continuance started.

Disappointed with my lot today with a toothless home display against Blackpool who nicked a 1-0 win. Only positive is Sunderland and Luton drawing so our lead is only cut bu one point. Looking to the business-end of the season, our defence, mid-field wide players are good but I think we need a centre-forward who has some pace, power and a work-rate to make defenders’ lives miserable. Hoping Kenny Jackett will attend to this in the transfer window.

Might decide to hibernate till the end of the season. I think the tension is getting to me.

A decent Cup run and 10th for West Ham (in Pellers we trust).

One thing I can confidently predict, it’s that Spuds will win nothing. Again.

Looking forward to the battle between the current top two, who will blink first?

Crunch game for my team tomorrow. Away at AFC Fylde.

Decades ago, I used to play against both Kirkham and Wesham who subsequently amalgamated to form Fylde’s predecessor. I was born and raised in the Fylde (Blackpool).

As a teenager, I also played pre-season “friendlies” against Kirkham Open Prison. There was nothing friendly about these games. For some reason, we always played at their ground - odd that! Running down the wing with a load of cons on the touchline was always scary. The referee never used to leave the centre circle … happy days

Well that’s set me up for the day. Stood in the wet watching the boy play rugby this morning then off to Fylde after lunch. Game earlier this season we played them off the pitch (for the first time) but after a busy window and the thrashing of Salford the goals have dried up and I’m expecting them to go above us and possibly thrash us.

Four defeats on the spin. No goals. No plan but the gods are being kind to us. Orient lost and Salford could only draw. 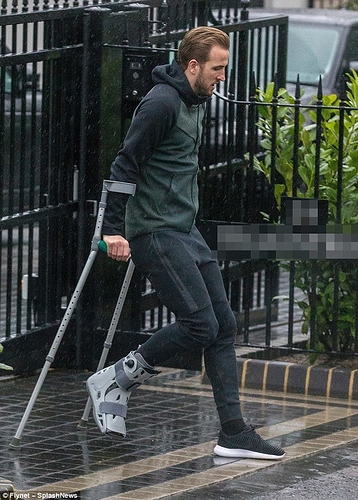 There was a young player named Kane
Whose ankle knock was worse than a sprain
Despite his good touches
He’s now using crutches
And Spurs have no trophies - again.

Enjoyable cup-tie between the Gunners and Man U this evening. Ole’s team deserved their victory. He seems to have injected vitality and confidence into his players.

First win in 5 whilst Salford and Solihull floundered. Heading into February with 4 points separating the top 5.

Andy Murray wanted to end his career at Wimbledon.

Looks like Andy Carroll beat him to it last night.

Andy Murray wanted to end his career at Wimbledon.

Looks like Andy Carroll beat him to it last night.

You’ll be gutted by the result, Kev, especially the insipid performance your lot delivered in the first half. For the neutral though it was nice to see a proper cup tie.

It sounded like a disgraceful performance. Fortunately I missed the whole thing @MDS - I was at a Michael Rother concert. I’d set up to record the game on BT Sport, but I haven’t watched it yet and and I’ll probablly delete it without viewing.

Hope Wimbledon get a good tie in the next round and go on to do well.

@TheKevster - good call to be at the concert, Kev. The recording will only give you pain. Like you, I’m wished Wimbledon well. I never liked them in the Vinny Jones days but what happened to the club, aided and abetted by the spineless FA, was a disgrace so I’ve been pleased to see the club’s resurrection. Being in a league above the MK Dons must have been sweet for their long-suffering fans.

And now Spuds can get on with the real job at hand - crashing out of the Champs League, and not winning the PL by a country mile.

Went to a Saints FACup match at Wimbledon in ‘79 (we won 2-0). Memorable coz I was working at RAE Farnborough at the time (Ariel 6 thermal vacuum testing). Midweek, so I parked the car at Farnborough station and went by train. I got back around 11.00 to find I was locked out - keys were still in the ignition! duh… so strolled into the centre of Farnborough, looking for the local police station to report it, and see if they had a tame locksmith.

There was a solitary chap stood by the crossroads, so I explained my situation and asked for directions. “Oh”, says he, “let’s take a look”. So we wander back to the station car park, and as we approach the car he pulls out of his pocket the biggest bunch of car keys I’d ever seen!

Looked at my Rover 3500, selected a key from his bunch and said “I sometimes have trouble with these”, put the key in the door and unlocked it!..

Needless to say, I thanked him profusely, offer a few beer tokens for his trouble (declined) and did not enquire further into his possession of a large number of car keys…