I’m listening to Frank alongside Harry Connick jnr. Both have impeccable timing and diction as well as a voice that conveys the emotion of a song. I find myself preferring Harry, probably just necause of a slight raw edge. Frank just sounds too slick, too over produced somehow. I’d like to listen to some Frank live to lose that over production and hear him a little more raw. Any fan have some suggestions as to what to listen to from his vast catalogue?

Can’t agree about Frank being over produced but maybe you aren’t listening to what I consider the best era which is from about 1953 to the early sixties when his voice knocks Harry Connick’s out of the window.

I will continue to listen and learn.

From Frank to Cole Porter has led me to Stacy Kent. I like. 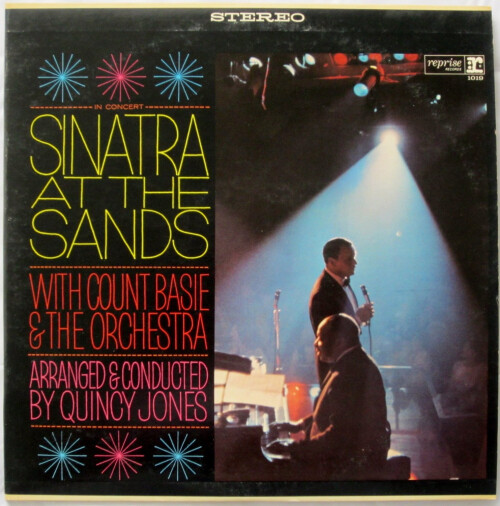 I’m surprised that you’re finding Harry more Raw sounding. Frank’s early recordings are super sweet and, to my ears, bland sounding, but he hadn’t at that point really learnt that unique art of giving truth to the lyrics. IMO His best era is late 50’s through to late 60’s. His voice is less sweet and pure, but much more communicative.

What a great album! I have a few copies of this. I’ve never been that impressed with the UK issues, but I particularly like an early German Telefunken pressing. The MoFi is a good one too. 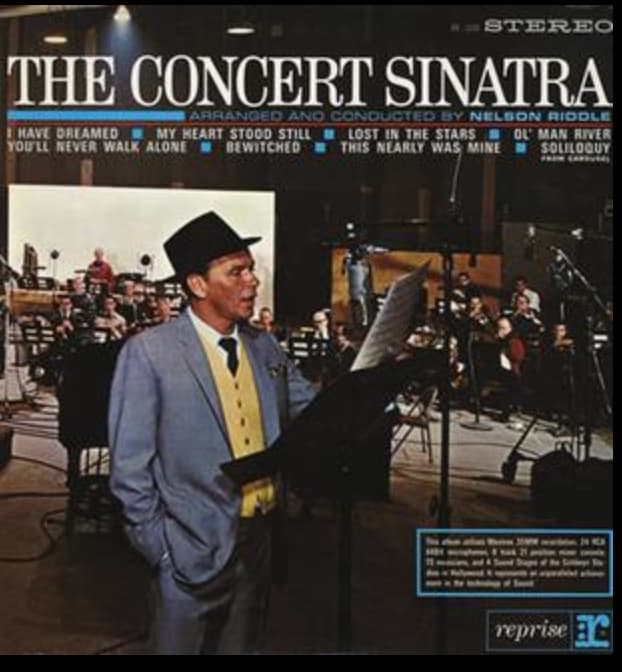 This is an exquisite album -despite being called The Concert Sinatra (it would be one of my Desert Island Albums ) it’s a studio album .

It would be nice to own a good vinyl copy, although the CD rip I have is also good and has the advantage of being able to skip Frank’s dodgy monologues between tracks…
My Vinyl copy is a charity shop find. A Reprise issue. Sounds pretty good, but one of the discs is dished badly enough to cause wow. I will keep an eye out for a MoFi or a Telefunken version.

Thanks all. The Concert Sinatra is excellent quality, followed it by this collection. Excellent selection it seems to me. 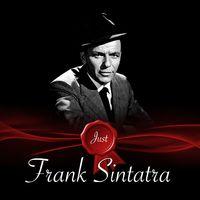 Mrs Bruss thinks I’m turning in to her Dad though.

And on to this. This guy could go far.

My late dad was a big Sinatra fan and this was one of his favourite albums. I have it now. Its a uk pressing that’s suffered a bit and to be honest, I’ve always found it a bit of a chor to make it all of the way through to the end. It’s very flat and lacking dynamics.
You’ve encouraged me to try a different version and am currently listening to 44.1/16 version on Qobuz. Wow what a difference. I’m thoroughly enjoying it and am settled in for the afternoon.
I’ll definitely try and hunt down one of the vinyl issues that you mention!

In my opinion, Frank is best live and there are several concerts available on YouTube. You may be interested in watching him at Madison Square Garden. Some of my favourites are:

I have this and is recommendable, Sinatra in a smaller group setting 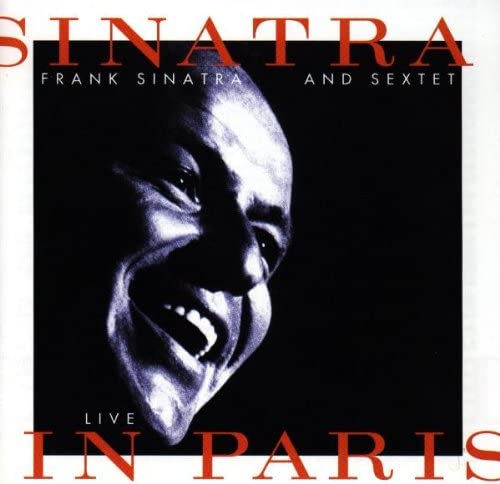 I don’t mind Harry (in small doses) but he’s certainly not Frank.

I’m glad you’ve noticed that he could go far, because if you have the opportunity to analyse his vocal prowess (review of the music sheet) you may notice that as a baritone his vocal control was exceptional and I’m sure he relished in the challenge of timing the half notes, full notes, flat notes etc. From what has been documented, he was known to be demanding and expected the best from everyone and of course himself, often walking away from a recording session because he wasn’t in the ‘zone’ (but apparently he did pay all the musicians that turned up). One thing to bear in mind is that although he tried to strive for perfection, his marital life was often turbulent (many divorcee’s and ‘challenging’ marriage’s). The most acclaimed golf course’s perhaps often offered him much respite and gave him time to reflect upon the natural beauty (manicured to ‘perfection’) around him before coming face to face with the reality of human existence, but before everything else he will always be loved by those he touched: a sensation and shall forever remain sensational

I wrote about Sinatra in a post on the Audiophile thread. I have a number of albums from his Capitol years (1953-61 or thereabouts). My dad bought a lot of these when they were released, and he listened to them a lot. When I started buying them for my collection, I was almost always disappointed. The three CD set, The Capitol Years was good, but on most of the others his voice didn’t sound as I recalled it from my youth. Until MFSL started to release them. What a difference. And it wasn’t the fact that they were SACDs (at least not primarily) - it was the mastering. If you can find any of them, grab them. The Sinatra family terminated their relationship with MFSL about 2015. I don’t really keep up, but I think most of the recent remasters are Reprise recordings.

Also, the 96/24 download of Wee Small Hours is very good. But avoid anything mastered by Bob Norberg.

This guy was really complex. Just read the two biographys by James Kaplan totalling some 1000 pages, yes that much.Growing up in Hoboken NJ he was born just across the Hudson river from tantalising NYC. Unfortunatley his Italian roots did him no favours, I quote the above books, but his mother saw his talent and strongly pushed Frank into the start of his long career. His father didn’t do much to help.
Not always a rising star with potential rival Bing Crosby and others being around at the same time. He was put down for not being in WW2 by fellow Americans.
He comes across as ultimatly some what insecure. But he did make some excellent records particulary for Capital before forming his own Reprise label. His phrasing and a way with a song could be magic.
The Capital LPs were recut using Digital DMM from memory and sounded better for it. These then became a substantial CD box set now at serious money.
Recent TV programmes on non mainstream channels open up his life even more.
In his Palm Springs home he was a model railway enthusiast. Nice place to live?

Frank ran into trouble in Sydney after a comment he made about a journalist. Took the PM to step in a calm things down. 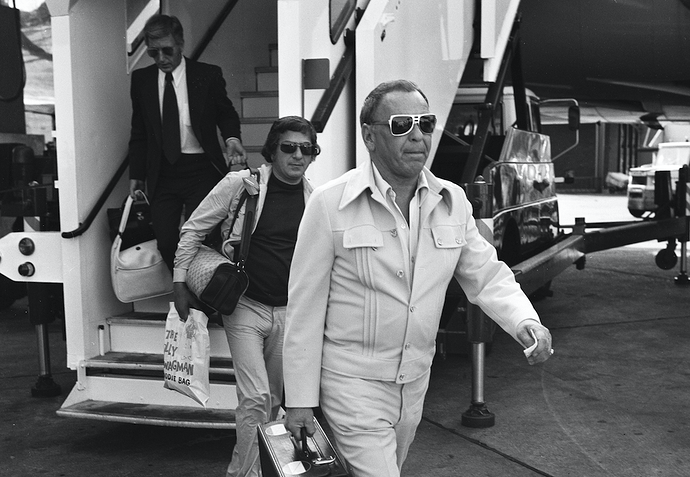 Touring Australia in 1974, Frank Sinatra launched into a sexist tirade against female journalists. Trade unions hit back — by shutting down Sinatra’s tour.