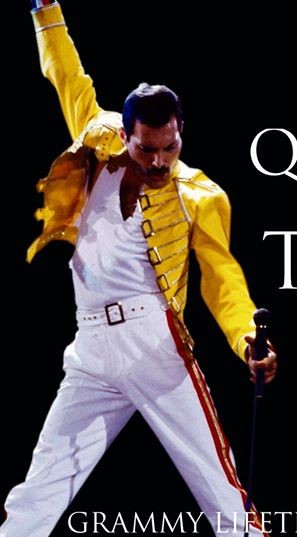 A hitherto unknown recording of the deceased singer of Queen,.Freddie Mercury…

Has been found,reports BBC News.
The recording of the song…

And for a whole decade the search for the lost song has been going on.
But now it has been found,.and the song has been revamped.
Mercury’s vocals have been isolated,.and a new piano recording has been put on.

The new recording with Freddie Mercury,.which has been dead since 1991…is now played in British radio.

You who heard this song,.what do you think of it.?

Its an original Rolling Stones song from the album 'Its Only Rock ‘n Roll’, & I prefer that compared to FM’s, I heard the FM version on BBC Breakfast this morning, sorry but too much trying for effects rather than the meaning in the words - IMO
The outstanding part for me in the Stones version is the Mick Taylor guitar work.

Heard it on the radio this morning. Not one of his best.

Heard it on the radio this morning. Not one of his best.

James_n,…Perhaps that is why it has been forgotten for decades.
Freddie was according to rumors a perfectionist.

Mike-B,…I fully understand what you mean by that description.
When the artist is not able to decide the result, you should probably not have too much hope.

Peder - It just seems to cashing in with the renewed interest thanks to the film. I’m sure true fans will love it but i’ll pass.

Not me, & very deliberately. I am not a Queen fan, yes I have some of the albums & yes 100% for sure they are one of the great stadium (spectacular - anthem - crowd rousing) bands, but interesting music, no, not for me.
As for Freddie Mercury the solo artist, definitely not.

Same here, I liked some Queen stuff, and Bohemium Rhapsody in particular, but went off them as they got more pop oriented, and didn’t like the FM solo stuff I heard - apart from Barcelona.which I did like. I never saw him/them live (though in latter daysI’ve seen and enjoyed Queen’s performances at major British events on TV - but that is not the same, and without Freddie).

I agree with you all three James_n, Mike-B and Innocent_Bystander.

But some songs from the 80-century are stuck in the head.
As well as Freddie’s & Queen’s performance at the Live Aid from Wembley,it was outstanding.

Whoops — It seems I am mistaken over the song “Time Waits for No One”
We have two different songs & different composers with the same title.

James_n,…Perhaps that is why it has been forgotten for decades.
Freddie was according to rumors a perfectionist.