Impressive but also frightening . And it’s not a movie, but 3D printing.

Cabinet meeting. All heart that lot.

@frenchrooster I agree, it is frightening and very worrying. Why is there a need to produce ‘human robots’?
We seem to be sleep-walking into the Internet of Things. Everything connected by computer thereby reducing human contact; Driverless cars, robot controlled online shopping, music streaming decided by algorithms, mobile phone texting.
We might be the last generation to truly live in the real world …

What can go wrong?

iRobot is one of my favourite movies. Weird … 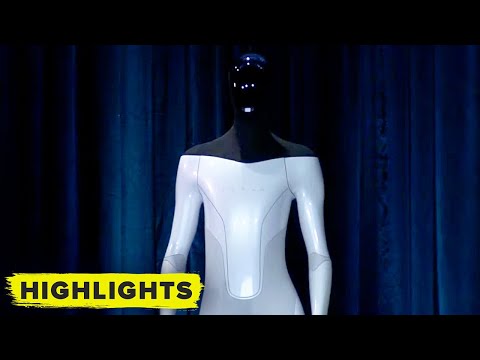 People think that modern technology is getting better and interacting with humans and being “more human”. But the cold truth is the opposite. Ubiquitous tools like FB, Twitter, Slack, half the apps on your phone are actually training humans to interact in a more robotic less analogue way.

We think machines are getting better but we are trained to be more like machines. Reduce a complex range of human emotions to a rigid set of emojis. A profile to a set of tick boxes.

I work in an area that automates some very labour intensive tasks. As one customer told me a while back, “Forgive my colleague being so short with you. Your product is great but it just made 50 people redundant and left him with a team of 2.”

The genie can’t go back in the bottle.

In 200 years, I think we’ll either have graduated past this to an egalitarian post-money civilisation (think Star Trek) or, conversely, go the other way and have banned all computer chips (Dune).

One thing positive about this video is that it happens in South Korea. We can hope it won’t be widespread all around the world.
In that country they are doing dogs clones for rich people, to replace the dog who died. I doubt such things will appear in Europe.

Human beings will always have a purpose and will perhaps be saved once again from performing repetitive mundane tasks. For example, back in the Victorian era people were paid to screw caps on toothpaste tubes before someone (a human) figured out a way to automate the process.

Pinocchio has come a long way since the advent of new technology (3D printing) but it still remains a synthetic puppet as opposed to being wooden and IIRC, his dream was always to become a ‘real’ (flesh and blood) boy.

I have a feeling that us mere mortals will not become obsolete any time soon. Did anyone else see the video of a Tesla on ‘autopilot’ causing a huge tailback because it was too ‘stupid’ to navigate through a tight space on a bridge?

Reminds me of this.
https://youtu.be/FU-tuY0Z7nQ

If you’re not aware this was a comedy sketch based on the Fiat Uno adverts “built by robots”.

With those guys better have robots

Struggling so hard to not say it.

What does you mean ? I am not talking about robots, but robots with human faces realistic as in that video.

Did anyone else see the video of a Tesla on ‘autopilot’ causing a huge tailback because it was too ‘stupid’ to navigate through a tight space on a bridge?

Plenty of human drivers have caused similar incidents. The difference is the Tesla software will ‘learn’ from it. Of course many complex scenarios remain to be ironed out but they are solvable problems and it is only a matter of time.

I am no advocate for artificial intelligence - it worries me greatly - but I think it is very unlikely that your prediction of it being far off is correct.

The internet was barely a thing 20 years ago, the internet in your pocket became mainstream only 15 years ago, online maps has transformed navigation, Musk’s thousands of low earth orbit night sky polluting satellites solve remote connectivity issues. The technological advances over the last few years are astonishing.

But the cold truth is the opposite

This is the reality. Businesses and corporations only exist to make money. Nothing else matters. The human element is secondary and ‘progress’ is about profit margins and not necessarily making life better.

There is an excellent book on this whole subject I can recommend - “Overcoming the robotic mind” by Julian Rose.
This is from his website; 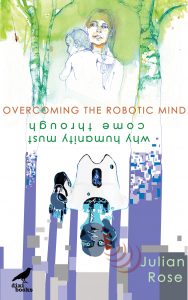 Between the Covers of Overcoming the Robotic Mind – Why Humanity Must Come Through – is a cornucopia of vital information which will combine to dispel the illusions of the unaware and put in place a lucid vision of another way forward for mankind.

Drawing upon his highly diverse experiences as an actor, organic farming pioneer, political activist, broadcaster, social entrepreneur, holistic educator and international campaigner, Julian Rose presents a compelling view of the way to break-through the destructive patterns of our consumer obsessed society, challenging his audience to recognize life’s bigger picture and to think and act ‘outside the box’.

Using an essay style to explore and expose a wide range of contemporary planetary concerns, he calls for a rise in consciousness, so that individuals can fully participate in building a better future together. The book’s title: Overcoming the Robotic Mind, concerns the author’s expose of the anti-life position of the Transhumanist agenda. An agenda that promotes the notion that computer power will soon take-over control of the human mind.

The most interesting (possibly damaging) is the googlefication of knowledge. In the old days you had to read a chapter or two from a textbook - with disadvantage of yourself having to deduce an answer. Today you google till you find a ready-made to plugin to your problem which may be efficient in the short term but hits creativity.

I agree with you to an extent. Sadly too many people have bought into the illusion of being ‘connected’ by smart devices.
Ultimately it’s about enlightenment and whether we choose a human life or a computer one.
(The film The Matrix wasn’t far off the mark?)