The most interesting (possibly damaging) is the googlefication of knowledge

Yes I agree. It also takes away a motivation to memorise facts if you can simply Google them instead. That particularly worries me, the potential reliance on a corporation for human knowledge.

I actually don’t have a problem with the internet, as long as it’s used wisely. It’s the biggest encyclopaedia in the world! Research, sort the wheat from the chaff, gather facts, and make up your own mind.

The frustration I have is the lazy convenience of Alexa and Google Assistant = knowledge and opinion based on AI and algorithms? No thanks.

I expect the tune to Westworld to start playing…

Think harder. Imagine where your iPhone/Android was made. Just don’t spell it out when you realise what I mean. In a way, some fat cats of industry have made biological robots and have used them for years.

What are biological robots ? Humans treated as robots ?

I’m referring to the fact that while some may be developing mechanical robots that look like humans (albeit falling into the uncanny valley), in other countries employers and capital holders of mass production lines have dehumanised staff to a degree where they are operated as robots, performing the same tasks. They merely require the occasional top of of fuel (food) and recharge/toilet time.

In this respect, one has to wonder whether automation is always bad. Short term, yes this provides employment and surely that’s better than starving on the street. Longer term, can we evolve somehow where robots do robotic tasks and people (all people) are re-humanised?

I understood you. I agree, it’s a difficult point. Not sure what is better, however I tend to think that generally human rights are positively evolving, even if there’s so much to do to ameliorate them and expand everywhere. A society with androids would be more of a nightmare I think.
The serial movie « Real humans » from 2012 was excellent.

But why are the South Koreans making and army of western looking slaves? Makes you wonder.

Funnily enough that NTNOCN sketch sprang to mind as I watched FR’s link. 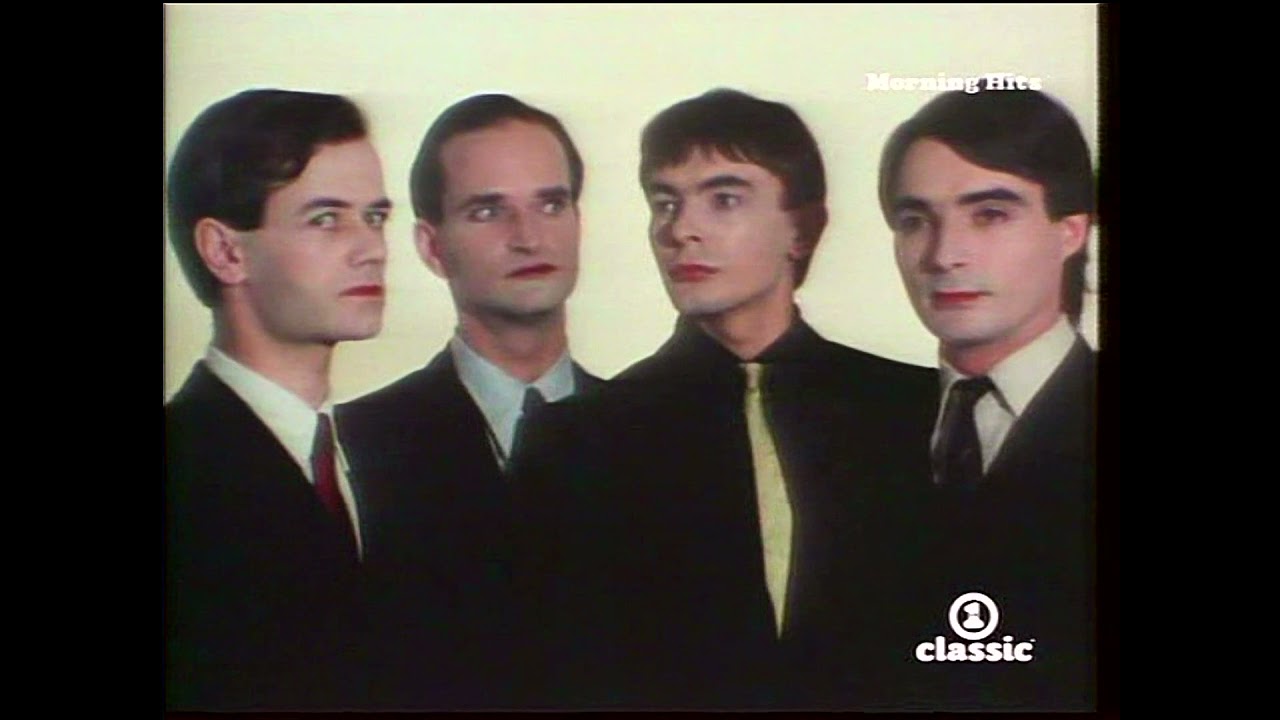 The risk is to politically deviate here….

The most interesting (possibly damaging) is the googlefication of knowledge. In the old days you had to read a chapter or two from a textbook - with disadvantage of yourself having to deduce an answer.

I’m quite frustrated with the degree to which our education systems have been infiltrated by large corporations and so much is hidden away online. The kids have to use Google Classroom for most of their work. This means that most of their work is hidden from us as parents - you can’t peruse a ‘standard’ physical textbook to see what the coursework entails as it’s virtually all fragmented online.

These systems were incredibly useful during the pandemic of course but with such a small amount of schoolwork/homework being done with pen and paper, I feel quite disadvantaged by the system in terms of being able to help with their education.

I’ve heard from parents with kids at other schools how frustrated they also are that teachers often link to videos on YouTube as tutorials/resources or tell the kids to use the internet to find the answer. Is it all about laziness or penny pinching in education? In a practical lesson at school a few weeks ago the teacher couldn’t be bothered to inspect the childrens’ work directly and asked them to take a photo with their mobiles and upload to Google Classroom for ‘marking’.

The flipside having been to a local beach yesterday at low tide and found some odd C shaped ‘rubbery’ items in the sand, was that it didn’t take long on Google to discover these were moon snail egg cases. 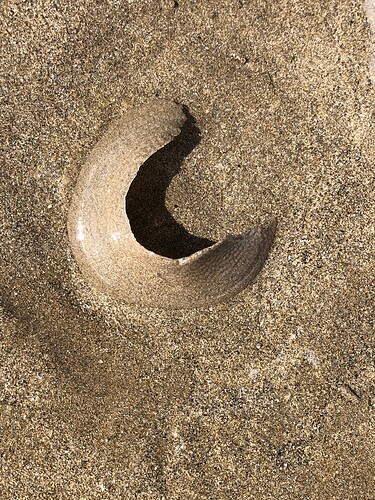 They are carnivorous and one species apparently devours crabs drilling into their shells with a serrated/toothed radula/tongue aided by secreted acid.

Then you find odd things by following links in articles such as the first taxonomic usage of a Welsh word ‘ysbryd’, which I found by clicking on ‘radula’ which links to EM images of the tiny teeth on a slug’s radula, one of which came from the National Museum, Wales showing the ghost slug’s EM image. Ysbryd = ghost.

The radula (UK: /ˈrædjʊlə/, US: /ˈrædʒʊlə/; plural radulae or radulas) is an anatomical structure used by mollusks for feeding, sometimes compared to a tongue. It is a minutely toothed, chitinous ribbon, which is typically used for scraping or cutting food before the food enters the esophagus. The radula is unique to the molluscs, and is found in every class of mollusc except the bivalves, which instead use cilia, waving filaments that bring minute organisms to the mouth. Within the gastropods...

The most interesting (possibly damaging) is the googlefication of knowledge

This might have been the case a few years ago.
Even a cursory search could find sites that hosted footage they didn’t show on the news.
These days it’s the “404” and I’m not particularly interested in going further into the “dark web”

I agree that googleisation has a lot of coins, specially for children in schools who don’t bother to read books and make efforts in the understanding and memory.
But don’t forget all the pros too. When student in the 80’s, specifically during psychology studies, I remember how time consuming was to find the right book. I had to go in several specialised book shops to find the book I needed, or spend a lot of time in my University library to borrow it and print it ( and the cost involved).
Life for students is easier today.

Yes. Totally agree.
I decided on an electric guitar build for my gcse woodwork finals.
The woodwork teach loved me asking about sourcing American flame maple.

I try very hard to understand Toby. Maybe should I drink 3 coffees.

Well I spent far too long in the school and local library studying books about guitar building.
This seemed all like esoteric knowledge not readily available for all.

The wonder is that we can’t / won’t see that it’s we humans that are actually the tech slaves - to mobile phones, social media, tv advertising. Corporate big tech firms are now the masters, as you rightly allude to.
The mass produced human robots will become the ‘friendly’ front-of-house face of shopping. They are already being trialled in China and Japan.

…or increasingly watch on our wall-size TVs whatever the equivalents of Love Island or Naked Attraction are in that glossy, couch potato future, while zonked into blissville on government psychotropics…