But you’ve just described the present… and recent past.

I have a feeling that us mere mortals will not become obsolete any time soon.

But nature may yet find a way of getting rid of us, or reducing us to a small, harmless population. (Or if nature doesn’t, human nature in the form of a despot hitting that button…)

That is what was said when I was at school in the 1960s: robots would be developed, and we humans would reap the benefit. The reality of course is the super-rich reap the benefit, and there are more people destitute than ever before…

In Japan the robots look more like a robot than a human. We are far away from Androids for now. 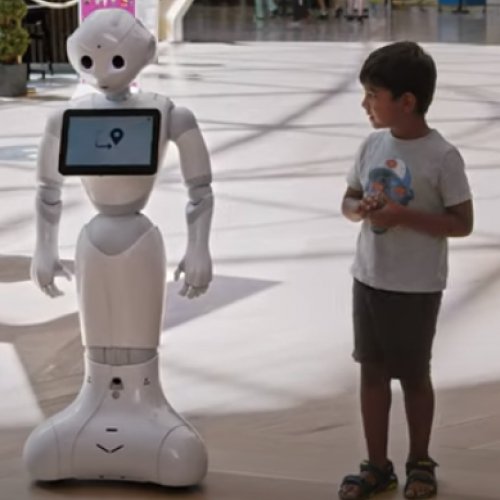 Maybe the Blade Runner reality will begin in 100 years….

That kid is going to push that robot over and pee on it to see what happens.

Robots are not what really concerns me. Even automation to a degree I am okay with long term. Though the short term social upheaval and inequality is a concern. Civilisation’s growing pains cannot be avoided. We will overcome that. It will be painful. It will not be fair for many people. In the larger scheme of thousands of years, it will (I hope, rather than know) be beneficial.

As mentioned, I am far more concerned with the dehumanisation of actual humans as we change to better interact with technology rather than the other way around.

But every time I turn on the news I am reminded by how much humanity is already something that can slip through people’s fingers.

Humanity is ultimately doomed…in the not too distant future…our legacy will be our machines and genetic developments… Terminator is definitely coming…hopefully not in my lifetime! There is one interesting development the extension of human lifespan I predict it will take a huge leap within the next 50 years…it will need to as fertility is set to plummet… gosh I am such a happy fellow!!! ‘‘Always look on the bright side of life…de do deee do’’

Today you google till you find a ready-made to plugin to your problem which may be efficient in the short term but hits creativity.

Unless of course there is spoon feeding, I have a friend who is a digitisation librarian, the lecturer decides the required reading, she has to source a digital copy, if not available, find a hard copy, obtain copyright release, scan the pages and upload the the subject account. The students are sent an email, log onto their account and download it.
When I was a student, the bulk of my grant was spent on books. Then as a parent, my son was set a history homework, rushed to the library straight from school amd borrowed the only book on the topic. Spent all night reading, getting us to check the facts. This was pre IT, he got a D, when we challenged this, we discovered the book was written from a Catholic point of view, the teacher regarded the facts as incorrect!

the lecturer decides the required reading, she has to source a digital copy, if not available, find a hard copy, obtain copyright release, scan the pages and upload the the subject account.

Luxury! When I was a lecturer I had to do all that myself.
In spite of that, digitisation was a huge improvement on paper based sources. Increasing student numbers meant there were never enough copies in the library and some toe rags would rush to get hold of a copy and then physically cut out all the most relevant pages. I used to spend ages making multiple copies of the required readings and became a Xerox ninja in the process. However, recommending any books for background or context reading doomed them to mutilation. 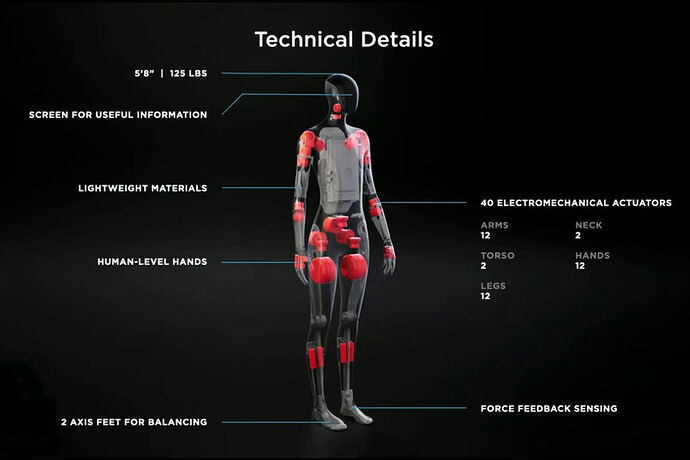 Why is there a need to produce ‘human robots’?

There could be a lot of benefit, if done properly. Imagine a future world where all the mundane work - mining, road building, sewage works, construction, car making and so very many other things - were done by robots, and everyone was, initially at least, given enough money to live with and buy the things they need. They could then spend their time doing more useful and enjoyable things - even if, for them, that just means sitting by the pool sipping beer. Why should we work 9 to 5 (or whatever) doing jobs that can be done by robots/AI etc.? Especially if they can do it better. There would, I am sure, be plenty of useful things for people to do - largely in the entertainment and service industries, but also in science research, for instance. This might, at least in many situations, lead to more social contact - because people will feel that they have time to do that, rather than rushing from job to shopping to housework or whatever. There would be much less traffic, probably, because there would be less need to commute.
It is difficult to see the route from here to there, though. Many people judge others by the work that they do (particularly, I get the impression, in the USA). And for many, the idea that people could be given money for nothing in return seems absurd (it really isn’t). If robots could mine or grow the resources needed, and from these make the things that we want or need, then so long as the people that they displace are given a decent life, and the means to live it, I don’t really see the downside. Of course, the Musks/Zuckerbergs/Abramovitches etc. of the world would be upset, because it would make it more difficult for them to accumulate their billions. I wouldn’t cry very much about that.

It can - and I think there is a potential problem here. I remember Blair, years ago, saying that there is no need to teach knowledge (facts) because you can get them from the Internet. I think that he was wrong. We progress by putting (possibly apparently unrelated) facts together and synthesising something new. You cannot (easily) do that if you do not have any facts, relying instead on the Internet. You need both - the internet as a source of facts, and a good store of facts in your brain, plus the ability to connect them in novel ways.

Yes, indeed - I have often ruminated on how very different my PhD thesis efforts would have been with the internet and computers in their current form. I could have done so much more.

Some might do this - if they don’t already. But would that really matter? A huge number of other people will be doing things that they like - things of which you might approve - rather than slaving away in a job somewhere achieving nothing that a robot couldn’t do better.

more people destitute than ever before…

Well, there are more people than ever before, so that is no surprise. I don’t have figures on the percentages of people who are destitute over time.

If robots do all the tiring or non interesting tasks , what will the society do with all the people who have made no studies, who have not acquired a specialised job? It will probably increase drastically unemployment, homeless people….?

It will increase unemployment - but that isn’t a problem if everyone gets a living wage (or has food, shelter, warmth, clothing etc. provided for free - and why not? The robots create and provide all these things). We have a mindset which says that employment is good, unemployment is bad. Or, worse still, the unemployed are bad. There will be no homeless people (because robots will build homes), except those who elect to be homeless.
Getting there is a problem. Who builds the initial robots? We could do that now, largely, but they have to make a profit. So building robots that will build other things for free requires either government intervention, or philanthropic rich people. We can but hope.