Son wants a gaming PC (unsure why when he have a PS4/5, Nintendo Switch available to use).

Personally not that keen on the idea not being familiar with recent Windows builds as primarily concerned about security and inappropriate content, but…his mates all seem to be migrating to PCs and VR headsets.

More than happy to build one myself from basics, but chances are there’ll be more vfm by getting something off the shelf provided there are decent upgrade options.

A 512GB SSD and 16GB RAM would be a baseline I think and an Intel i7 or AMD equivalent. No idea about gfx cards these days.

Any thoughts, looking low-end with upgradability or a bit more expensive but certainly not ‘leading/bleeding edge’ with the attendant markup.

Maybe more importantly if I get something from say PC World for simplicity is a question of what to avoid!

Out of the box, both Lenovo and Alienware do dedicated gaming PCs. But to be honest, I share your sentiment.

The up to snuff graphics cards burn through serious power, needs loads of fans or liquid cooling. You end up with this large box with a 1Kw power supply chewing through the electric bill and in 2 years, the lower cost lower power consoles will do the same performance. I used to always have a high spec gaming PC as well as some consoles until about 10 years ago. It just wasn’t worth it for all the above. It’s a lot of money to just be 18 months ahead of the console curve and the quality of the games and resolution is no longer really any better.

But, yeah if you want to keep you son happy the Lenovo or Alienware are the simple solutions. Self-build is also not hard but unless you do that because you enjoy it and take pride in selecting a unique case etc, there’s not a huge benefit.

If you ask 100 nerds about preferences on CPU and graphics card and motherboards for this, we will give you 100 different answers… so I’m keeping that to myself

I’ve had a slightly different experience.

I bought my son a highly powered PC for school work and for gaming, so it has a lot of memory, good graphics cards etc but not leading edge. Fast though. What he did focus on more however was the mouse, keyboard and monitor resolution. The mouse and keyboard take a battering and to my untrained fingers just have bigger springs. The keyboard is like a 90s throwback but with coloured lights. The mouse is ergonomic.

There was no substitute for getting hands on the kit and trying it and for that we went to Curry’s which had a gaming section set up. That’s how he made his choice. They let you get on with it and genuinely were balanced in advice. The up-sell was around warranty type and financing products which we didn’t buy and never needed thankfully

He and his friends gamed during lockdown. Post lockdown he and those same friends are invariably on the river with their rowing club, training, hanging out at someone’s house, doing something social, chatting to actual girls or as seems to be the case just now, playing the piano.

The PC barely gets used. He spends time on his iPhone, or works on his laptop but i don’t hear the screaming that comes from gaming any more, nor do I see the sullen, aggressive behaviour it leads to. He also gets on better with his sister as he’s no longer permanently annoyed, she is his style guru and general wingman, and he is her homework guide.

If you want to see what is available, current and get prices, have a look at the Overclockers website. I went on their a couple of years ago to look up specs and prices and ended up modifying one of their models and getting it built and delivered for a lot less hassle than doing it myself. There are alternatives, but being able to choose components and see the cost as you go is a very useful tool.

I’d forgotten about that site, thanks for mentioning it.

The more I think about it, the more negatives I can think of.

High power consumption vs console/existing devices (I didn’t realise there at least 3 PS5 release variants with differing consumption of up to 30W or so for the same model).

How are games delivered these days? Most of the gaming PCs I’ve looked at don’t have optical drives, so presumably games are mostly via download or subscription to Steam (or similar) which I’ve never used. I hate game downloads as he wouldn’t really be able to sell them on/trade them in the future unlike Nintendo cards or PS optical discs.

He’d likely need a new fast refresh rate monitor too as the small TV/monitor he has probably wouldn’t suffice.

I’d imagine PS/Nintendo controllers could be used with a PC, either natively by games or using a software utility to do so.

To get performance much better than the PS5 I’d imagine would not be at all cheap, or perhaps not noticeable without a high refresh rate/low response time monitor.

Monitors are cheap (and nasty) but the controllers can’t be used. In general serious PC gamers use a keyboard and mouse.

He and his friends gamed during lockdown.

We barely see our son during evenings/weekends as he’s constantly in his room either online gaming with friends or doing homework.

I fear a gaming PC will be yet another distraction from schoolwork. When I got ZX81/BBC Micro in the 80s I was absolutely addicted and I’m sure my academic performance suffered as a result.

I’m too soft with ‘screentime’ controls on his iPhone/iPad and always tended to grant more time once he reached his limits so have now turned that off, especially as he needs certain apps to collaborate for homework apparently (I wish there was per app granularity).

I really can’t see the point in all the rainbow coloured lights in the cases/peripherals either - exciting for the kids maybe but would add to the cost with money better spent on core components especially if you’re in your room and no one else sees it!

… He spends time on his iPhone, or works on his laptop but i don’t hear the screaming that comes from gaming any more, nor do I see the sullen, aggressive behaviour it leads to.

That sounds familiar - every night he’s screaming/squawking online with mates - it’s good he has some nice pals these days as he was bullied in primary school, which is largely why we allow it, but some of these lads seem a bit less academically inclined.

It’s really tricky to know what to do for the best here, and as you are undoubtedly aware during teenage years, the present list is very expensive.

Monitors are cheap (and nasty) but the controllers can’t be used. In general serious PC gamers use a keyboard and mouse.

Thanks, surprised controllers can’t be used as he can pair them to his Mac or iPhone/iPad (PS5 ones anyway).

That’s the other issue, too many platforms - Apple/Nintendo/PS then add a PC? Too many subscriptions and software purchases tied to an individual platform.

One of the things I did on the Overclockers build was change the case from one that lit up like a Christmas tree to a plain glass sided box. The saved money took the graphics card up a level. I added two cooling fans as its previous location was warm. I upgraded the power supply by about 150W. Being able to see what the changes were doing to the price was very useful. I hate Steam, but use it. I tend to play the same few games and can’t remember the last new game I bought - Elite Dangerous I think.

High power consumption vs console/existing devices (I didn’t realise there at least 3 PS5 release variants with differing consumption of up to 30W or so for the same model).

I’ve not used an old Mac Pro for a few years now simply due to the high power consumption of probably over 500W (certainly after I upgraded the graphics card), the study didn’t need any heating when that was used.

Years ago I spent hours and hour playing this and the sequel - I think it’s on Steam: 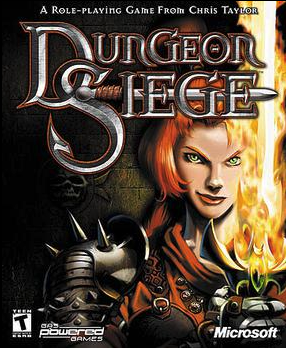 Perhaps boring and repetitive by today’s standards but I loved it.

While graphics are almost cinematic quality now most ‘blockbuster’ titles I’ve tried are rather mundane or seem to require too long to get going. I wandered around in a blizzard for ages in Red Dead Redemption II and found it all rather mundane, perhaps I should try it again.

He and his friends gamed during lockdown.

We barely see our son during evenings/weekends as he’s constantly in his room either online gaming with friends or doing homework.

You can never tell. My neighbour is a psychiatrist at a centre treating gaming addiction and hist 12 year old son has never once played a video game in his life - such is the fear his parents have.

On the other hand, I was a total gaming recluse from the age of about 7 onward with my first 8-bit Nintendo. I did just 3 things:

And could do video games for 12hrs a day no problem. And yet I pulled through. I’d go as far to say that my happiest childhood memories centre around cozy winters in my room alone having great adventures. They helped me exercise concentration and problem solving and yeah, killing zombies was fun too. I could still do it if I had the time but I don’t. No one ever limited my time and up until kids arrived, I could still do dawn to dusk gaming now and then. But never neglected responsibilities. And I know others who are not socially functional.

I really don’t think they cause anything bad at all but they are easy to latch onto for people that have certain latent problems. And playing games constantly when young is still pretty hard to judge. I’d say, be watchful for problem signs, but not overly concerned by the time spent itself.

I did just 3 things:

Happy memories since screen time wasn’t an issue in the eighties.

his mates all seem to be migrating to PCs and VR headsets.

I suspect your son will want something slightly better than his mates have.

A friend who is really in to flight simulator stuff bought an über expensive machine from Scan (in Bolton) & he has been very happy with it; they were also very good at solving an after sales issue (coolant leaking?).

They have all sorts of suggested but configurable machines to suit many budgets.

How cruel. How true

Every so often on this forum, someone inevitably spouts Total Bollox.

I’m late 60’s, an inveterate PC gamer for decades, since Bob Supnick’s “Adventure” and the follow-up “Dungeon” on the PDP11 back in the 1970s

And I build my own and the daughter’s gaming PCs.