The post on the Transcriptors TT and reference to the Garrard 301 set me thinking about its (very) junior version: the Garrard 4HF.
I bought one for which my father built a wooden plinth. Superficially and from a distance it looked much the same as the 301 but built to a lesser standard. Came with its own arm and crystal cartridge. We plugged it into a 1960s radiogramme bypassing the built in Collaro autochanger. On reflection it probably wasn’t much better. The 4HF cost about £13 when the 301 without arm cost more than double.
Eventually I graduated to the 301 but without the strobed platter. I had to wait as a back order to get the strobed one. Really looked the part!
Then it was an LP12 which was another step up at the time. 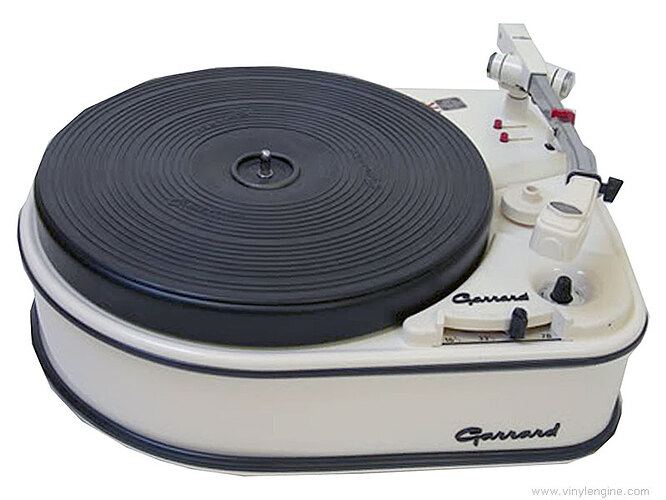 There was a time when they could be picked up pretty cheap, but they’ve now been blessed with the 301’s fairy dust.

I’ve never owned one (301 and Collaro 4T200 here), but from what I’ve read the rheostat used to provide the variable speed is prone to failure.

It looks better in its own plinth than by dad’s woodworking and he was pretty good at DIY.

OK and thank you.