There is a question which I know must be on everyone’s lips this weekend… do the Buccaneers have ANY chance at all against the Chiefs in Superbowl LV on Sunday (even with home-field advantage)??

Particularly interested in the views of our cousins on the west side of the pond.
Can Brady get that 7th ring?

Lets have some predictions!

Not on my lips. Mostly because I have no idea what this thread is about.

I would say never to count Brady and the Bucs out of it. Funny how games like this can go. I just hope it is a good game and not a run away.

I always thought Brady was successful through being in great teams with great coaches, but have to begrudgingly admit he had a great season and made some amazing plays to win the Championship game.
Kansas’ offense is the future of the game - I really enjoy watching them, tomorrow night has the potential to be a very high scoring game but I can’t see the Chiefs losing…

Nice to hear from a Cheese Head!
I felt your pain. I didn’t see that one coming myself. I really thought that Rogers was the man to stop the Bucs, especially at Lambo Field.

Like you say, Brady has surprised a few ‘disbelievers’ this season, and fair play to the guy. I don’t think there’s any doubting his talents after the job he’s done with the Bucs.

Agree with you regarding the Chiefs. Probably the most watchable quarterback in the league, and with so many weapons at his disposal it must be a nightmare for any opposing defence (sorry…defense). But with so many growing stars, how long before the pay cap bites, and the Chiefs start having to dispose of some of their stars? Kelsey and Hill, to name just two, are likely to become very expensive commodities in the near future.
I understand that the Saints are already in that predicament for next season.

I suppose my disdain for him comes from watching the sterile and stifling brand of football the Patriots played, Belichick is a genius coach without doubt, but his teams for me have always played ‘by the book’ and lacked flair.
It will be interesting to see how long the Chiefs can keep the big guns - Mahomes is tied to a 10 (??) year deal, and loyalty doesn’t seem a priority for most players… But I have read recently that Brees has renegotiated his deal several times for less money to keep other guys there, something I also hear Rodgers is prepared to do as Green Bay have a lot of talent out of contract now

No Cardinals, no care

…all the way with the GOAT. I will be rooting for the old man underdog!

I think it’s a measure of the talent in Mahomes and the Chiefs team that a 6 times Superbowl champion could be regarded as an underdog (but totally agree by the way)!

Eagles fan here, will be rooting for KC.

Broncos here (ah, the days of the Orange Crush and the Three Amigos).

Never particularly liked the Bucs apart from that ship, so go Andy Reid!

I’m with the Owls. 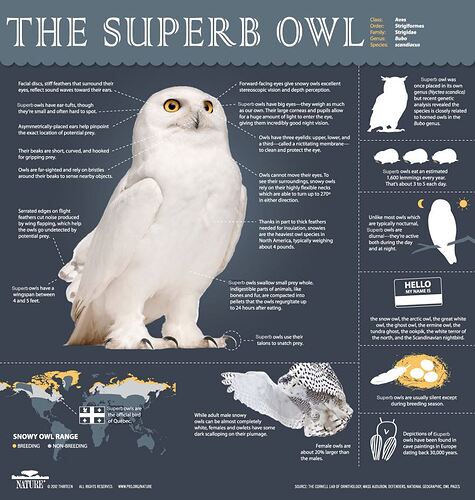 The two week gap between the conference championship game and the Superb Owl historically favours the defence in which case the Buccaneers will come out on top.

Easy to draw parallels between Brady and the Bucks with the 2015 Broncos defence and a very efficient offence of Peyton Manning.

KCs defence is the weakest team playing tonight so I am going with the GOAT.

Less than 2 hours to go now. It’s getting exciting.

Final checks before the game;

I am starting to think NFL games are like pro wrestling…

Could I borrow your crystal ball sometime please?

Yes the old man, the GOAT, playing in 10 Superbowls over 21 years, on the winning team in 7 of them and named Most Valuable Player in 5.

Then at the end of the game he announces he is returning for another year when he will be 44 years old by the start of the season. Hell the GOAT may add another Super Bowl game to his legend next year and perhaps back to back victories like he did back in 2003 and 2004.

The Baby GOAT is going to have to stay healthy and hope he has the coaching and the teammates around him over his career to catch up.

Reminded me of the Seahawks - Broncos SB (43 - 8…ouch). KC just imploded (those stupid penalties!) as Bucs defense swarmed the KC rigging. I was hoping Kelce would be a threat on a par with Gronk…er…nope.

Mahomes will be back. He’s young and very talented.

You have to hand it to Brady and the Bucs. They showed up, and how!

So how will Superbowl LV be remembered?
The immovable object meeting the unstoppable force? Only on this occasion, the ‘unstoppable force’ didn’t really perform, whereas the ‘immovable object’ upped its game considerably and just refused to be steam-rollered. The Bucs defence was simply absolutely magnificent.

Stopping the Chiefs is no mean feat, and it’s all very well, but then the Bucs still had to find a way to put some points on the board. Enter a certain Mr Brady with a well drilled and well choreographed offence. No fireworks here, just a measured and totally professional performance to put the Chiefs in their place.

I’m not sure I totally agree with Tom Brady’s MVP award? A number of the Bucs defensive players could have been more deserving of that accolade in this particular game.
BUT…the influence and impact this guy has had on the Bucs franchise throughout the entire season is truly astonishing.

Well done Tom on that 7th ring! I doubt I’ll live to see that record beaten.